HTC Vive has Announced Vivecon 2021 in May 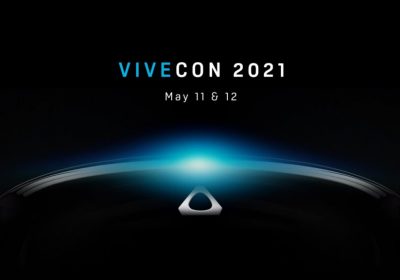 There’s excitement in the air thanks to HTC Vive at the moment. After a teasing headset tweet last week followed by a blog post (more on that below), today HTC Vive has announced Vivecon 2021, an event set to take place in May that could well see an official all-in-one (AIO) headset reveal.

This is going to be the very first Vivecon and HTC Vive isn’t giving much away at the moment, only confirming the date as 11th – 12th May 2021. Giving the current situation with live events this is very much expected to be a purely virtual show, probably in a similar vein to the 2020 Vive Ecosystem Conference (HTC 2020 VEC) which was held entirely in VR Education’s ENGAGE platform. In fact, the platform is part of the Vive XR Suite which officially launched last year with the capabilities to host big virtual conferences.

Digging in a little deeper, the Vivecon 2021 image definitely resembles the curve of a virtual reality (VR) headset so it’s now looking like the official reveal of HTC Vive’s next device is just a month away. Also, there’s the small fact of HTC Vive’s recent proclivity towards plenty of teasing reveals for new hardware. There’s been the Vive Tracker 3.0 and Facial Tracker, then the above image which hinted a first look at a (possible) headset.

Plus there was this little beauty (below) that just dropped onto HTC Vive’s Blog with the title “VR Headset?” Followed by “VR Headset – Confirmed.” There’s not much to be gleaned from the image, but you can see the indent from the top central strap plus the side straps and back do seem to be ridged – so no soft strap here like Oculus Quest 2.

Many are expecting HTC Vive’s new standalone headset to be enterprise-focused, much like the Vive Focus Plus. If that is the case then it remains to be seen if Vivecon 2021 is going to be more of a business-led event with networking and presentations gearing towards XR professionals or whether it’ll entail a consumer arc with videogame announcements and such.

Hopefully, there will be plenty of surprises in store at Vivecon 2021, so mark it in your diary and when further details arrive, VRFocus will let you know.