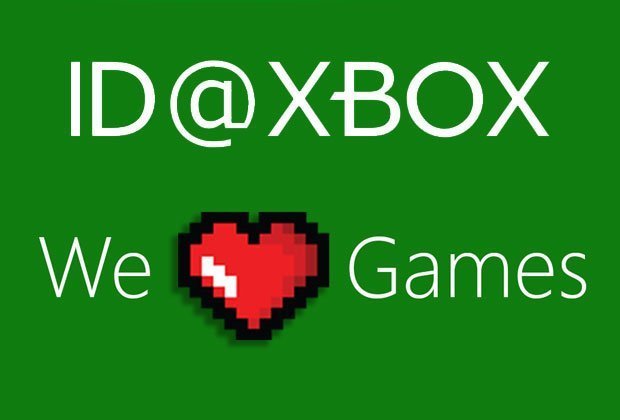 Every year, Microsoft hosts a little event after GDC designed to show off what [email protected] titles are coming up in the months ahead.

Proper little gems like Cuphead, Moonlighters, Thimbleweed Park, Superhot, Outlast and more have debuted on Xbox One here – shown to press as a celebration of smaller games, shining a light on little titles that might otherwise get overshadowed by the triple-A juggernauts that headline E3 or Gamescom.

As a journalist, I’ve been to this event for four years in a row – it’s a great opportunity to see what Microsoft is doing for smaller developers, proudly outlining how the [email protected] brand allows indies to take advantage of the Xbox One platform. There’s always an amazing vibe here, often with developers showing off titles on console for the first time – and the nervous energy is palpable.

Microsoft doesn’t interfere too much: press turn up, rotate stations and get to sample the upcoming release slate for the programme – it’s low pressure, relaxed and promotes enthusiasm and respect between press and developers

The games that launch here don’t necessarily stay exclusive to Xbox One for long (Cuphead is coming to Switch later this year, for example), but the developers get a ‘head start’ on Xbox One via the programme.

“I think if [platform holders] support indies, everyone benefits,” explains Agostino Simonetta, European regional lead for [email protected] during an informal chat at the event. “You see how we work with developers to help make their games more visible, and you also see Nintendo doing it.”

A rising tide lifts all ships, so to speak, and [email protected] is certainly a noticeable tide.

The programme saw a massive 500 new studios added to its roster in 2018 and represents 67 countries across the globe (Simonetta jokes: “There’s an [email protected] developer in every continent… except Antarctica”).

Over 1000 games have released via the programme to date, and there are over 1,600 in active development – Simonetta and Microsoft know that the future is in indies, that smaller studios have the same potential of creating a critical and commercial hit as the industry behemoths, and are investing in that future as we move from the comfort zone of the Xbox One and PS4 into what appears to be a more streaming-orientated, online future.

To that end, the impact of [email protected] on the platform is massive. Over 4,000,000,000 (that’s four billion!) hours have been committed by players to [email protected] games – a clear indicator that there’s a massive hunger for these titles, for these smaller experiences.

Thanks to subscription service Xbox Games Pass, we’ve also seen Microsoft reach out to gamers and allow them to play games that might otherwise be outside of their comfort zone – Simonetta told us about 40% of people that played Curve Digital’s Human Fall Flat on Xbox Games Pass had never even played a puzzle game before.

“On average we see a six times increase in usage for all the games that go into Xbox Game Pass. So, on average, a game goes into Game Pass, number of people playing it goes up by about six times. That varies, depending on the size and recency of the title, obviously, but that’s the average across the board.”

So the players benefit – getting more chance to play more games, for less money – and the developers benefit, too. And not just in exposure. Microsoft notes that over $1,200,000,000 has been generated in digital revenue via the programme – meaning developers don’t just see a basic return on their projects… they see an incredibly healthy return on them.

So as we head into next-gen territory – and a less-hardware focused future – will Microsoft continue to support [email protected] the way it has for the last four years? Will the publisher be tempted to lean more into triple-A, relying only on massive games to kick off the next-gen?

Simonetta doesn’t think so – in fact, it’s refreshing and reassuring to hear a Microsoft spokesperson reiterate that the developers come first (no matter what size the studio), and will do for as long as [email protected] continues to operate.

“I think it’s important we always evolve the programme to ensure it benefits developers,” notes Simonetta.

“We’re always looking to expand our partners and give them access to tools and promotional activity to help get more people playing the game. You’ve seen the inclusion of many [email protected] games launching day-and-date with Xbox Game Pass and so far 125 developers have brought their games to Xbox Game Pass either simultaneously on launch date or as part of our monthly additions.

“We also work with developers to showcase their games at PR events and tradeshows such as next week’s EGX REZZED where we will have 30 playable games.”

It’s this kind of support, this kind of bump to visibility, that is important to smaller devs when trying to breakthrough in the industry – the value of seeing a game at a show or in a sizzle reel at E3 can’t be overstated: it’s how the vast majority of the gaming audience learns about titles that otherwise wouldn’t cut above the din.

“Last week we also launched the new [email protected] Game Pass stream show which gives us an opportunity to showcase new gameplay, chat to developers and reveal new games, to a global audience.

“All of this activity is about getting more people aware of the games available through [email protected] and we will continue to look at how we can increase exposure for those games across global and local activities.”

The future is bright for [email protected] then, and the programme continues to be a boon for players and developers alike.

We’ve already seen the service birth some astonishing games – Cuphead, Below and the upcoming Void Bastards are the ones that jump out right now – and we expect Microsoft to continue to shine a light on smaller developers as we see the Xbox One take a step back, and see whatever comes next move into the spotlight.

In fact, as we turn away more and more from physical sales and boxed games, the hybrid draw of Xbox Games Pass and [email protected] is liable to become the most important facet of the Microsoft ecosystem – constantly delivering fresh, new, interesting experiences that fill the gaps between the triple-A content drops that punctuate the year.