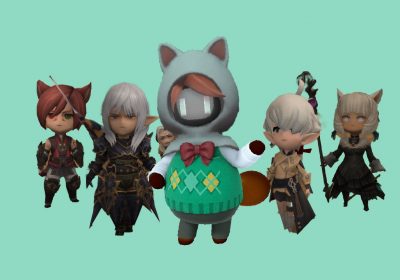 I, like many others, have spent the past couple of weeks obsessed with the addition of Island Sanctuary to Final Fantasy 14. This new content gives you access to your very own little island hideaway, where you can build various structures, plant crops, raise animals, gather materials, craft items, have your minions run wild, and even start your own mammet sweatshop.

I’ve been scraping every last little bit of EXP I can in order to chase down Sanctuary Rank ten. My mind has grown numb to the repeated message of “You gain 10 island experience points” in the process, but it’s also given me a lot of time to think about what Island Sanctuary could have been like if it was a little more like my last island getaway — Animal Crossing: New Horizons.

There are plenty of parallels between the two already. You start with an empty island that you need to cultivate, but instead of dealing with some annoying tanuki’s demands and extortionate loan repayments, you’ve got Felicitous Furball on your case. You can construct different landmarks and buildings, though the level of customisation is practically nothing compared to New Horizons, and you’ll soon find yourself busy gathering, crafting, and collecting animals. 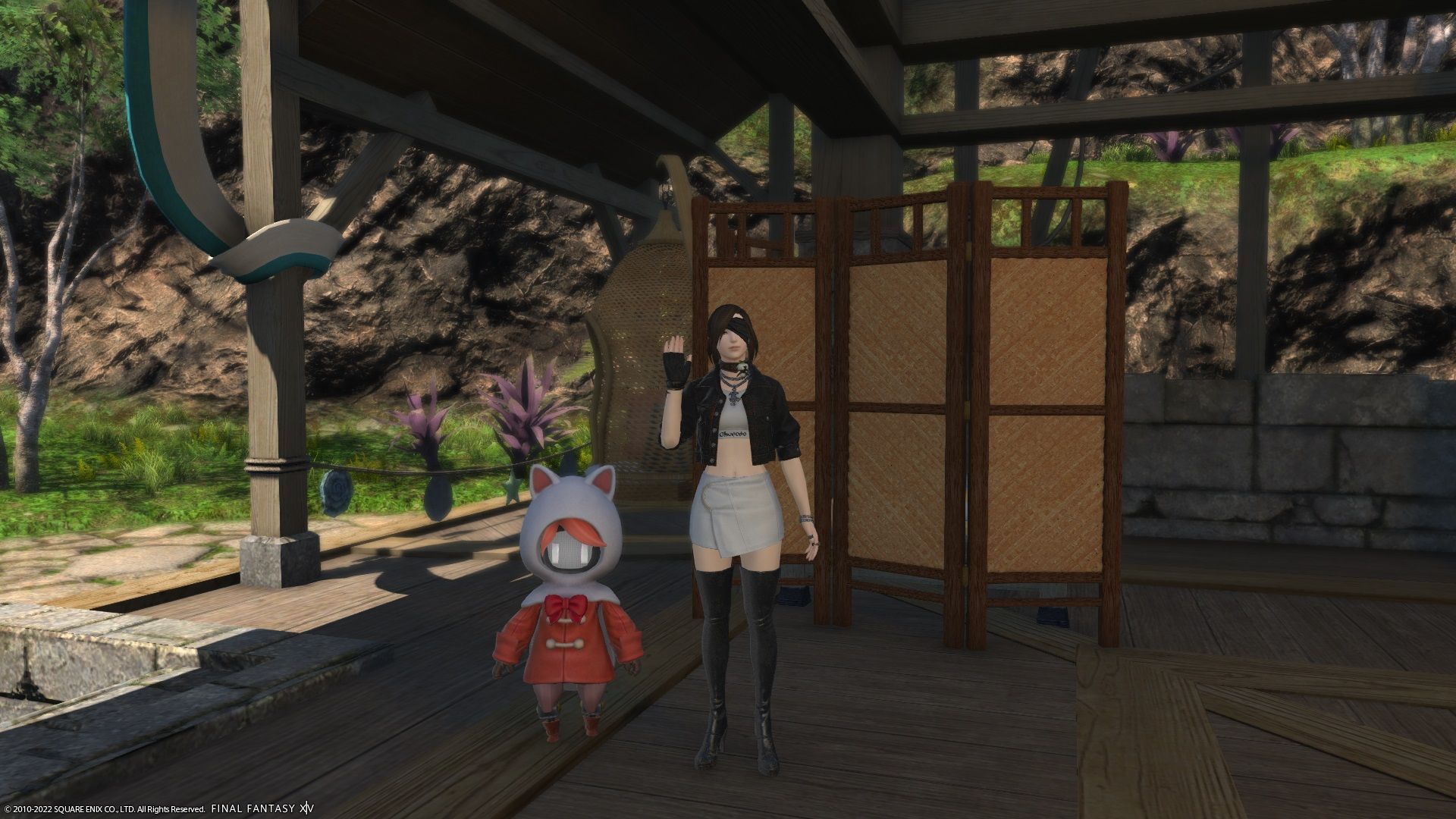 The idea of each island being randomly generated is an interesting one. Sure, it would play havoc with players tracking down where to get those rare pasture animals, but I bet countless people would reload over and over to get their ideal island layout. Different beaches, rivers, waterfalls, and more — you get the idea. It would make visiting other players’ islands all the more worthwhile if things looked vastly different from your own sanctuary.

Imagine if you could have your favourite FF14 characters move in as neighbours. You know that Emet-Selch would be the equivalent of Raymond. Players would be desperate to have him move in and likely willing to part with just about anything to get him on their island. I like to think his house would be themed like the recreation of Amaurot in the Tempest. But who would be among the characters we wouldn’t want in our island sanctuaries? Who would be the Wart Jr. of the FF14 world? Personally, Minfilia would be the one I’d try to boot.

This train of thought also had me consider what personality category each character would fall into. I couldn’t decide whether Estinien would be cranky or a jock type. Y’shtola would probably be the big sister type, and Thancred would fit nicely with the lazy crowd. Don’t just think of the major characters like the Scions either, as Magnai could be smug, while Sadu could be snooty. Oh, I could do this all day! 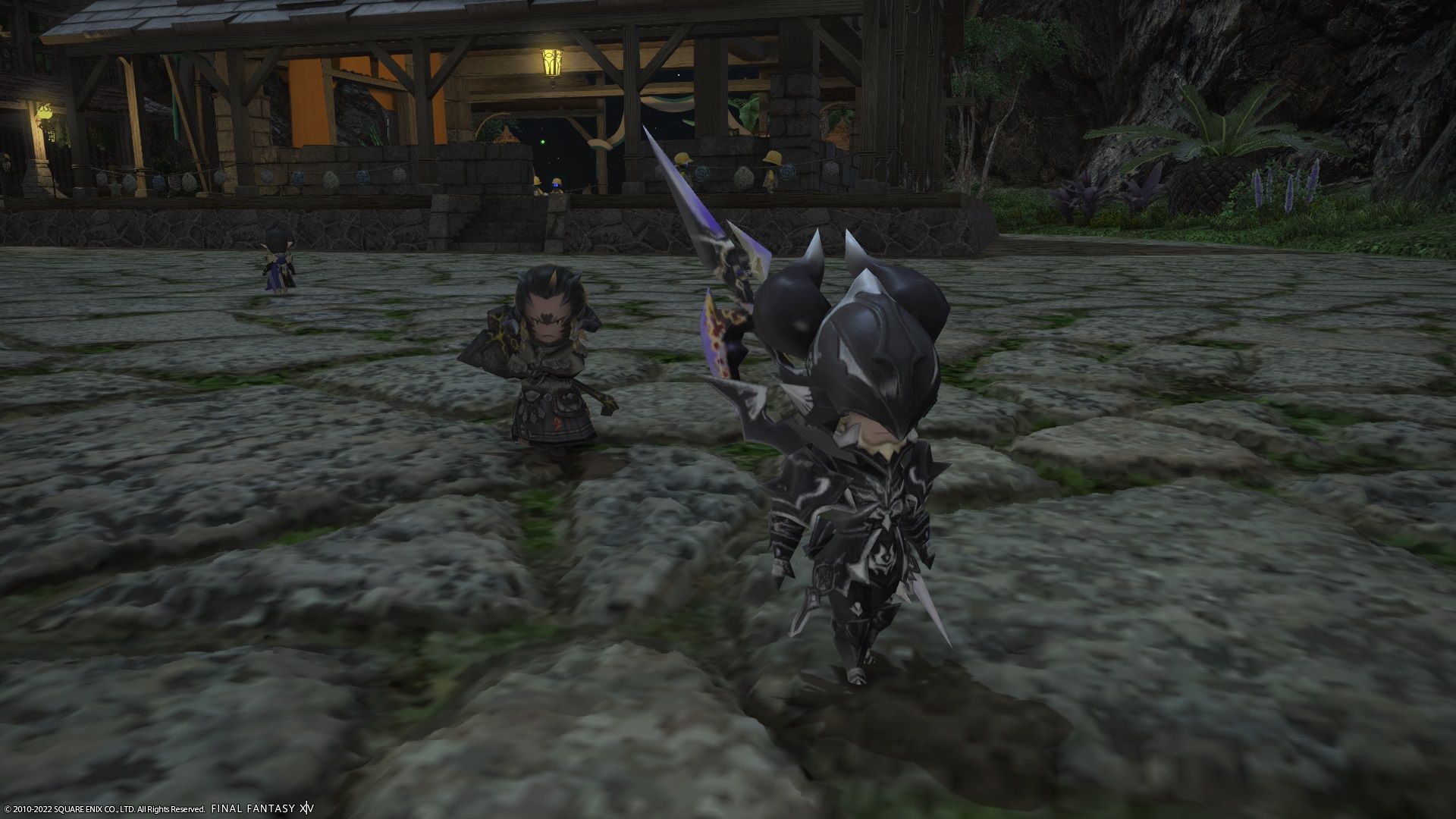 Perhaps some of our faves wouldn’t be possible villagers at all, but set NPCs instead. When it comes to all the pasture animals we collect, it’s not hard to imagine having to donate them to a museum. There are a few candidates that could fulfill the role of Blathers, but for some reason, my headcanon is set on this being Urianger. He’s got the right balance of being super knowledgeable yet prone to being silly and a completely loveable dork. Try handing him a goobbue, and he’ll start telling you how they’re usually native to La Noscea while he anxiously tries to shepherd it into the museum. And we all know there’s no question that Tataru would take on the role of Isabelle.

Our FF14 islands are subject to a weather cycle, just like everywhere else in Eorzea, and this affects the rare pasture animals that appear. However, it would be interesting to see a seasonal cycle too. Different pasture animals could appear at different times of the year, while the environment would change visually to reflect the time of year. This could see a wider variety of animals to find and capture, and it would be great to see this extend into fishing. We all know it’s one of the core staples of life sims. Mostly I just want to see snowfall on my little island.

As much as I’m enjoying Island Sanctuary, I feel like there is more to come. It needs to be updated in the future to keep it relevant and keep us going back, but more importantly, it needs to be more unique to each player. Right now, I have no wish to visit other players’ islands just to see a replica of my own. In the meantime, if you want to play make-believe and act like your island sanctuary has a New Horizon twist, the best you can do is have your wind-up minions of popular FF14 NPCs roam around. Excuse me while I go and see what Estinien is up to near the bathhouse.