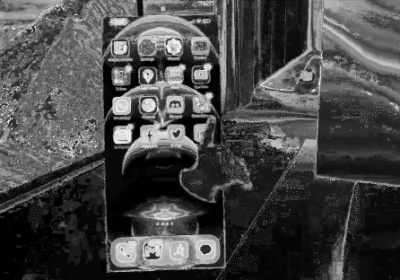 Work platform Immersed is adding support for iPhone and iPad so you can see those devices in VR alongside your PC or Mac screens. Android support is coming soon.

The Phone in VR Beta streams the screen of your iPhone or iPad with low latency over the same local Wi-Fi network. The feature requires downloading the Immersed iOS app from the App Store to bring your Apple handheld into VR. Immersed is planning to release the Android version of the app in a few weeks and there’s a waiting list available. The software doesn’t track the location of your handheld yet, so typing on your touchscreen in VR is rather difficult at the moment, but if you have a dock for your device you can easily align the physical and virtual locations, and Immersed says that it is planning to eventually add tracking via ARKit and ARCore.

Immersed also used the WeFunder crowdfunding investor platform this week to raise more than $3.4 million in a new round of funding. The startup is aiming to raise $5 million by the end of the week.

I tried the feature with both an iPhone and an iPad and it worked well. The new addition can make it easy to keep an eye on notifications or an app open on your personal device while working inside a VR headset like Oculus Quest or Quest 2. I used a multi-device bluetooth keyboard and mouse to switch input control quickly from my PC to my iPad, and you can use the existing support for syncing up the location of a stationary keyboard to make it easier to type in VR.