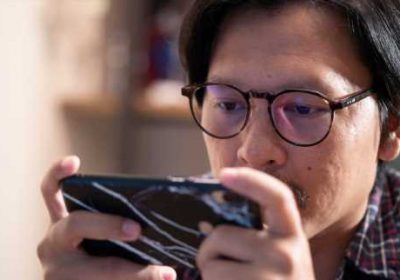 To successfully launch a mobile game in an increasingly crowded market, you need to think beyond the app store. Learn how to go beyond traditional avenues to create community, improve discoverability, and scale your business in this VB Live event.

The gaming industry has surged over the course of the pandemic. Engagement and spend has gone up, as people spend more time on their devices and games. But just because there’s been an increase doesn’t mean everyone has been a winner, says Chris Hewish, president at Xsolla.

Challenges tapping into the lift

“Everyone is assuming that all game companies are doing well because of the general uplift in the market,” Hewish says. “But while engagement and playtime have gone up, if your game or company is not designed to support that increased engagement, then you’re leaving money on the table from a business standpoint.”

That means games that have been designed to reward player engagement, have embraced LiveOps, and developed a player base willing to spend large amounts have succeeded. But it’s been a challenge for developers that are still in the premium mindset, or who have not fully embraced the LiveOps model, he says.

In the mobile game world, LiveOps (or live operations) include changes to games that can be made without releasing a new version to the app store. It’s customizing and tailoring the mobile gaming experience based on real-time feedback received from users, and continuing to add new content to keep users coming back.

Marketing has been another challenge for companies of every size. In-person events have been such a big part of getting the word out about games, particularly for mid-tier and smaller developers — which, of course, have been nullified by the pandemic. Larger game developers and publishers have been able to shift some of their marketing spend from live events to online and digital.

But while the assumption was that online events would be a one-to-one replacement, just as compelling as live events, they’re not cutting it, explains Hewlish. They don’t build buzz the way live events do, they’re not getting the game into the hands of players and journalists to play and draw crowds. And online events don’t offer anywhere near the discovery factor that in-person events do.

Leveraging cross-platform functionality is proving to be critical to riding that market lift. But while  PC or console game developers have been successfully crossing over to one another as well as to web and mobile, developers of mobile games have historically held to a more single ecosystem mindset.

“It’s just natural for developers, for anybody really,” says Hewlish. “You’re comfortable working within the technology or the parameters that you know. We’ve heard from some of our partners on the mobile side to get their games over to the web — they just had no idea what they needed to do to get there from a technical standpoint, and then a marketing standpoint. What does it mean for our network code layer, for our login system, and managing our users? What’s the commerce piece of it? How do you market to people there? A lot of mobile companies are very narrow in what they understand when it comes to marketing. It’s purely about user acquisition and doing that through mobile ads.”

But as mobile developers realize they’ve maximized revenue on the mobile platforms, and also see they’re likely going to take a hit with new IDFA privacy restrictions, there’s new appetite to offset that and continue growth by expanding to other platforms.

Owing your own ecosystem

Right now a lot of developers don’t own their ecosystem because that data layer, the relationship with the players, is owned by the platform — whether it’s Steam or Apple or Google. Having your own login system, and handling the commerce piece of it so transactions are going through your layer, means you can drive higher margins with your players, because you can target offerings much better. You can analyze and act upon the data more efficiently, because you can see what your players are up to, who’s doing what, and craft specific offerings for those segments of your player base.

“It’s the classic example of owning the relationship with your players — that’s at the core of it,” says Hewlish. “You have access to and control the data, you know who your players are, and you’re able to act upon that.”

It can also mean offering different play experiences. Developers can use data to segment users and can craft specific play offers for each one, optimized for their engagement and enjoyment. That’s all part of just owning that ecosystem. Then, beyond that, it’s being able to use that data to market better, controlling the whole player journey from the top of the funnel.

Not to be underestimated in all of this is the power of community. “It used to be good enough to have a good game with a good gameplay loop and a strong marketing campaign,” says Hewlish. “That was enough to succeed. But now the third leg of that stool really is community. You need to be able to have a relationship with your community. It helps with developing your game. It gives you another data set to be able to make design decisions. It helps with the quality of the game you’re making. Then it helps with discovery, building up a community ahead of launching a game. If you have a community that feels they were part of building a game and they’re invested, they’re going to not only be consumers of your game, commercially, but they’ll be telling people about that and advocating for you. And to this day, word-of-mouth marketing is still the strongest thing you can get — people talking about your game.”

To learn more about developing a multi-platform strategy, how to develop a community that supports the growth and longevity of your game, and more, don’t miss this VB Live event.