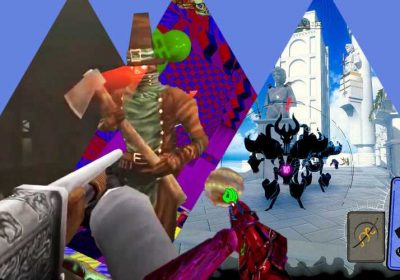 I’ve played two great single-player first-person shooters this year, and both of them have been indies.

Neon White, which I flew through earlier this year, was the first. Developed by Angel Matrix, the vaporwave FPS combined card-based combat with speedrunning mechanics for a lightning fast shooter that alternated between all-out high-octane thrills and character-driven visual novel relationship sim.

Gloomwood — which I have, admittedly, only played six hours of so far — is the other. It’s an immersive sim based on the almost forgotten Thief school of design. As the Outsider, a mysterious prisoner in a prison built into a fishery, you need to make your way through an imposing contiguous world, populated by villains with croaking whispers and garbed in dark red coats. If Neon White is a game where you move so quickly you don’t have time to think, Gloomwood is a game where you need to think before you move. 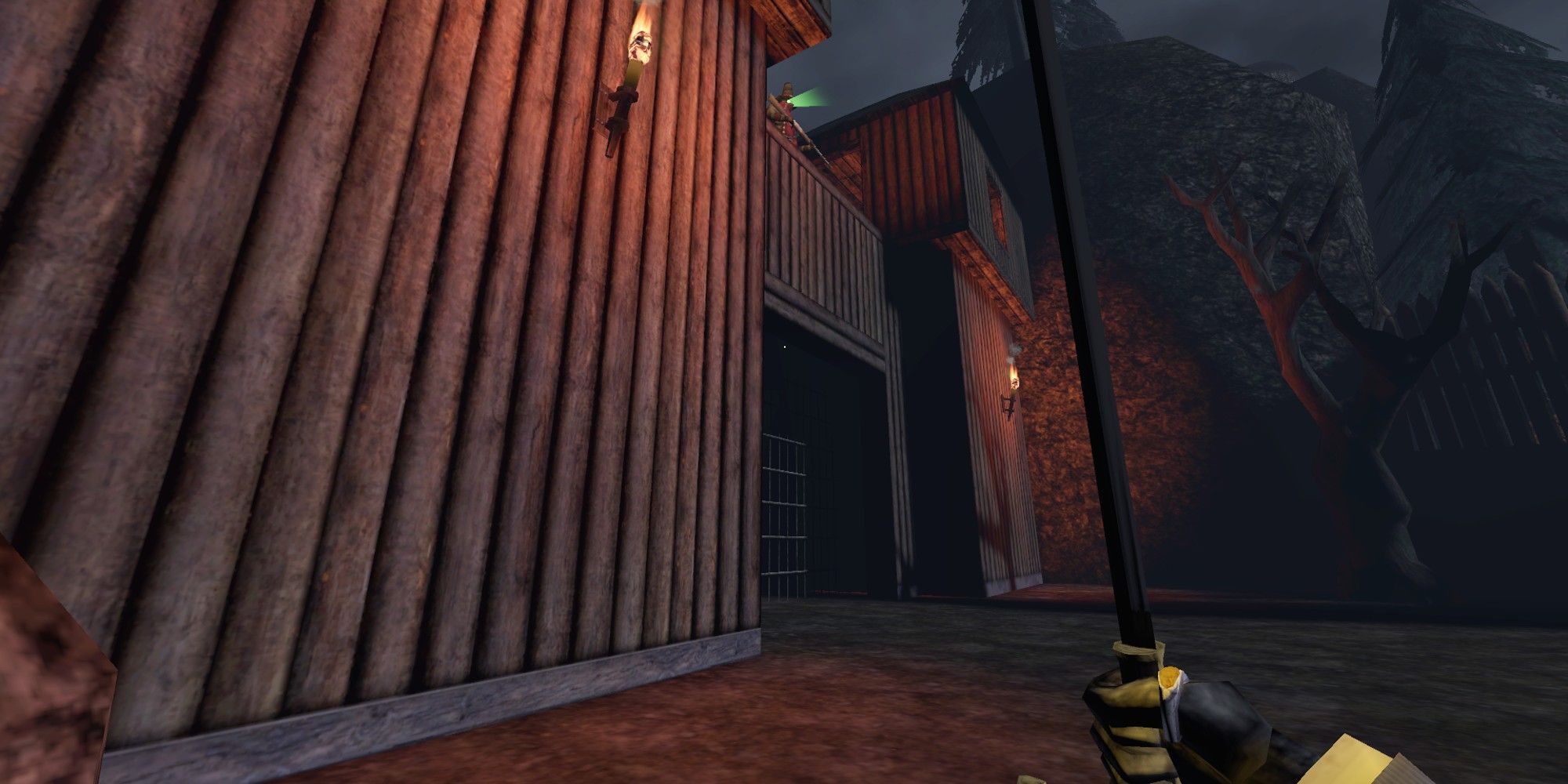 While they look and play very differently, both games prioritize gameplay over graphical fidelity. Neon White looks great, but its world is (intentionally) minimally textured; its shining marble and glassy oceans suggest that its Heaven is entirely composed of surfaces you should traverse in slippy stockinged feet, Risky Business-style. Gloomwood emerged from New Blood Interactive’s stable of throwback FPSes, and looks like it could have been released in 1999. The publisher made a name for itself in 2018, with the ridiculously fast Dusk, and has continued to put out retro shooters since, with Amid Evil and Ultrakill.

In the past couple years, we’ve seen a few good shooters from triple-A developers. Half-Life: Alyx was great, and Doom Eternal, Halo Infinite, and Deathloop were all pretty good. But when I think of the biggest shooter franchises, I just feel bored. Call of Duty has put out a series of meh campaigns — for my money, the last great one was WWII in 2017 — and I’m already tired just thinking about the series’ reported upcoming foray into the Iraq War. Battlefield 2042 was a mess on the multiplayer side, and didn’t include a single-player campaign at all. That’s the path that most big shooters are taking now, multiplayer-only and, typically, free-to-play. Apex Legends, Call of Duty: Warzone, and Valorant are all free and massively successful, which means that there’s less incentive for triple-A developers to split their resources working on both multiplayer and single player components for a singular release. Even Halo Infinite, which includes both modes, split them up at launch, offering the multiplayer early and free, while charging $60 for the campaign.

In the last two years, as triple-A has pivoted further away from the shooter campaign, indie devs have given us games like HROT, Fish Person Shooter, Cruelty Squad, Neon White, Gloomwood, Utrakill, Black Mesa, Industria, Mundaun, Tales from Off-Peak City Vol. 1, and Umurangi Generation (to name a few). 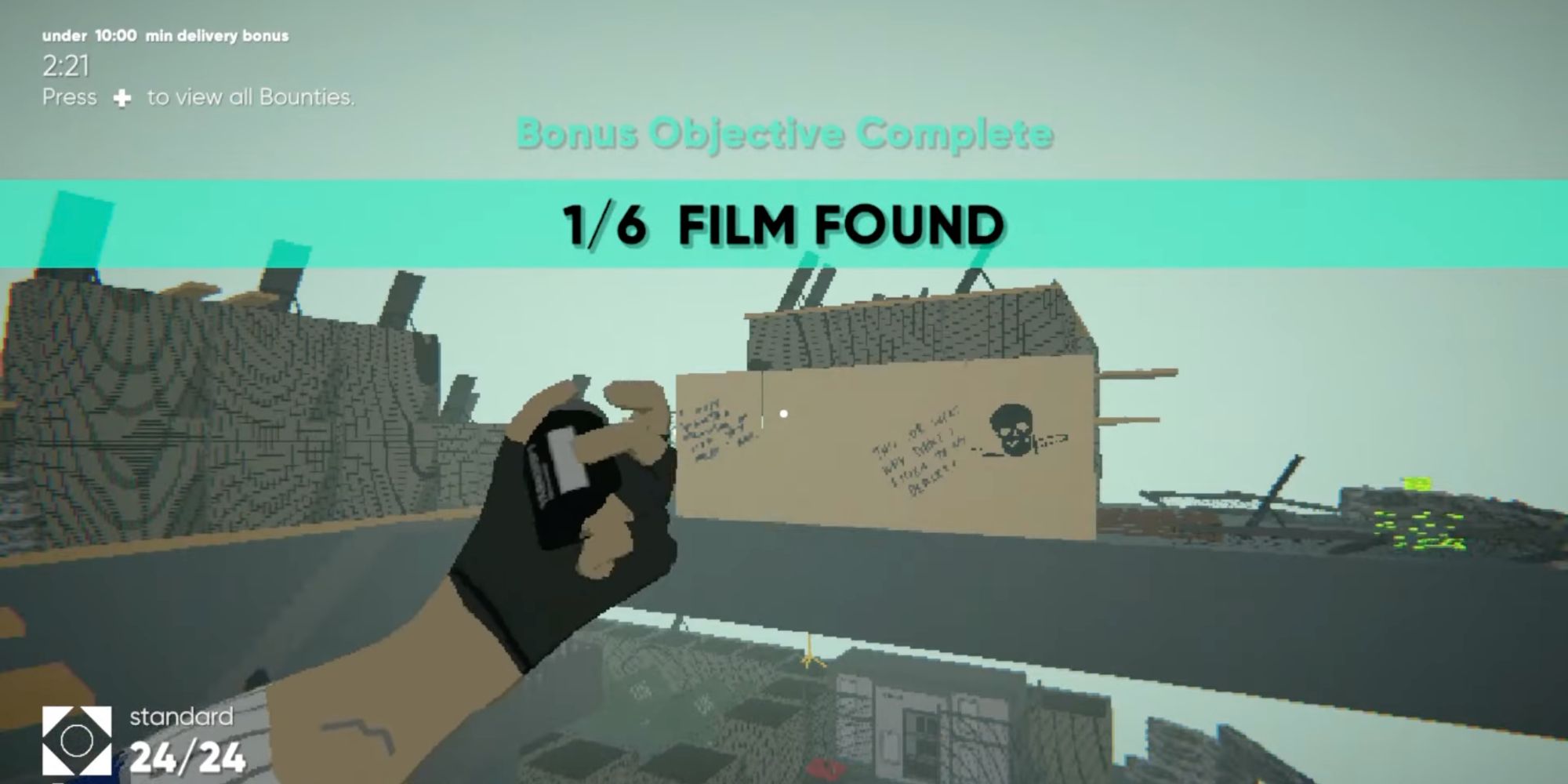 Those last two games aren’t shooters, but actually points to the larger point I want to make. Tales from Off-Peak City Vol. 1 is a wonderful adventure game that uses the mechanics of a first-person shooter to have your character shoot pictures with a camera, fling toppings on a pizza, and more. Umurangi Generation, similarly, swaps out a gun for a camera, and has you snap pictures in a dystopian future. Both are excellent and inventive games, and they point to the strengths which the indie space has cultivated in the shadows of triple-A behemoths. While mainstream shooters have to be big and crowd-pleasing, indie FPS games can take aim at more niche markets.

Cruelty Squad, for example, is one of the most abrasive games I’ve ever played, a toxic waste-colored fever dream where your character can eat the corpses of your enemies for health and swing from the ceiling on a length of intestine. It is not the kind of game that any triple-A publisher would ever greenlight (especially not in 2022, when games can take half a decade to develop). But when one person or a small team is at the helm, they get to decide what to do. EA would never ship a game with purposefully garish textures and unintuitive menus, but the tiny team at Consumer Softproducts sure would because it fits their vision. And, if the last few years are any indication, the indies are the ones who actually know what they’re doing.

The benefit is that the creativity displayed in the indie space often has a positive impact on triple-A devs. Resident Evil 6 was an orgiastic endpoint to the series’ action-focused trajectory over the past seven years. It wasn’t bad (I like it more than a lot of RE fans, who might disagree with that sentiment), but it was too much. The action-horror trajectory that had begun with Resident Evil 4 had gone too far in the action direction, and lost a bit of what made the series tick. But, for the next game, the developers at Capcom took the time to look at what else was going on in the industry, and decided to take influence from the first-person horror games being developed by smaller teams, like Amnesia: The Dark Descent and Outlast. They took the series in a bold new direction, and produced one of the best Resident Evil games in the series as a result. Triple-A developers absolutely still have a vital role in the industry, but at least where shooter campaigns are concerned, that role may be to follow, not lead.