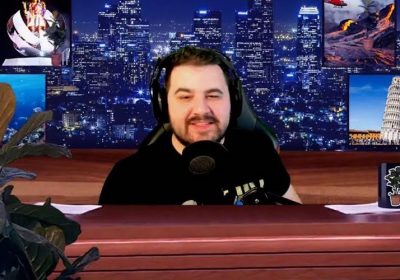 The notorious leaker known as TheRealInsider on Twitter was recently exposed as DanAllenGaming, a popular content creator on YouTube. The identification has yet to be confirmed, but the news came to light after DanAllenGaming apparently forgot to change their Twitter profile when replying to a question directed at TheRealInsider, suggesting a connection between the two accounts.

DanAllenGaming does not appear to have noticed the slip at first, but when someone posted a screenshot to the social media platform, the accounts belonging to DanAllenGaming and TheRealInsider were both closed. DanAllenGaming remains active on YouTube, at least for the time being.

According to the content creator on YouTube going by the name of LegacyKillaHD, DanAllenGaming would “get early access review copies through game publishers and then leak stuff before the embargo date through an anonymous account,” a reference to TheRealInsider. “He fucked up and accidentally forgot to switch accounts, exposing his identity. Now, he has deleted his Twitter account and could be sued.”

Media outlets are frequently required by game publishers to withhold announcements until a specified time in accordance with their non-disclosure agreement, something often referred to as an embargo. The upshot is that DanAllenGaming could soon become the subject of a legal dispute from any number of different game publishers. TheRealInsider suddenly rose to notoriety earlier this month for leaking all of the Assassin’s Creed games currently in the works at Ubisoft.