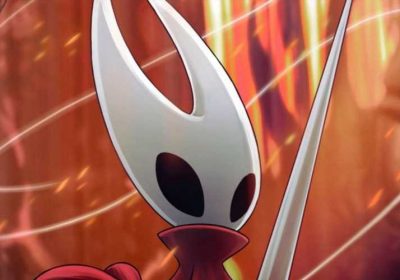 An insider has claimed that Hollow Knight: Silksong will be available on Xbox Game Pass from the day of its release.

It's been a very long wait for loyal Hollow Knight fans. Despite Silksong having been in development for a few years now, Team Cherry hasn't given many updates on the game at all, aside from a few recent comments implying that more news would be coming at some point this year, something that hasn't yet come to pass despite

Now, reliable insider The Snitch is claiming that Hollow Knight: Silksong will be made available day one on Xbox Game Pass, sharing an image of Hollow Knight in clown makeup with a green circle saying "Day one". Although the image is fairly vague, the green circle is clearly referencing Xbox, while "Day One" indicates that it's specifically talking about a release on Xbox Game Pass.

For those wondering whether to trust The Snitch or not, despite only having come onto the scene in the past couple of months, their track record so far is perfect, revealing the date of The Last of Us Part 1 hours before the Sony showcase and even managing to predict everything included in the most recent State of Play, once again hours before the event itself. So far, they've only been correct with their leaks, making this Silksong rumour a fairly trustworthy one.

Although having a game as anticipated as Hollow Knight: Silksong release on Xbox Game Pass from day one is already exciting news for those waiting to hear more about Silksong, The Snitch might have also just given us a good idea of when to expect more news on the game.

If something that's been as hotly anticipated as Hollow Knight: Silksong has been for the past few years is going to release on day one for Xbox Game Pass, it's a partnership that Microsoft is going to want everyone to know about. This means that it's likely to pop up during tomorrow's Xbox and Bethesda conference.

AI is transforming medicine: Here’s how we make sure it works for everyone