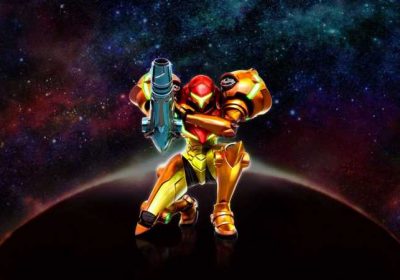 A reputable Fortnite insider has claimed that Metroid’s Samus Aran won’t be coming to Fortnite this season because Nintendo wouldn’t give Epic the rights to use her.

When it became obvious that this Season 7’s theme would be all about aliens and space, Samus Aran became one of the top picks to make an appearance in the game. According to Shiina, it’s not going to happen this season, and possibly not at all.

On Twitter Shiina said, “Sources tell me that a Metroid (Samus Aran) collaboration will not happen next season. Apparently, Epic wasn’t able to obtain the rights to put her in the game.”

The likely reason for this is because Fortnite is available on all consoles, and all of the skins can be earned on every platform. There’s no chance for something like an exclusive console skin because of this, and Nintendo probably doesn’t want to see their characters being used and purchased on other consoles. Nintendo is infamously protective of its IP, and even something as big as Fortnite doesn’t seem to shake that.

This is especially interesting considering the leaked court documents for Epic vs. Apple show Samus Aran as a potential future skin. Many fans took this document as gospel and confirmation that every skin listed in there was coming, but it looks like many of them are likely still being worked out. Don’t go thinking Naruto Uzumaki is a given now.

Fortnite has also been teasing Samus as recently as 2021, with her silhouette appearing in the Batman: Zero Point comic. Although it’s possible that wasn’t actually Samus, it’s more likely that negotiations were still ongoing and fell apart recently.

For those hoping that Samus might make an appearance in a later season of Fortnite, don’t hold your breath. You’d think she’d show up in the bounty hunter season, but that didn’t happen, and now that she’s seemingly not appearing in the space-themed season either it’s very likely she just won’t be making it into Fortnite.