Insomniac Responds To Concerns About New Costumes Being PS5 Exclusives 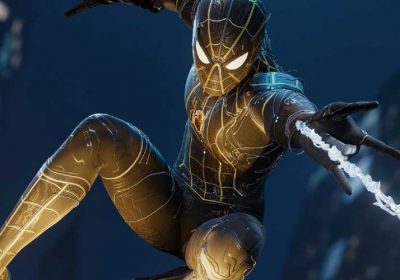 Insomniac recently announced that Spider-Man Remastered is getting two new costumes inspired by No Way home. These suits are releasing sometime this month, likely coinciding with the film. While this is exciting news, some fans voiced anger online about their exclusivity to PS5.

A disgruntled fan responded to this announcement on Twitter, as spotted by VGC, saying, "Would it have been so hard to release it on the PS4 version, considering the PS5's are almost impossible to get and a lot of people don't have one?" Insomniac replied “Since its 2018 release, we’ve updated Marvel’s Spider-Man (PS4) 19 times, adding more suits and features than originally planned. Each patch has been more technically complex, especially with maintaining PS4 HDD streaming performance.

“To ensure fans continue enjoying Marvel’s Spider-Man (PS4) at its optimal performance, we’ve made the difficult decision to release these new suits for Marvel’s Spider-Man Remastered (PS5) where our PS5 engine allows us to update the game without jeopardizing player experience.”

Nonetheless, many across the globe are still on the hunt for a PlayStation 5 thanks to the global supply shortages and rampant scalping problem, but a UK MP is pushing to bring back a bill that would ban scalping bots. Swings and roundabouts, eh?

For now, players can look forward to Spider-Man 2 which is arriving in 2023, featuring Venom as a villain in the game. Producer Amy Pascal also recently confirmed that the Venom 3 movie is in its planning stages, so it seems that the anti-hero has a future alongside (or against) Spider-Man in the MCU as well as the games. Whether we get any more suits before Insomniac's sequel remains to be seen.