Home » News » Is God of War Worth Playing On PC? | New Gameplay Today

Is God of War Worth Playing On PC? | New Gameplay Today 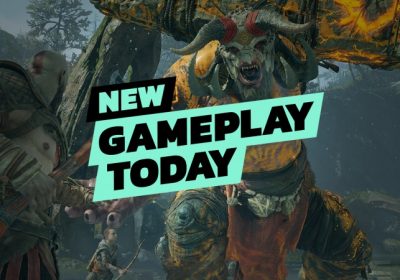 It’s 2022, but we’re playing a game from 2018? Incorrect. We’re checking out the PC version of the acclaimed God of War from Sony Santa Monica and letting you know if it’s worth picking up.

Join host Marcus Stewart and Alex Stadnik as they take you on a tour of the first hour of Kratos and Atreus’ adventure. One of the significant additions to this version of the game is the upgraded visual fidelity. God of War can reach 4K visuals, but PC players will be able to utilize the unlocked frame rate to experience the smoothest way to play one of the best games of the last few years. PC fans should also be excited to hear that God of War features support for ultra-widescreen monitors.

Another critical difference in this version of God of War is the freedom to pick your controller of choice. Both the DualSense and the DualShock are here, of course, but as our gameplay shows off, Microsoft fans can also have their fun and plug in an Xbox Series X/S controller (it had to be tested for science, ok?).

If this is your first venture into the world of Kratos, Atreus, and the rest of the gods, be sure to check out our review of one of 2018’s best games where we say:

Kratos’ reinvention serves as a narrative hook, but it also parallels the series’ evolution as a whole; where God of War once relied on bombast and bloodlust, now it leaves space for strategy and nuance. It still has superb action and plenty of jaw-dropping moments, but it supports them with a new level of depth and maturity. God of War learns from its past while clearing an exciting path for the future, and emerges as one of the best games of this generation.

For more looks at some of 2022’s biggest games, be sure to check out our recent hands-on with Rainbow Six Extraction and our talk with the dev team behind God of War Ragnarok!