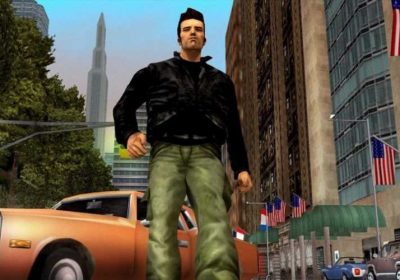 The GTA trilogy has hardly endeared itself to the fanbase. Full of bugs, unplayable on PC for days, and lacking iconic music tracks from the original, Rockstar is having a PR crisis right now, and today's news hasn't made the players much happier.

Evidence found by GTA YouTuber Vadim M seems to suggest the remasters are actually modified versions of the trilogy's past mobile ports – despite being significantly more expensive than the handheld counterparts. This is suspected because there is an unused menu in the game's code, which allows players to choose touch controls as you would on a mobile port.

As seen in Vadim's tweet, the unused "select a steering method" widget lists three options that would only be applicable on a mobile release. These are the exact same control options listed in the old GTA trilogy mobile ports, albeit in an updated font.

It is worth pointing out that this evidence doesn't definitively prove the not-so definitive trilogy is actually a modified mobile game. A mobile port of the remasters is indeed planned, so it may be the case that the widget was left in, simply to be enabled on the hardware that can actually use it.

However, there is precedent to support Vadim's theory. In 2014, it was reported that an updated HD edition of GTA San Andreas on Xbox was actually just the mobile release, repackaged.

We'll likely have to wait until the mobile port launches in the first half of 2022 to know for sure. Given the mess Rockstar and the developer Grove Street Games are currently dealing with thanks to the console and PC versions, it's unlikely that the release date will get any more specific than that anytime soon.

However, if you can't wait for the official fixes to be rolled out, the modding community should have your back. We've been reporting on their creations since launch, and right now they're mostly focused on various bug fixes and reimplementing features from the original releases.