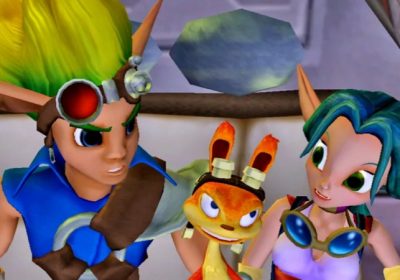 Jak and Daxter: The Precursor Legacy, the Naughty Dog-developed platformer that spawned two sequels and multiple spinoffs, is now 20 years old, and to celebrate the anniversary, Sony has rounded up some retrospective thoughts from Naughty Dog devs and other PlayStation studio leads.

Hitting PlayStation 2 on December 3, 2001, The Precursor Legacy is officially 20 years old, and as noted by Sony Interactive Entertainment content communications manager, Tim Turi, who wrote today’s PlayStation Blog post, it marks an interesting point for Naughty Dog. Today, Naughty Dog is best known for Uncharted and The Last of Us, but before those two franchises, their bread and butter was Jak and Daxter, the series the studio developed after its bout of Crash Bandicoot games.

“The biggest thing I learned was the challenge of designing an open world game without using load times,” Wells writes. “We set out from the start to design a world and not levels like we were used to coming from Crash, and we made it a rule that if you could see it, you could walk (or boat or fly) to it and that when you reached a building or cave that you could go inside and that the inside would have to fit within the space that the exterior could support. It wasn’t easy.”

Naughty Dog senior technical artist Charlotte Francis said physics for The Precursor Legacy was one of the most exciting aspects of developing the game.

“I remember being really excited about the physics that had been added to the rope bridge by the programmers, because we had rope bridges on Crash Bandicoot, but they did not have physics on them,” Francis said. “We were jumping up and down on the bridge and marveling about how it reacted to Jak jumping on it.”

Bend Studio engineering manager Darren Chisum said Jak and Daxter broke a lot of ground, citing that the graphics were “top-of-the-line at the time” and that the game “allowed you to play through very large areas without loading screens,” something we might take for granted today. Insomniac Games quality assurance analyst, Heather Finley, said they recall their grandmother owning a console just so her grandkids could play The Precursor Legacy.

“I will forever remember how hard it was, as a kid, to cross the Volcanic Crater on the A-Grav Zoomer or how hard it was to catch 200 pounds of fish for that darn fisherman,” Finley said. “It was the first game that I truly considered a favorite of mine. I even mentioned Jak and Daxter when I was interviewing for Insomniac because it had such a huge impact on my life and love for games.”

For more about Jak and Daxter, check out this story about how Naughty Dog is not working on a new Jak and Daxter despite the rumors it is.

Did you play Jak and Daxter? Which one is your favorite? Let us know in the comments below!