Home » News » Judgment Is Coming To PS Plus This Month, But Only In Japan 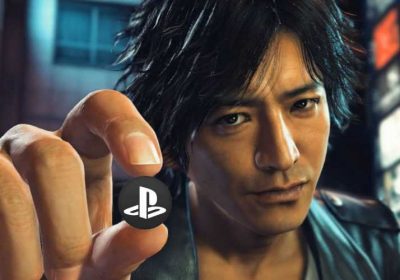 A new month is well underway which means we now know what games will be coming to PS Plus. In just a few days from now, subscribers will be able to download Godfall, Lego DC Super-Villains, and Mortal Shell. However, the revelation of the selection of free games up for grabs in Japan this month has got those receiving the above three games a little down in the dumps.

The PS Plus games on offer each month differing in Japan is nothing new. Japanese subscribers often get one game in place of another, or sometimes even an additional game. However, this month the balance appears to be more off than usual. Mortal Shell has been replaced with Judgment, and Japanese players with PS Plus will also get The Sexy Brutale.

No offense to Mortal Shell whatsoever, especially when it is being offered up for free, but most subscribers would probably prefer Judgment. Lost Judgment launched earlier this year and making the first game available to everyone through PS Plus would have likely spiked its sales just in time for the holiday season. That might well happen in Japan, but probably not elsewhere. You'll need PS Now if you want to play Judgment without buying a copy.

The reveal that players outside of Japan will not be getting Judgment has further angered PS Plus subscribers following the confusing Godfall caveat. While Godfall will indeed be free on PS Plus starting from December 7, it will be the Challenger Edition. The new iteration doesn't include Godfall's story campaign and will instead plunge subscribers who haven't played it before directly into the endgame with overpowered stats and weapons.

What's worth bearing in mind if all of the above does have you irked is at the end of the day, if you subscribe to PS Plus then you are getting games for free. Yes, December's selection might not be as strong as some others, and if you lived in Japan you'd be getting better games, but you'll still be getting free games nonetheless. It's also worth noting that November's free games, which include Knockout City and The Walking Dead VR, are currently still available to download.