Jurassic Snap Is Pokemon Snap… With Dinosaurs… In VR 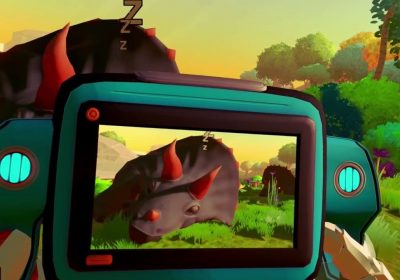 Pokemon Snap probably isn’t coming to VR anytime soon, but one developer is planning to bring us the next big thing: dinosaurs.

Jurassic Snap is, in a nutshell, Pokemon Snap with dinosaurs in VR. It’s being developed by Dreamirl and is aiming to launch on Quest, PC VR and Sony’s upcoming PS5 VR headset sometime in the future. Check out a gameplay clip below.

You probably know what the expect from this one, then. You move down a set, on-rails path with a camera in hand, ready to snap pictures of prehistoric beasts. Just like in Pokemon Snap you can influence a beast’s behaviors by throwing food for them to eat or angering them so that they might open up new paths. Fans have long thought Pokemon Snap would make a great VR experience, and this could end up being fitting proof of that.

Dreamirl will be launching a Kickstarter campaign in the near future to help get the project finished. There’s no word yet on how much the campaign hopes to raise, nor the projected release date for the game.

Will you be checking out Jurassic Snap? Let us know in the comments below!