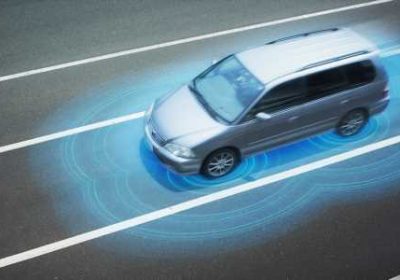 Karamba Security, which offers software for securing connected vehicles and IoT devices, today announced $10 million in funding to advance its commercial expansion and further build out its product with machine learning (ML) capabilities.

David Barzilai, cofounder and vice president of marketing and sales at Karamba, said that customers include Hitachi, which uses the firm’s software to secure CCTV cameras; data storage system vendor Seagate, which protects against supply chain vulnerabilities with Karamba’s binary code scanning technology; and an array of automakers, which use the software for protecting vehicle electronic control units and smart controllers, across both electric and gas-powered vehicles. Automaker customers include Stellantis (formed through the merger of Fiat Chrysler and PSA Group) and Denso, and car manufacturers make up about half of the more than 40 customers that Karamba has currently, Barzilai said.

“The beauty is that we sell the same products and services to everybody,” he said, whether they are in automotive, renewable energy, or IoT. Karamba’s technology currently secures 12 million devices, Barzilai said.

Concerns about hacking of connected cars have circulated for years, but the problem now appears to be more than hypothetical: Research from Upstream Security suggests there were more than 200 automotive cybersecurity incidents in 2020.

Meanwhile, the tens of billions of IoT devices now in use are a growing target for hackers, as well. Cyber attacks on IoT-connected devices more than doubled during the first half of 2021, according to an analysis by Kaspersky.

To protect both connected cars and devices, Karamba says it offers an “end to end” security solution. That means that the software spans from development — including design review and binary code analysis — to production, with embedded security to prevent cyber attacks and continuous visibility to monitor for threats, Barzilai said. Notably, the Karamba software does not require developers to make any R&D changes to their products, because the software automatically knows how to lock the devices against attacks, he said.

While some security vendors offer parts of what Karamba’s technology provides, “we do not see a competitor that is end-to-end as we are,” Barzilai said. “And none of our competitors do all the things automatically as we do. They require changes to R&D, and we don’t.”

Karamba Security expects to nearly triple its revenue in 2021, and tailwinds going forward include recently created regulations impacting IoT and automobile security. The regulations include UN Regulation No. 155 and ISO 21434 (for automobile cybersecurity) and, in the U.S., President Joe Biden’s Executive Order on Improving the Nation’s Cybersecurity. “Manufacturers are now under pressure to protect their devices, including pressure from regulations,” Barzilai said.

The company’s new $10 million round was led by VinFast and included investments from Samsung’s venture arm, SVIC, as well as from YL Ventures, Fontinalis Partners, Liberty Mutual, Presidio Ventures, Glenrock, Paladin Group, and Asgent. Karamba has now raised $27 million since its founding in 2016.

One goal for the latest round is to further the company’s expansion in its existing geographies of North America, Asia, and Europe, Barzilai said.

Karamba’s product already uses ML to analyze data from devices in the cloud, but another aim of the new funding is to support development of additional ML features. This will include enhanced ML-driven identification and isolation of “rogue” units, better incident response, and improved remediation suggestions, Barzilai said.

The new ML features in Karamba’s software are expected to debut in the first quarter of 2022, he said.

The funding for Karamba is just the latest to be announced in the fast-growing IoT security space. Other recent investments in the sector have included $100 million for Axonius in February; $27 million for Sternum in September; $10 million for Viakoo in October; and $300 million for Armis earlier this week.