Kena: Bridge Of Spirits Heads To GeForce Now This August 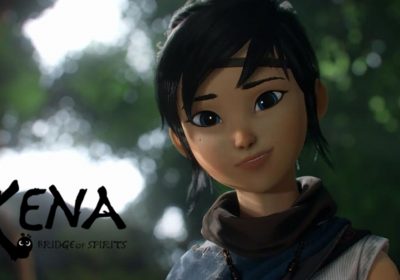 Developer Ember Lab has announced that its upcoming action/platformer Kena: Bridge of Spirits will be available on GeForce Now from day one when it releases on August 24, 2021. The PC version will be exclusive to the Epic Games Store for a year, so those that want to experience the title without installing Epic’s launcher will be happy to learn they can stream it on Nvidia’s rather solid service.

The technical specifications won’t set your world on fire but do sound reasonable. The stream will be limited to 1080p but will run at 60 fps with all of the in-game settings set to max. With Nvidia’s servers running the latest in GPU technology, there shouldn’t be any struggles with maintaining that framerate. The only issue will be your internet connection and whether or not it is fast enough.

Game streaming may not be mainstream just yet, but that’s not stopping companies from trying to get in on the game. The most successful of those attempts thus far has to be GeForce Now from Nvidia. By allowing users to purchase games on digital storefronts and stream them before getting the appropriate hardware to run them natively, it’s basically a win-win for those with older machines.

To that effect, Kena will be streamable on PC, Mac, Nvidia Shield TV, Android, iOS, and any Chromebook-enabled device. With the ability to play from literally anywhere, that gives users the freedom to play on their PC while at home and take their game with them on the go. It’s not exactly like the Nintendo Switch, but it’s a decent alternative.