Kingdom Hearts 3 ReMind: How To Obtain The Oathkeeper Keyblade

ReMind is here! But before you head out to explore the new content, maybe you should pick up the new Oathkeeper Keyblade? It’s pretty good, or so we’re told.

ReMind, the new Kingdom Hearts III DLC, has arrived. It actually came out yesterday, but before then, it was preceded by update 1.09, which added some free stuff to the game. That free stuff includes the Oathkeeper and Oblivion Keyblades, which you can get now. Provided you’re willing to work for it.

You see, the Oathkeeper doesn’t come cheap. In order to prove yourself worthy, you have to around and find every single Lucky Emblem in the game. That’s right: all 90 hidden Mickey symbols must be photographed and cataloged before you can get Proof of Promises, an item that can then be turned in at any Moogle shop for Oathkeeper.

Is it worth it? Of course. Just as in previous Kingdom Hearts games, the Oathkeeper is immensely powerful, well-balanced, and looks super cool. Plus, you can combine it with Oblivion to turn Sora into a dual-wielding monster. 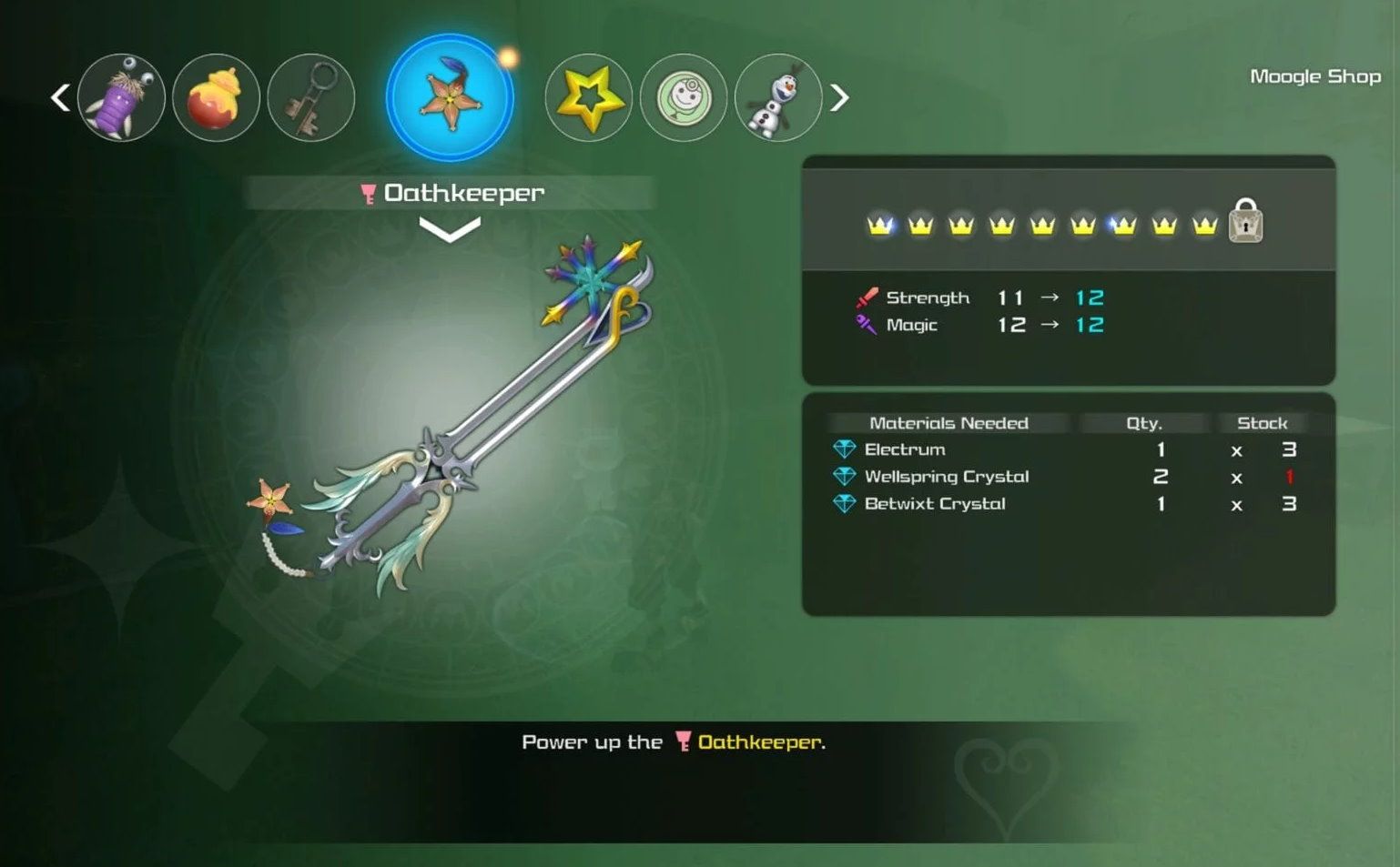 The Oblivion is a little trickier to obtain. You have to beat the game on Critical Mode–the hardest mode in the game–in order to be given the Proof of Time Past page. Once again, taking that page to a Moogle Shop will net you the Oblivion Keyblade.

ReMind is out now, so maybe make getting these two Keyblades a priority. It’ll definitely help with those new Limit Cut episodes.