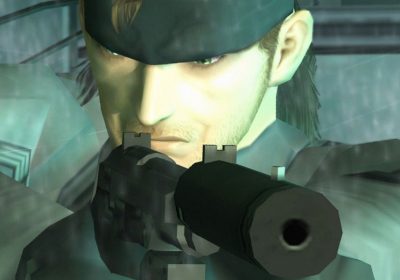 September 3 was Metal Gear Solid’s 24th anniversary, and series creator Hideo Kojima marked the occasion by revealing just how hard it was getting some of the historical footage used in several cutscenes into the game.

If you haven’t played the original Metal Gear Solid, it’s full of cutscenes that use live-action footage digitally compressed to play on the original PlayStation. The footage includes stuff like nuclear tests, military propaganda, and even medical footage of the world’s first clone (which was a sheep named Dolly). And apparently, it wasn’t easy getting the legal rights to include that footage in Metal Gear Solid.

In a pair of Twitter posts (via SiliconEra), Kojima said that he first tried to approach NHK, Japan’s Public Broadcaster, to procure the footage. However, negotiations went far longer than he would’ve liked.

"At that time, I didn't know much about the industry, and I had a hard time gathering materials," wrote Kojima. "I didn't know who to talk to, so I went to NHK at the time, but it didn't go well. It took several years to purchase, edit, and clear the rights."

Kojima didn’t really strike it big until after Metal Gear Solid became one of the original PlayStation’s biggest hits. After that, he became "well versed in contact points with the industry" for procuring licensing rights in his subsequent games.

Licensing issues crop up all the time in video games. Usually It's for things like music, but historical footage can become a problem too. Konami was forced to take both Metal Gear Solid 2 and 3 off all digital storefronts last year as it needed to renew its license for the historical footage featured in both games. That issue didn't get resolved until July of this year, with Konami announcing Metal Gear Solid 2 and 3's return as part of the franchise's 35th anniversary.