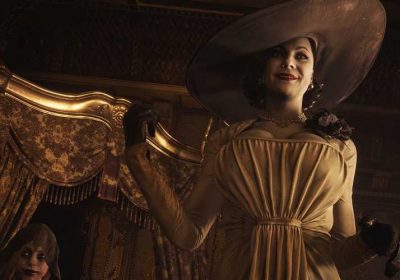 Lady Dimitrescu from Resident Evil Village was undoubtedly one of the most memorable video game characters for 2021. Not only did people stan on Dimitrescu herself, but actor Maggie Robertson also won the award for Performance of the Year at The Game Awards 2021. Given the amount of attention Robertson and her character received, fans were stoked to hear that she would be voicing a character in one of 2022's biggest games, God of War Ragnarok, However, she didn't reveal who that was, until now.

As you may have realised, the Berserkers are Ragnarok's answer to the Valkyrie fights from the previous entry. These are some of the hardest boss fights in the game, and will require you to level-up, and as Kratos constantly says, "prepare yourself".

In a recent Tweet, Robertson revealed that she has voiced one of these 12 Berserkers (thanks, Eurogamer). "DID YOU FIND ME?" she Tweeted. "Werk off that turkey coma & come fight me as Skjóthendi the Unerring in God of War: Ragnarok!! So honored to be a part of this project. Thank you again to

Skjóthendi the Unerring can be found in Niflheim, but you'll have to complete the game before you can go fight her. Needless to say, since she can only be reached after Thor and Odin, Skjóthendi is going to give you a hard time. Add to that the fact that she wields the power of Bifrost, and you're in for a hel of a fight.

These fights are tough indeed, and at the end of all of them, you're going to have to reckon with the King of the Berserkers too. However, despite how difficult the fight is, one player unleashed their inner God of War and decimated King Hrolf Kraki in a mere 25 seconds.

Now that we're a bit away from the game's release date, players have discovered a number of secrets and Easter eggs hidden all over the Nine Realms. Most recently, we learned that some fans had predicted God of War Ragnarok's big twist even before the game came out. Not even Mimir could have seen that one coming.