Home » News » Leak Suggests Doom, The Evil Within 2, And Fallout 3 Are All Coming To Xbox Game Pass

Leak Suggests Doom, The Evil Within 2, And Fallout 3 Are All Coming To Xbox Game Pass 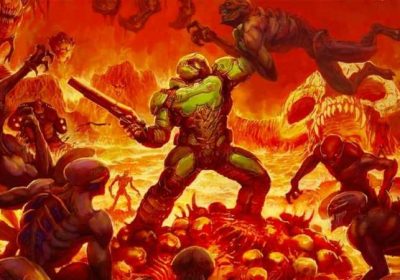 Screens from the upcoming Xbox & Bethesda E3 event have leaked, suggesting three titles will be added to Xbox Game Pass soon – Doom (2016), The Evil Within 2, and Fallout 3. No date is included in the leak, but it’s likely the games will be added shortly after the showcase, if not immediately.

No other information has leaked from the showcase aside from the Game Pass titles, so it’s likely that several more surprises are in store during the 90 minute long event. These games are all fairly old, and while adding them to Xbox Game Pass will be a welcome expansion, they are unlikely to be Xbox’s ace in the hole.

Many more reveals are expected at the Xbox and Bethesda showcase, with Halo Infinite and Starfield the two biggest games fans are hoping to see more of. While it has not leaked, it has been hinted that we’ll get a Starfield release date during the showcase, alongside some gameplay footage. If that’s true, it would put Starfield on a similar trajectory to Elden Ring; while Starfield has less of a hype cycle swirling around it, fans have constantly been hoping for some kind of information or gameplay footage since it was first announced back in 2018, with a teaser trailer at E3.

New games, both from Bethesda and other first-party Xbox studios are also anticipated, along with information on previously announced titles like the Perfect Dark reboot. These leaks might not even be the last information we get on Game Pass either – some more notable and surprising games may also be added, with upcoming games potentially being revealed as day one Game Pass games in the way Outriders and MLB: The Show 21 were earlier this year.