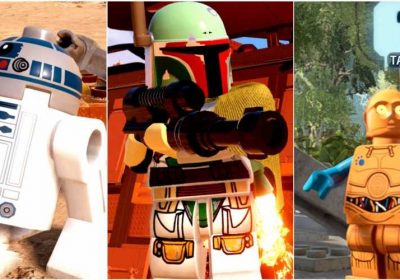 Containing all nine episodes, Lego Star Wars: The Skywalker Saga is the ultimate game for fans of a galaxy far, far away. The game is jam-packed with hours upon hours of content, pulling you back in, even after you’ve finished beating the game. The Lego Star Wars games have come a long way since the first one launched in 2005, and one of the biggest changes is the skills tree.

The Skywalker Saga has an extensive skills tree that’s full of helpful upgrades to enhance your experience. These upgrades are broken down into ten different categories: Core Upgrades, Jedi, Hero, Scavenger, Scoundrel, Bounty Hunter, Villain, Dark Side, Astromech Droid, and Protocol Droid. Core Upgrades affect all characters, regardless of their class, while the class-specific upgrades only affect those specific characters. Among the 48 total upgrades, these are the essential ones you need to unlock in The Skywalker Saga. 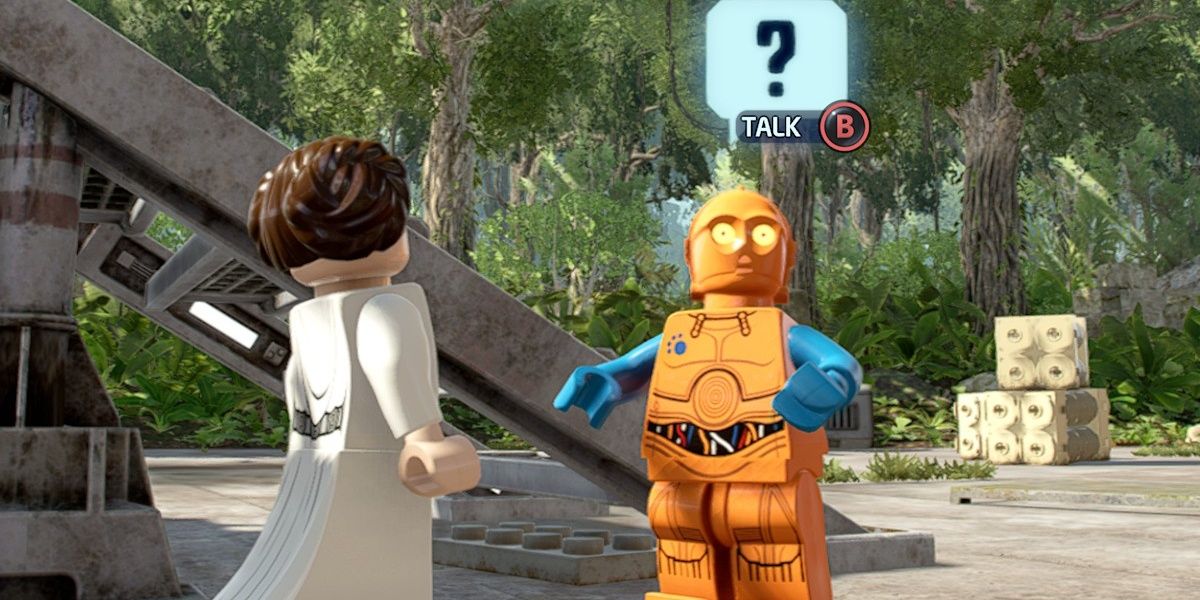 The key to unlocking most characters and starships outside of the default ones in the main story is discovering Rumors and Hints from the Holoprojector. By acquiring the Business Opportunist upgrade in the Scoundrel section, you receive a ten percent discount on purchasing Rumors and Hints. This upgrade does have stackable tiers that will increase the discount.

Business Opportunist is located in the Scoundrel section, so the discount will only apply to Scoundrel characters, like Han Solo or Chewbacca. While Business Opportunist is handy in stockpiling Rumors and Hints, it might be better suited for postgame play. Regardless, at the small cost of 10,000 Studs and four Kyber Bricks, it’s in your best interest to put an investment in this upgrade. 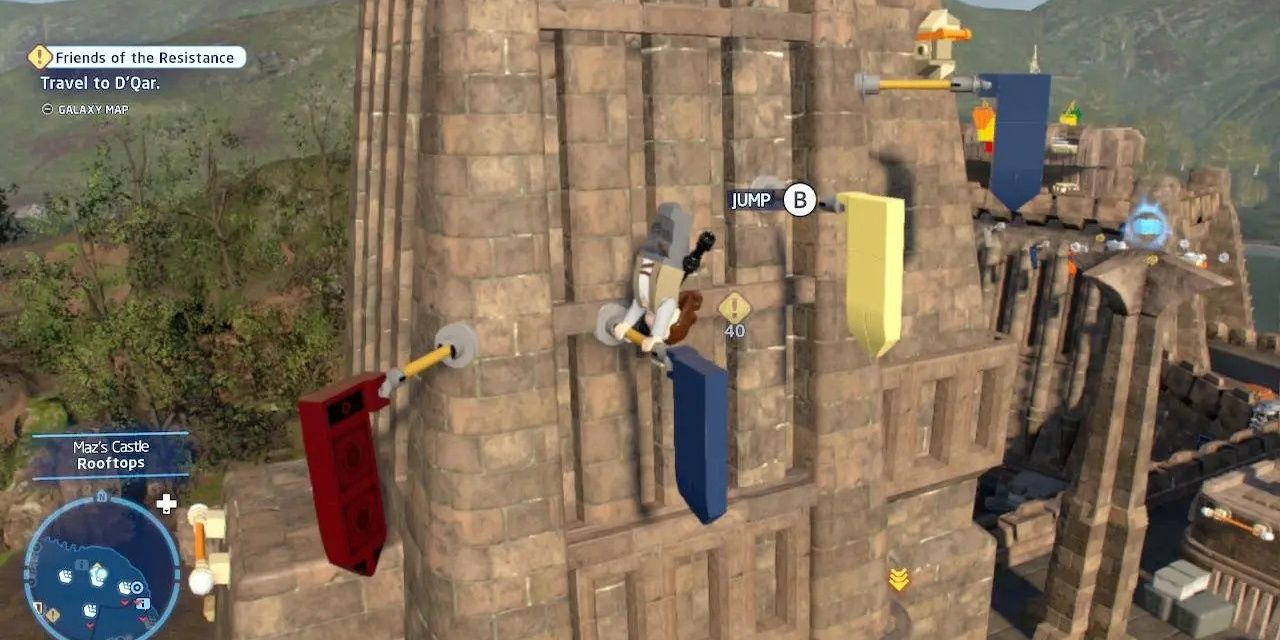 Even though there isn’t a whole lot of climbing in The Skywalker Saga, there’s enough where you’ll wish you could go a bit faster. Well, say hello to Expert Climber. For the cost of 10,000 Studs and four Kyber Bricks, this Scavenger upgrade increases the character’s climbing speed by 40 percent.

Well-known Scavengers throughout the galaxy, like Rey or the Ewoks, are naturals at scampering up climbable areas. Being able to climb faster might not sound like a great upgrade, but it’s one that you’ll appreciate throughout your playthrough. And by only costing 10,000 Studs and four Kyber Bricks, it’s an upgrade that’s worth unlocking. 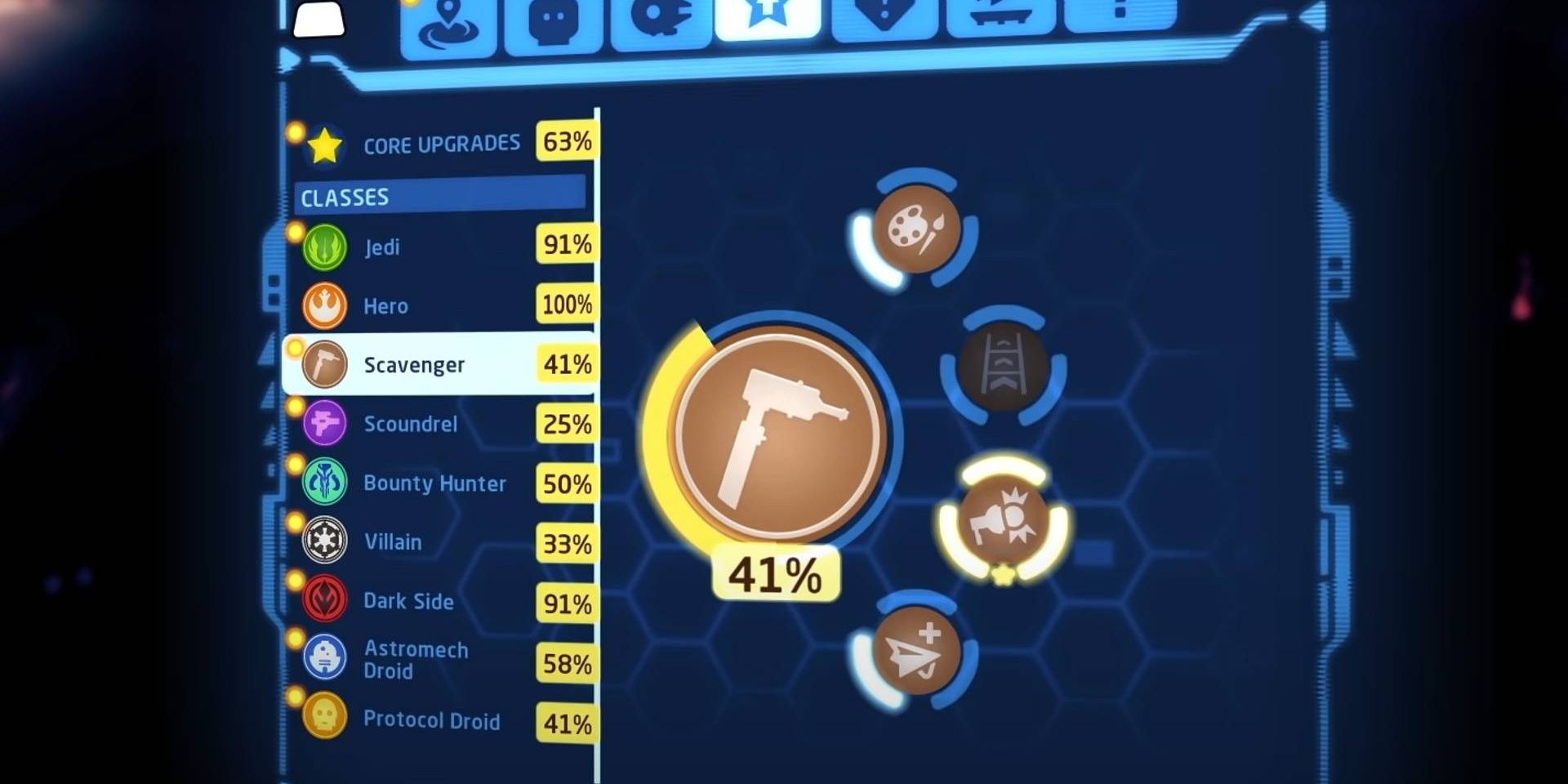 Other than increasing your general movement, building speed, and climbing speed, you can also increase your gliding speed. You might be thinking there are not many areas you’d need to glide in The Skywalker Saga, but it’s impossible to complete the gliding trial on Ahch-To without it. In the trial, you have to glide to the finish area within five seconds to win a Kyber Brick. Without Advanced Gliding, the fastest you can reach the area is roughly 5.2 seconds.

While you’ll certainly climb more throughout the game, Advanced Gliding deserves a spot here because of how important it is in securing a Kyber Brick. Once you have an abundance of Studs and Kyber Bricks, allocating 10,000 Studs and four Kyber Bricks is a fair price to pay to secure another Kyber Brick, and reach other now-attainable areas with faster gliding. 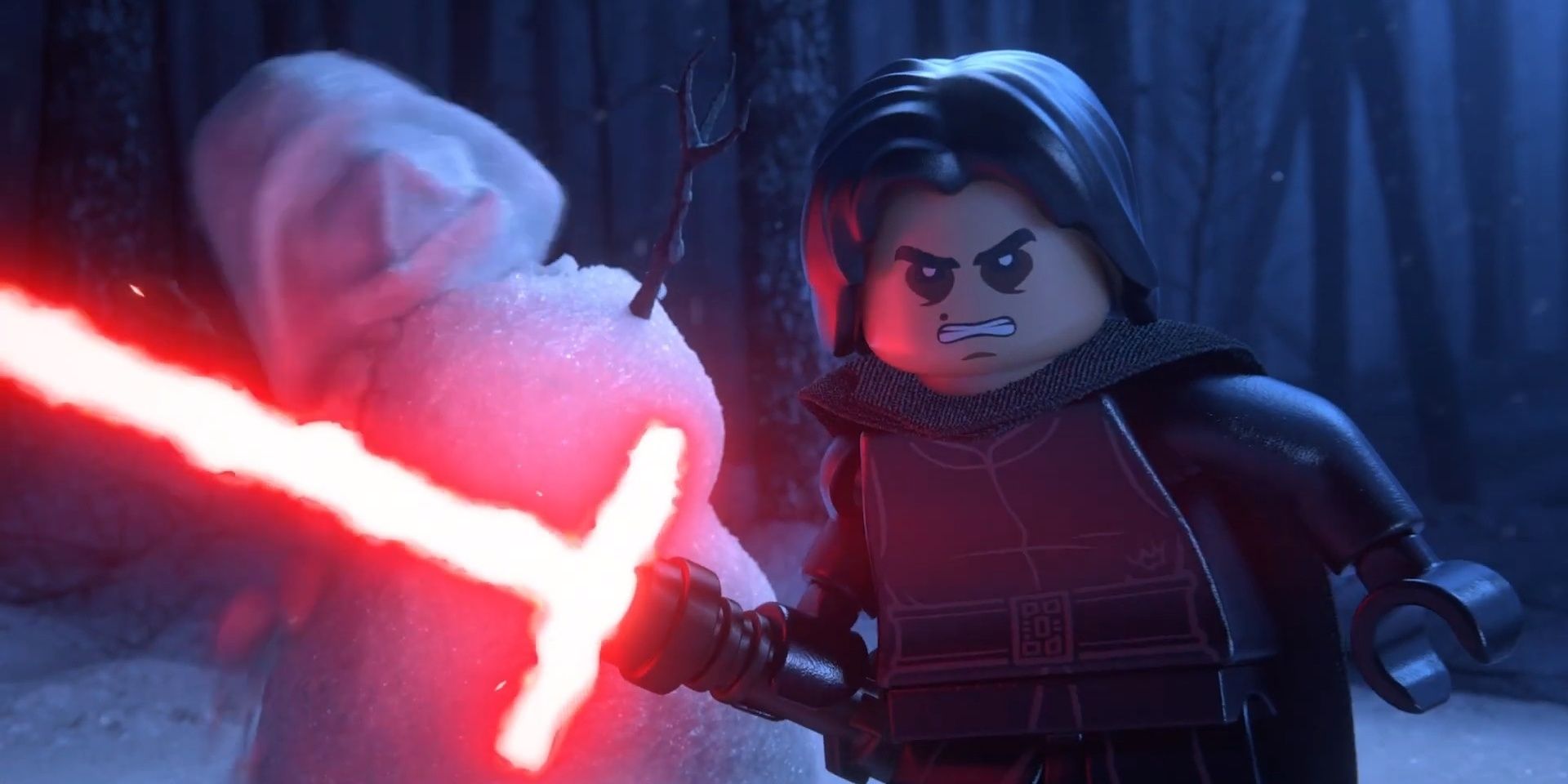 Sometimes, you have to tap into the Dark Side of the Force. By unlocking Dark Rise, you can boost the power and capabilities of Force Lift. This allows you to, of course, lift objects and place them in different areas, like lifting the grey and orange platforms around the map. Unlocking Dark Rise will also allow you to lift heavier objects and enemies.

Dark Rise can be a fun upgrade to use to simply wreak havoc, but because it’s strictly tied to Dark Force users, it’ll only be truly effective in Free Play. But for 10,000 Studs and four Kyber Bricks, Dark Rise is a solid upgrade to unlock that will come in handy during Free Play. Even after completing The Skywalker Saga, there’s so much more that can be discovered in the game that Dark Rise will help you uncover. 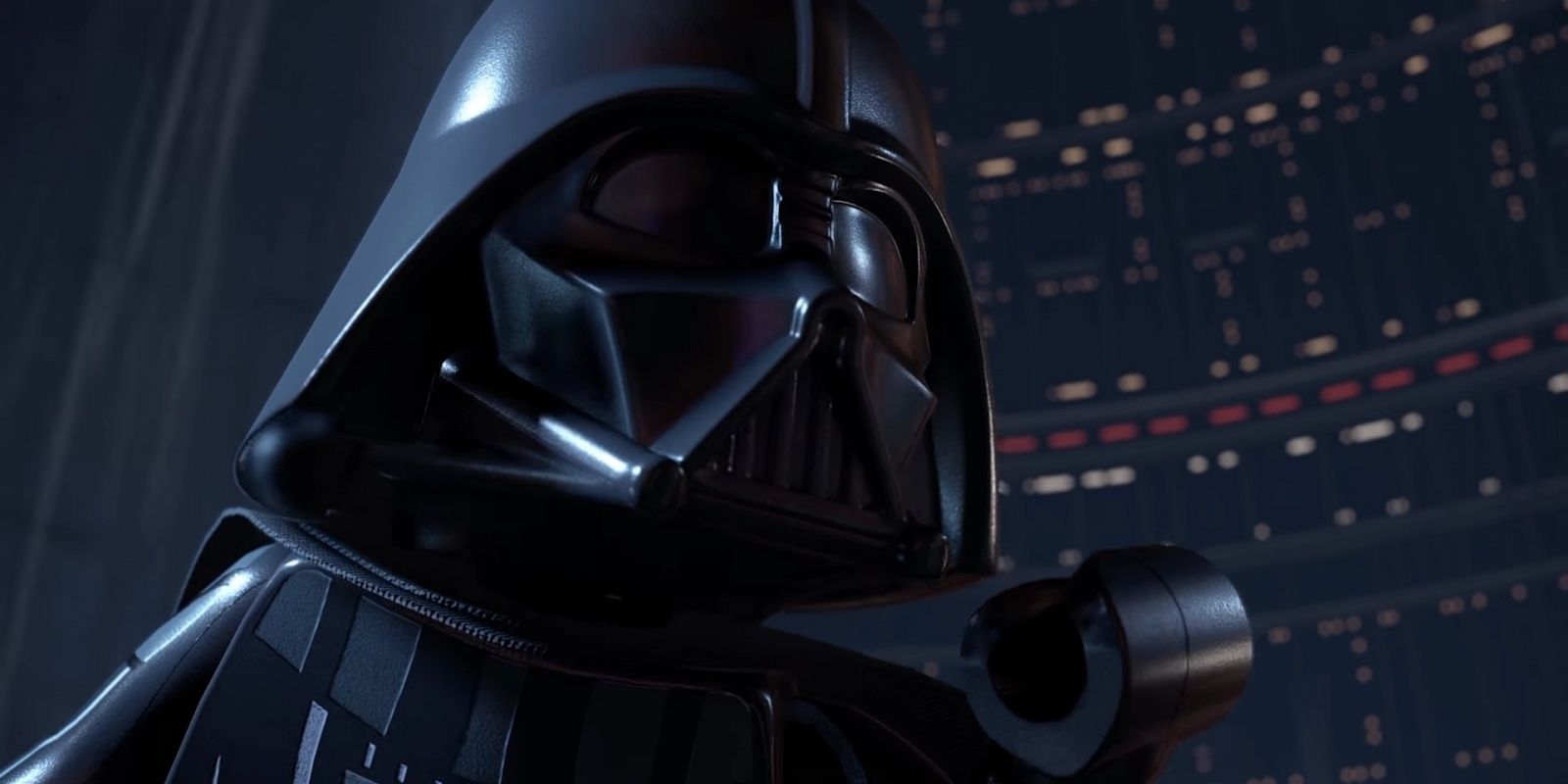 When you play a Star Wars game, you want to feel the power of using the Force. The same is true even for a Lego game, and unlocking Power Push will certainly have you feeling the power. Located in the Dark Side section, Power Push enhances your Force Push to knock back more enemies and objects over a wider range.

Similar to Dark Rise, the increase in your Force Push ability with Power Push is restricted for Dark Force users. So players looking to harness the destructive powers of Darth Vader or Kylo Ren will have to wait until they complete certain parts of The Skywalker Saga to unlock those characters. But having Power Push in Free Play will make defeating the opposition a lot easier. 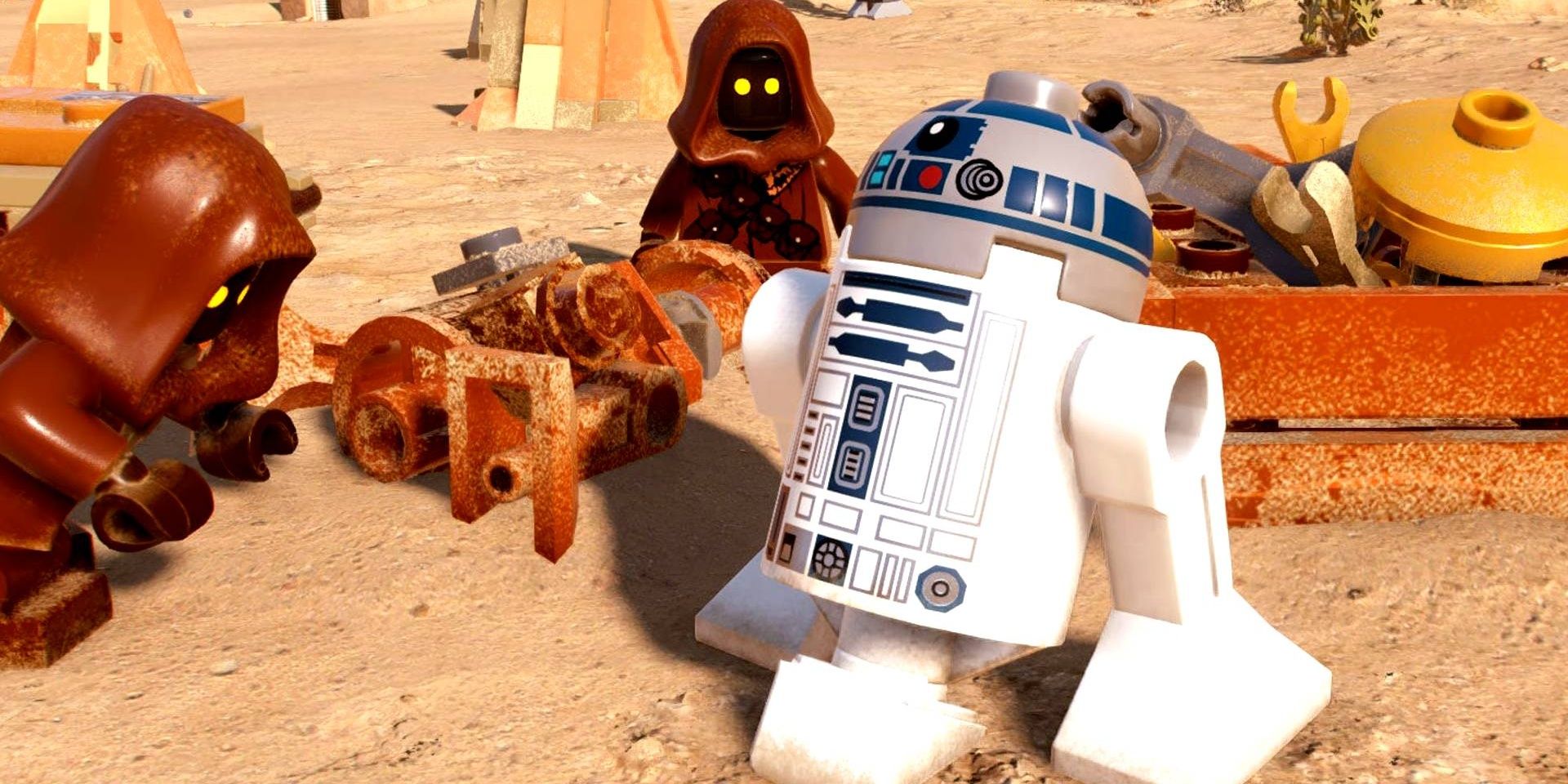 When you’re controlling an Astromech Droid like R2-D2, you might feel a bit powerless; well, you’re not. Or at least, you won’t be when you unlock Distraction. This highly useful ability allows you to project a hologram that can, you guessed it, distract nearby enemies for a period of time.

During a mission in The Rise of Skywalker, Rey and friends must make their way to Babu Frik’s workshop to crack C-3PO’s memory banks to reveal the location of the Sith Wayfinder. The catch, however, is that the group is supposed to slither their way through a legion of First Order troopers undetected. This might be a bit difficult, but with the help of Distraction, it can be a walk in the park. 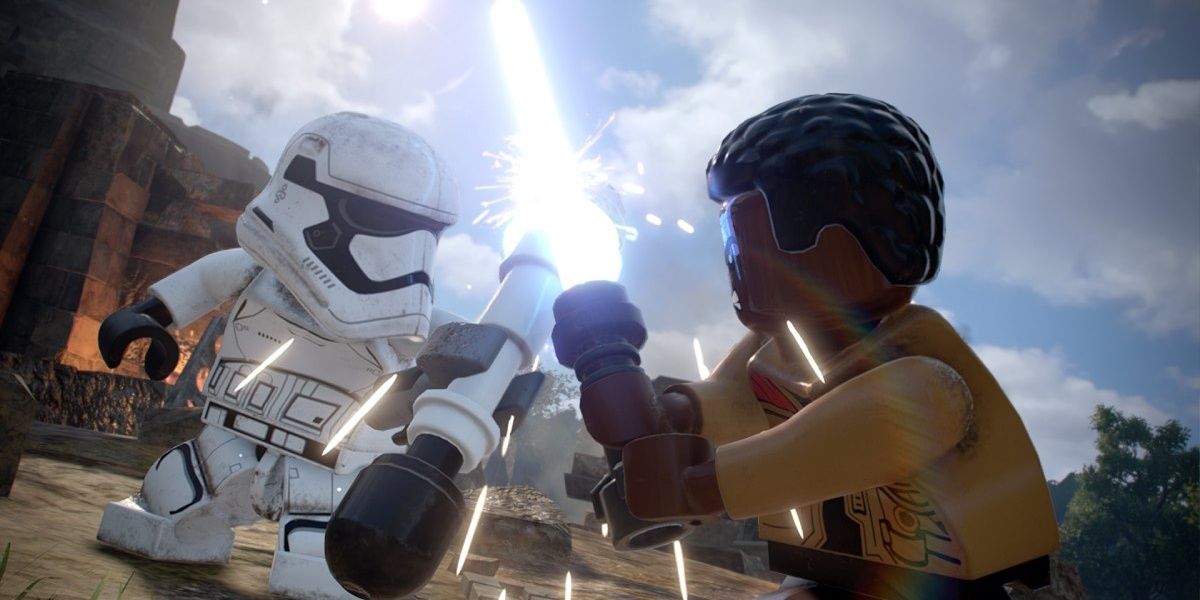 Combat in Lego games is typically chaotic and fast-paced, just overall senseless button-mashing. Throughout the chaos, there’s a good chance you won’t be paying attention to your health. Acquiring Health Recovery Speed in the Core Upgrades will start your character’s automatic health regeneration earlier and faster. 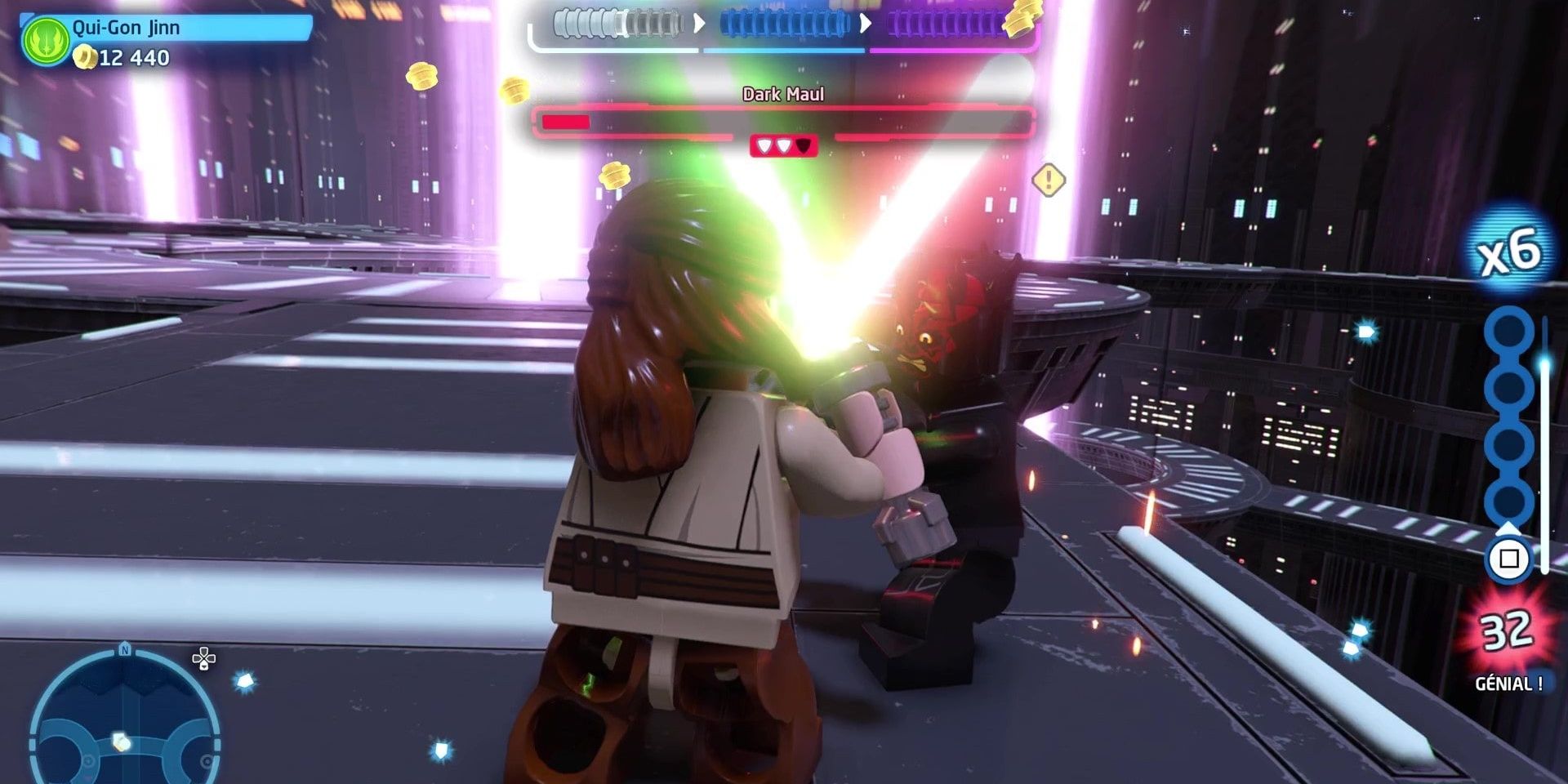 Right from the get-go, you’ll have the opportunity to unlock Extra Health from the first row in the Core Upgrades. Dying is perfectly fine in The Skywalker Saga, as you’ll respawn fast enough to collect your missing Studs, but also because you have an unlimited amount of lives. If anything, dying can be a bit of an annoyance, so unlocking Extra Health is an important upgrade to have.

For the initial cost of 10,000 Studs and five Kyber Bricks, your health will increase in the form of an additional bar. You can upgrade the Extra Health perk twice to receive two more health bars, but it’ll cost a hefty total of 35 Kyber Bricks between the two levels. As a Core Upgrade, this will affect any character you use in The Skywalker Saga. 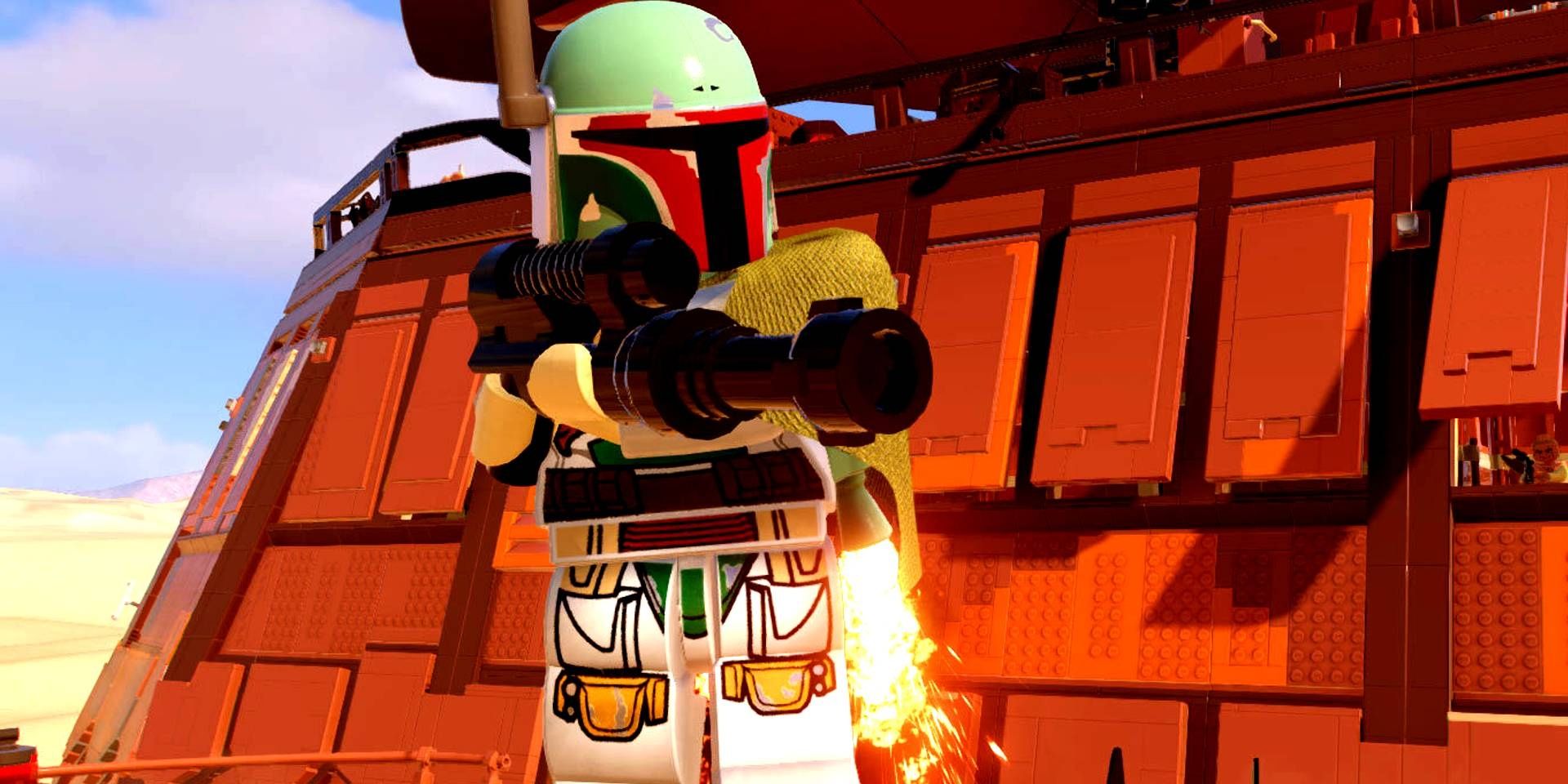 For only 5,000 Studs and four Kyber Bricks, the game is practically begging you to unlock this ability. Because Hidden Bounties is specifically for Bounty Hunters, odds are that you won’t be able to use that ability until you unlock Jango Fett in Attack of the Clones or Boba Fett in Return of the Jedi. However, once you have a Bounty Hunter unlocked, you’ll be able to collect Studs extremely fast in Free Play by taking down enemies. 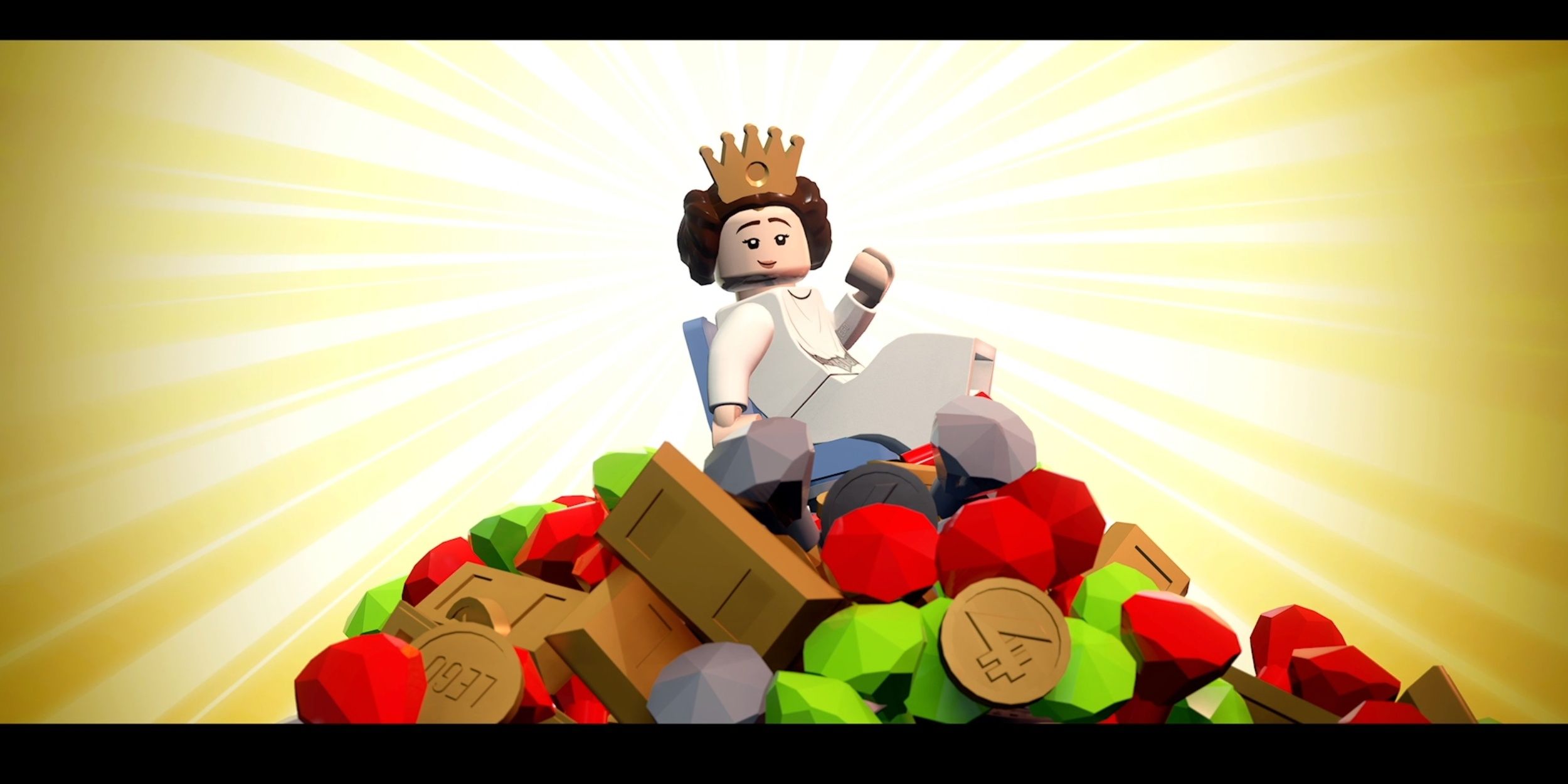 Surprisingly, the best upgrade in The Skywalker Saga isn’t related to combat or health. It might not sound like much, but being able to attract Studs from far distances is a powerful ability in its own right. Studs are the fuel for buying pretty much everything in the game, and honestly, it can be annoying running around to get in the radius to collect Studs.

Having to go out of your way to collect Studs can be a tiresome endeavor, so why not make it easier? And the best part about Attract Studs is this is a Core Upgrade and will affect any character you play in the game. This ability can be upgraded on its own to collect Studs from greater distances. For only 10,000 Studs and five Kyber Bricks, the best upgrade in The Skywalker Saga is an absolute bargain.