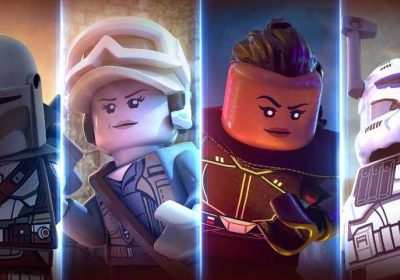 There's a lot more Star Wars than there was just a few years ago. The movies gave rise to animated shows and books, followed by live action shows, and even video games. Considering all of that, there are quite a few characters to keep track of, and one hell of a family tree. Well, we hope you're ready to learn more about them, as it seems they're all coming to Lego Star Wars: The Skywalker Saga.

At the recent D23 Disney and Marvel games showcase, Warner Bros. and TT Games announced that Star Wars: The Skywalker Saga will be getting a Galactic Edition on November 1. With both Character Collections combined, the game will have a total of 13 new Character Packs. This includes characters from The Mandolorian season one and two, The Bad Batch, Rogue One, Solo, Obi-Wan Kenobi, Andor, The Book of Boba Fett, the Clone Wars and Rebels animated shows, the Summer Vacation TV Special, along with Trooper and Classic Characters packs.

"The Galactic Edition includes 6 new packs in Character Collection 2, plus the 7 original packs from Character Collection 1," says a tweet by Lego Star Wars. "Players that purchase the game digitally can also unlock the Classic Obi-Wan Kenobi playable character that is not available for purchase à la carte."

It's been quite a few days for Star Wars fans, especially those of Dave Filoni and his contribution to the franchise. A number of reveals and announcements were made at the D23 event, but perhaps the most exciting one came in the form of a trailer for Star Wars: Tales of the Jedi. It will be a series of animated shorts, in the same art style as Clone Wars.

While we already knew that Ahsoka will feature in it, the trailer reveals that we'll also learn about her childhood. A few of the shorts will also focus on the story of young Dooku, featuring Mace Windo, Qui-Gon, and even Yaddle.