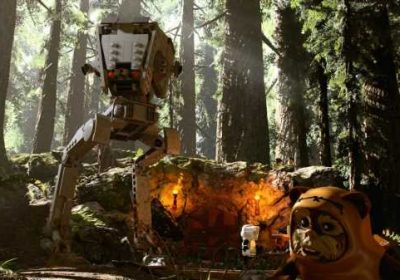 Traveller’s Tales announced today that Lego Star Wars: The Skywalker Saga will launch on April 5. The game is coming out for PlayStation 5, Xbox Series X/S, Switch, PlayStation 4, Xbox One, and PC.

Also today, Polygon has published a report detailing unhealthy crunch conditions at Traveller’s Tales. Star Wars fans have been waiting years for the release of The Skywalker Saga, which began development in 2017. In Polygon’s report, former and current employees at the studio talk about pressure to work extended hours of overtime as well high staff turnover.

In 2005, Traveller’s Tales created the first modern Lego game with Lego Star Wars: The Video Game, an adaptation of the prequel trilogy. The Skywalker Saga adapts all nine films from the main series.

Crunch is one of the biggest issues for game makers, as it can often become expected for employees to work unhealthy hours in order to get a title in a shippable state. Reports have detailed crunch issues at some of the biggest studios in the world, including Rockstar Games.