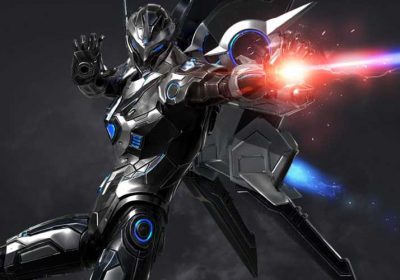 Lost Ark was a huge hit on launch, hitting 1.325 million concurrent players on Steam in under 24 hours, breaking platform records.This put it, at the time, above CS:GO, Dota 2, PUBG, and Apex Legends. However, it has just lost two thirds of its player base following a bot wipe, dropping from 300,000 average concurrent players to 100,000.

Developer Smilegate said "This change is the direct result of a roll out of a significant number of bot account bans", something that Lost Ark players have been compalining about for nearly a year (thanks, PCGamesN).

However, some Reddit users claim that more than just bots were hit in this wave, with reports that real money trading (RMT) guilds "are in shambles right now," as user Whitely said. "RMTers are getting banned. Several of them got banned for 10 months for RMTing 1m gold. Other RMTers got banned for 1 month for RMTing 100k gold."

RMT bans seem small in scale for now, especially compared to how many bots have been wiped from servers. But guilds are reportedly expecting these bans to get more severe and common, as Smilegate appears to be cracking down on real money trading as well.

Smilegate also stated on the Lost Ark forums that it's using "new and highly effective tactics to target and remove bots from the game", and that it will "continue to deploy large-scale bot ban waves, implementing new methods of identifying and actioning against bots en masse".

How this will impact Lost Ark's player count going forward remains to be seen. For the time being, while it has dropped, it should have "a positive impact on gameplay, including improved Market and Auction House experiences, decreased lag in heavily populated areas, and fewer bots present in the game."

Already, players are celebrating the ban wave, with one poster saying that "Towns feel so much more alive without the bots". Commenters echoed this sentiment, saying that it's wild "when you realize how much space bots were taking up on each channel." Lost Ark may have lost 200,000 concurrent 'players', but this drop looks to have ironically breathed new life into Lost Ark.

In the past, players have taken it upon themselves to try and combat the growing bot uprising, with people boxing off objectives to trap AI so that they can't move, while others simply took to killing them. Hopefully, with continuing bot ban waves from Smilegate, and new measures to crack down on them – while appearing to go after real money traders as well – players won't have to worry about servers being flooded with bots soon enough.

Unfortunately, it's a common problem in free-to-play games, and something that has yet to be ironed out across the industry, but if the drop in 200,000 players is anything to go by, Lost Ark is on the right tracks.