Home » News » LOTR: What Are The Silmarils?

LOTR: What Are The Silmarils? 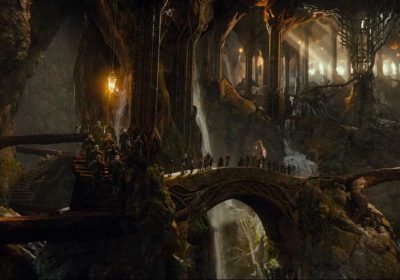 If you have even a passing familiarity with The Lord of the Rings, you may have heard of the Silmarillion, a prequel compiled from Tolkien's notes and published by his son Christopher after the author's death. It tells several connected stories related to the creation of Middle-Earth and the events that preceded Bilbo and Frodo's adventures.

The book's title comes from a major event in the story, a war fought over jewels called the Silmarils. Read on to find out what the Silmarils were and why they were so important to the history of Middle-Earth.

The Two Trees Of Valinor 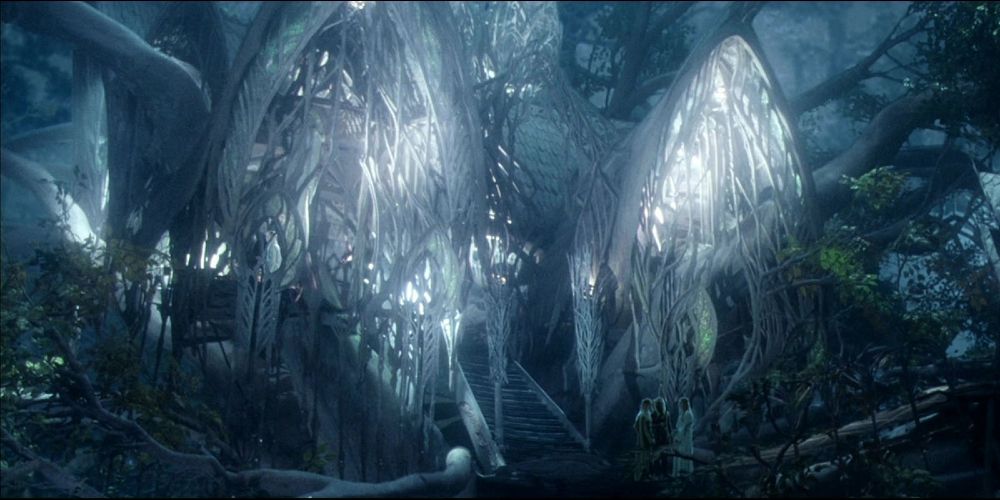 When the world of Eä was created, it was lit only by starlight as the Sun and the Moon had not yet been made. The Valar, demigods who brought the universe into existence on behalf of the supreme being, hung two magical lamps in the sky to give the world proper light. However, the first and mightiest of the Valar, Melkor, destroyed the lamps out of jealousy over his siblings' creations. For this crime, Melkor was banished to the Void for three full Ages of the world.

To replace the lamps, the Valar created the Two Trees of Valinor; Laurelin, which emitted a golden light, and Telperion, which glowed silver. The two would slowly brighten and dim over the course of a day, creating the cyclical progression from day to night and back again.

The Creation Of The Silmarils 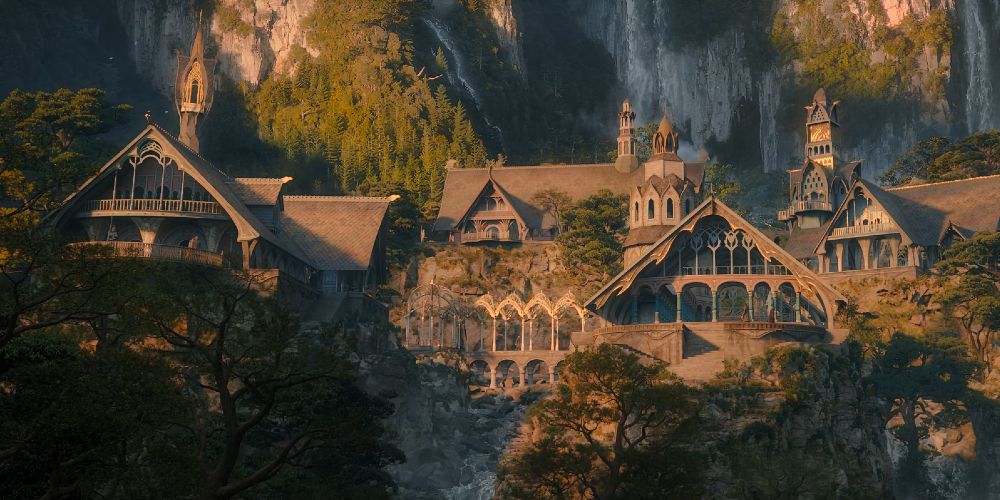 During Melkor's exile, the Elves came from Middle-Earth to live among the Valar on the continent of Arda. Fëanor, Prince of the Noldor, was one of them. Fëanor is regarded as the most skilled non-Valar craftsman to ever live, and he created exquisite works of art throughout his long life. His masterpieces were three jewels into which he magically bound a fragment of the light from the Two Trees; these jewels were the Silmarils. He crafted them from a material called silima, which was harder and more beautiful than diamonds. Fëanor never shared the secret of how to create silima with anyone, and the craft eventually died with him.

Fëanor was exceptionally prideful, even by Elven standards, and would wear the Silmarils to show off his creations. However, as the reputation of the jewels grew he became paranoid that someone would try to steal them, and locked the Silmarils away in an iron vault that only he and his immediate family were allowed to enter. The Silmarils were also blessed by Varda, Queen of the Valar, such that nothing evil could ever touch them without suffering agonizing pain.

The Theft Of The Silmarils 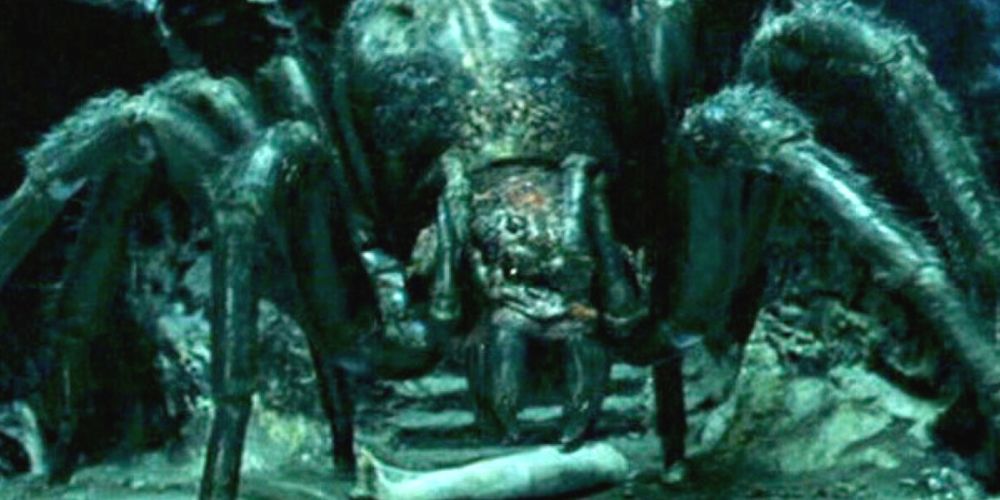 When Melkor returned, he pretended to have learned his lesson but played on Fëanor's pride to convince him that the Valar were manipulating the Elves. Fëanor became more belligerent with his fellows, eventually drawing his sword against one of his kinsmen. Such a crime was punishable by banishment, and Fëanor was forced to leave Arda, leaving the Silmarils safely stored in their vault.

When Fëanor informed the Valar of what Melkor had told him, they realized they had been deceived yet again. Not wanting to be sent back to the Void, Melkor changed his name to Morgoth and summoned a massive spider called Ungoliant to attack Valinor. Although Morgoth and Ungoliant were eventually driven off, they had done considerable damage; they had killed Fëanor's father Finwë, broken open the iron vault, and stolen everything inside – including the Silmarils. Worse still, they had destroyed the Two Trees of Valinor, robbing the world of light a second time.

The Valar tried to save the Two Trees, but were only able to preserve a single fruit from Laurelin and a single flower from Telperion. They used these relics to create the Sun and the Moon, then sent word to Fëanor of what had happened.

The War Of The Jewels 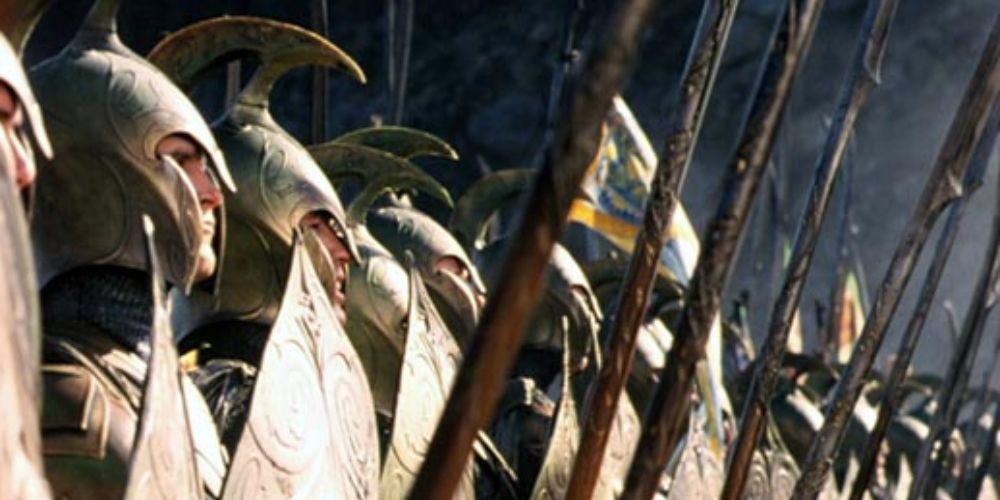 Fëanor was furious, both at his father's murder and at the theft of his beloved creations. He and his sons swore eternal vengeance and made an oath to recover the Silmarils and go to war with anyone who tried to stop them. Fëanor returned to Arda, and most of his clan, the Noldor, joined him in traveling to Middle-Earth in pursuit of Morgoth.

Morgoth, for his part, had suffered terrible burns from daring to touch the Silmarils, and set them in his crown to display his prize without making direct contact. Fëanor's clan waged war against Morgoth and his servants for thousands of years. 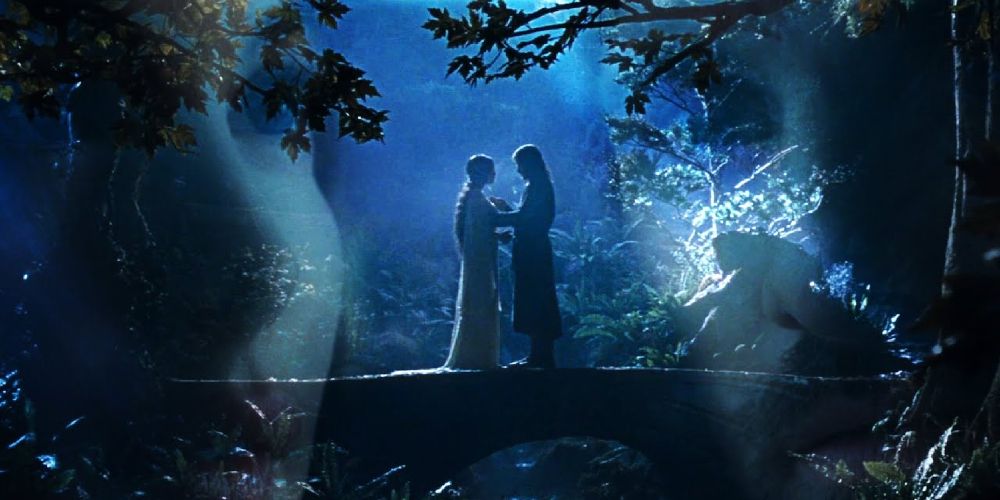 Beren, Son of Barahir, was a human of the Edain tribe. When he fell in love with Elven Princess Lúthien – said to be the most beautiful woman who ever lived, divine or mortal – her proud father Thingol scoffed at the notion of his daughter marrying a mortal man. Thingol claimed he would only consent to the marriage if Beren could retrieve one of the Silmarils from Morgoth's crown.

Beren and Lúthien took up the quest together and were able to steal one of the Silmarils. However, on their return journey they were attacked by Carcharoth, an enormous wolf loyal to Morgoth. Beren attempted to use the Silmaril's light to distract Carcharoth, but the wolf bit off his hand, swallowing both it and the Silmaril. Beren and Lúthien returned without their quest, but Beren set out to hunt Carcharoth despite now being one-handed. He successfully slew the wolf and cut the jewel from its stomach, and Thingol agreed to the marriage. 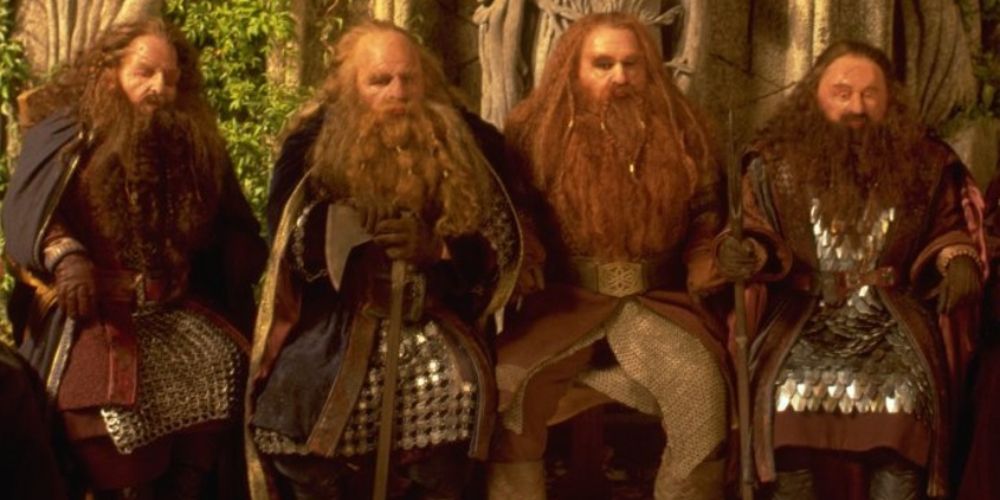 After the recovery of the Silmaril, Thingol commissioned several pieces of jewelry from famed Dwarven smiths. The finest of these pieces was a necklace called Nauglamír. Thingol was so impressed with the Dwarves' work that he showed them the Silmaril and asked them to make it the centerpiece of Nauglamír.

Upon seeing the jewel, the Dwarves were overcome with greed and agreed to the job, but when they presented the finished product to Thingol they insisted that as Nauglamír was of Dwarven make it belonged in a Dwarven hall along with the Silmaril. Thingol demanded that they return the Silmaril, so the Dwarves slew him and fled.

Beren led an army to chase down the Dwarves, destroying them and recovering the necklace. He gave Nauglamír to Lúthien, and their son Dior became King.

The Fate Of The Silmarils 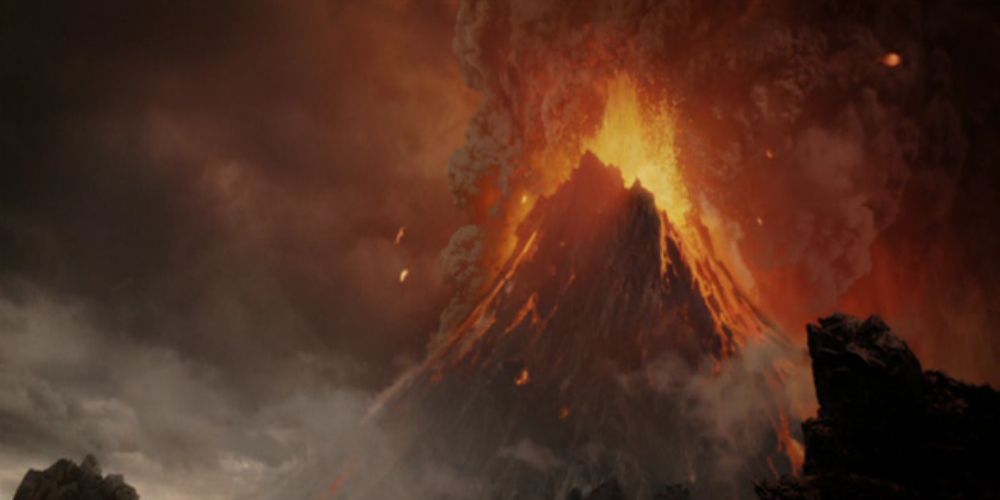 Dior had inherited his mother's beauty, and soon word began to spread of the Elven King with a necklace that shone with an inner light. Fëanor's two remaining sons, Maedhros and Maglor, realized that the jewel must be one of the Silmarils and went to Dior to demand its return. They had sworn an oath to recover the Silmarils and were honor-bound to go to war with Dior if he refused. Dior, for his part, claimed that the jewel was his by right as his parents had shed their own blood getting it from Morgoth. Maedhros and Maglor returned with an army, killing Dior and much of his family.

Dior's daughter, Elwing the White, fled with the Silmaril, successfully evading the sons of Fëanor. She and her husband, the half-Elf Eärendil, sailed to Valinor to offer the Silmaril to the Valar as a gesture of repentance for their ancestors' actions. The Valar graciously received the gift, setting it in the sky as a star, where it remained from then on.

When Maedhros and Maglor eventually defeated Morgoth, they sent him back to Valinor for judgment and kept his crown for themselves. Each took one of the Silmarils, but because of their evil deeds the Silmarils burned them at the touch. Blinded by pain, Maedhros threw himself into a pit of lava in Morgoth's domain, destroying himself and encasing the indestructible Silmaril in rock when the lava cooled. Maglor threw his Silmaril into the ocean, and as such none of the Silmarils would ever be retrieved.

The Legacy Of The Silmarils 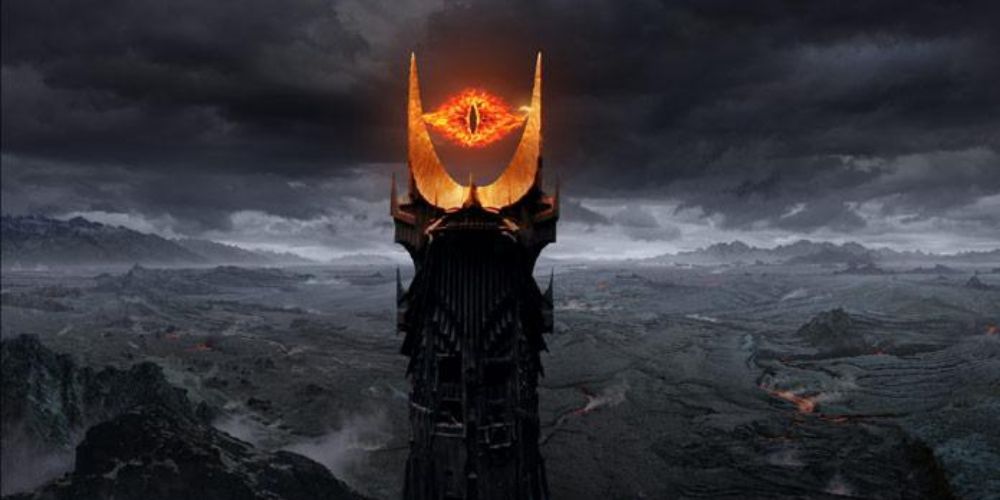 Although they will never again be seen in Middle-Earth, the Silmarils and their theft are directly responsible for many of the events in The Lord Of The Rings. All the Elves in the main series are descendants of those who joined Fëanor on his quest to recover the jewels.

Furthermore, Beren and Lúthien battled Sauron in person during their quest; his defeat caused him to hide from Morgoth's wrath, allowing him to evade capture when Morgoth was finally defeated. While being robbed of his most powerful minion likely made Morgoth's defeat possible, Sauron hiding in Middle-Earth led directly to the creation of the Rings of Power and the One Ring to rule them all.