Home » News » Magic: The Gathering – 10 Mechanics We Wish Were Viable In Commander

Magic: The Gathering – 10 Mechanics We Wish Were Viable In Commander

Commander is a Magic: The Gathering format where you have the freedom to build anything and everything you want. Where most formats are focused on playing only the best of the best cards, Commander lets you experiment with cards that might normally be too expensive to cast or too weird for Constructed play.

Even so, there are some mechanics that still aren’t quite good enough to make the cut. These abilities are often still too narrow to build around or simply don’t do enough to be worth investing your turns to implement. These mechanics are close to being good but could be better with a little updating. 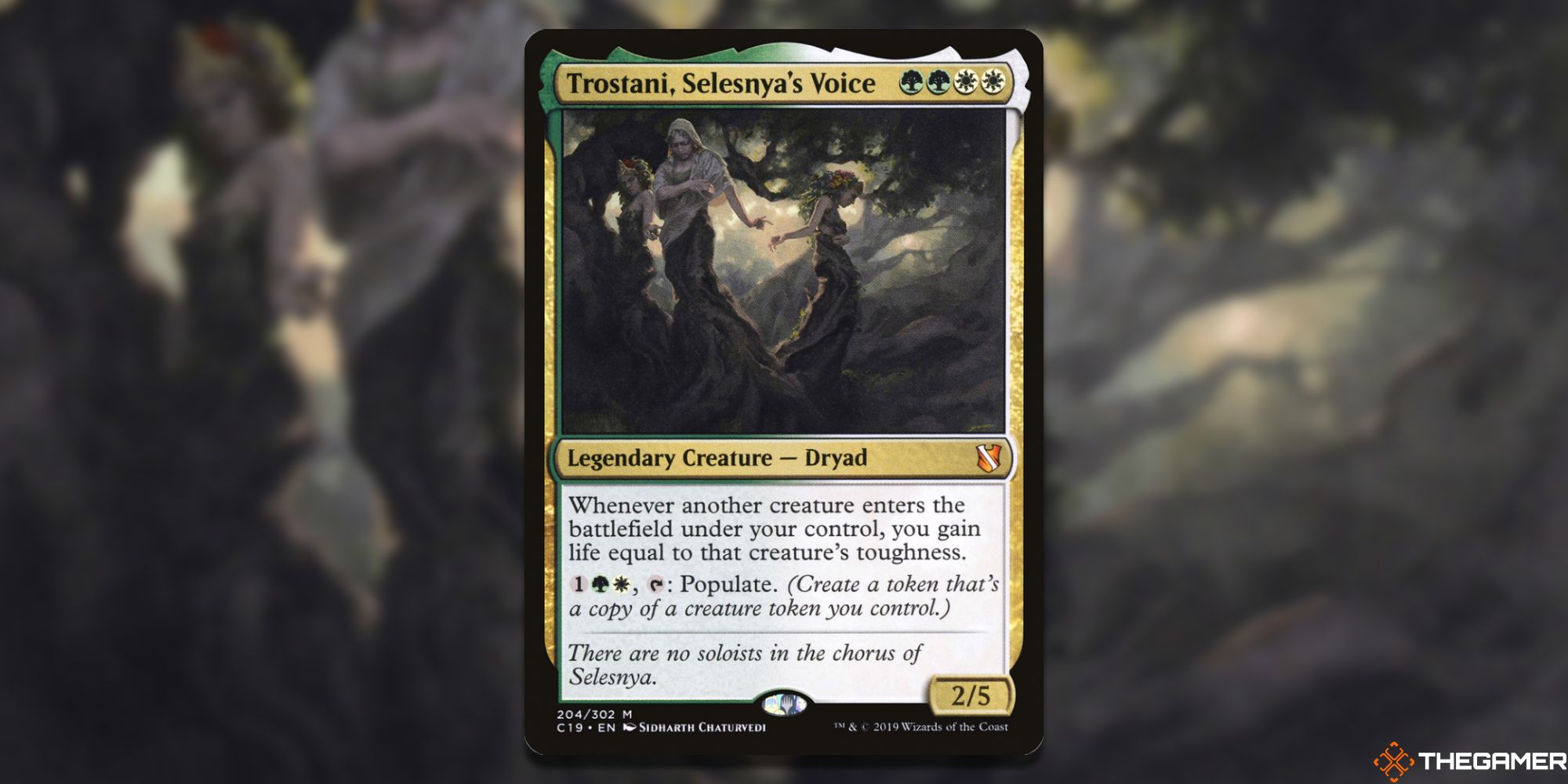 Tokens are a fun and popular theme to use when building your deck, and populate seems like it would be the perfect mechanic to build around. There are a few limitations that hold populate back, however. Populate only copies one token you control, and that token has to be a creature.

Experimenting with being able to populate artifacts or enchantments would give the mechanic some versatility. Another fun change to the mechanic could be adding a number to it, so you would populate X times, or create copies of several different tokens instead of just one target. 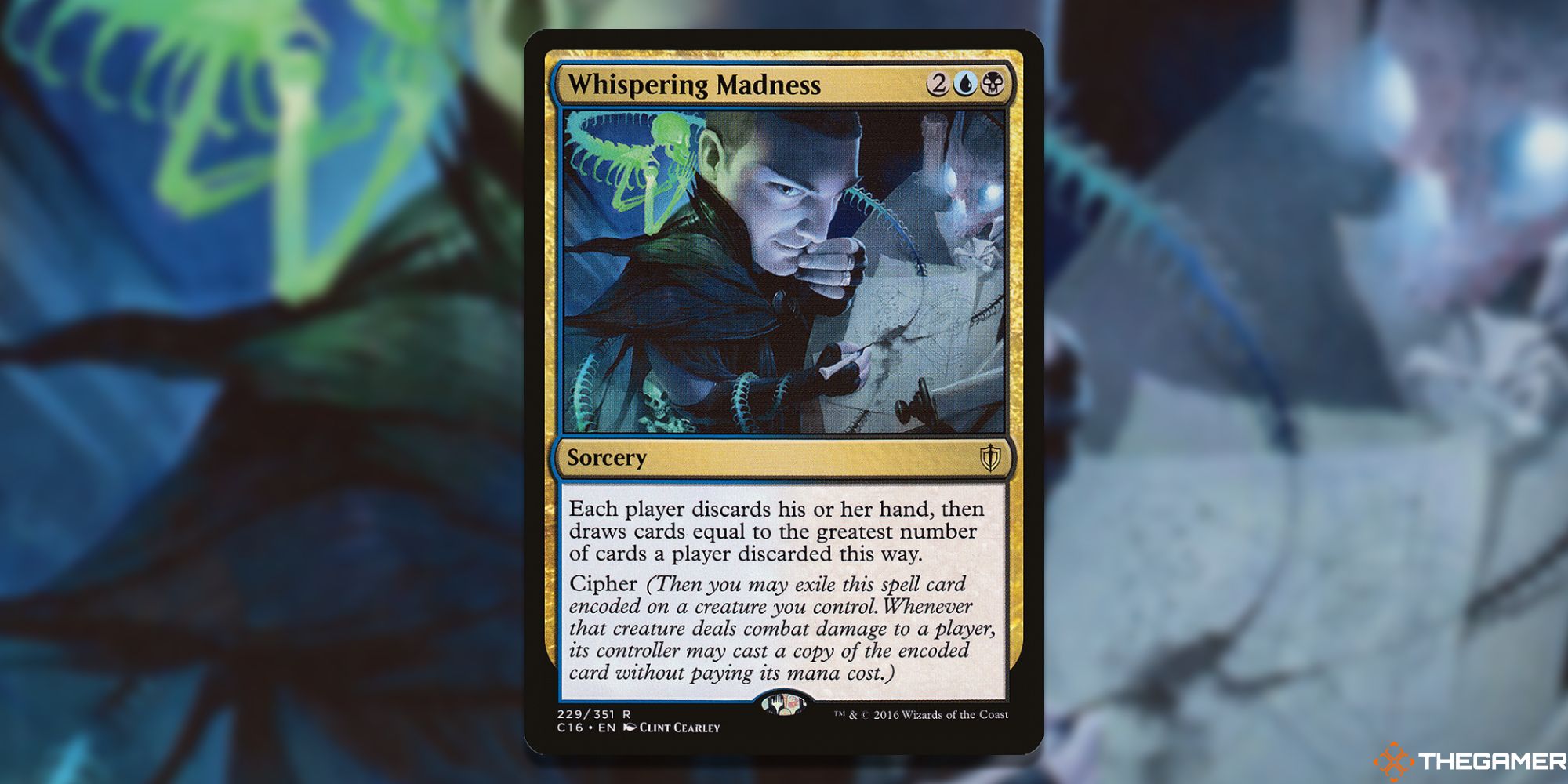 There aren’t many cards with the cipher ability, but it is a unique mechanic that can modify your creatures in a fun way. When you cast a spell with cipher, you may encode it onto a creature you control. Whenever that creature deals combat damage to a player, you get to cast a copy of that spell for free.

Cipher has unfortunately been restricted to just black and blue spells though, and because you could potentially cast it repeatedly, the power of those spells is relatively low. Spells in other colors with more diverse effects could open up the design space for cipher to grow. 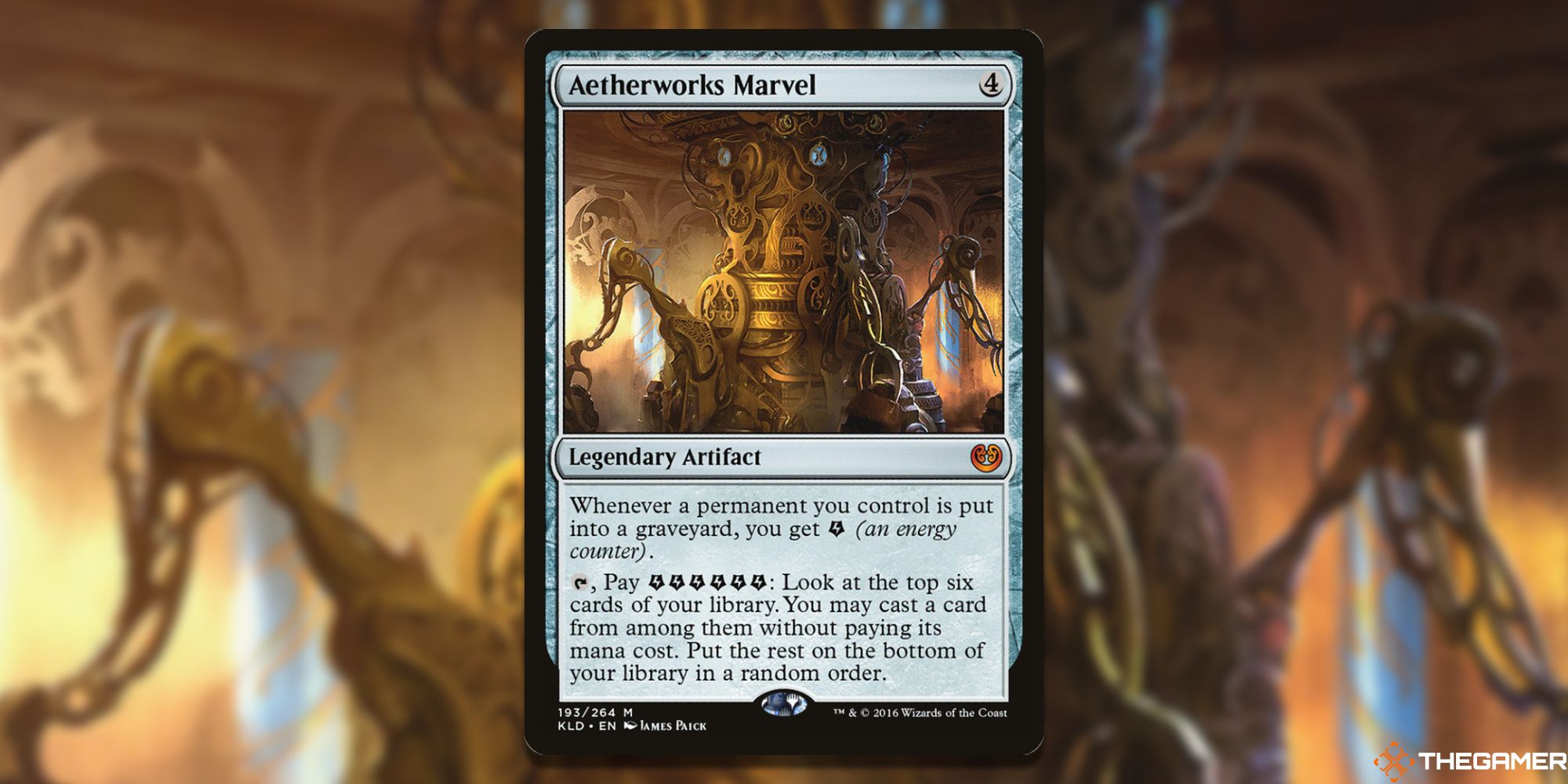 For as powerful as Energy was in Standard, it could use some updates to be more viable in Commander. Energy slots well into decks with a proliferate theme, with Atraxa, Praetors' Voice being a particularly good commander to lead your Energy deck.

Despite having a large pool of cards to pick from, there just aren’t enough powerful effects to utilize Energy efficiently. The best thing you can do is ramp up in Energy and use Aetherworks Marvel to cheat a powerful spell into play. If there was a more reliable way to use or even spend energy that has a bigger impact on the game, it could take Energy from being fun to powerful. 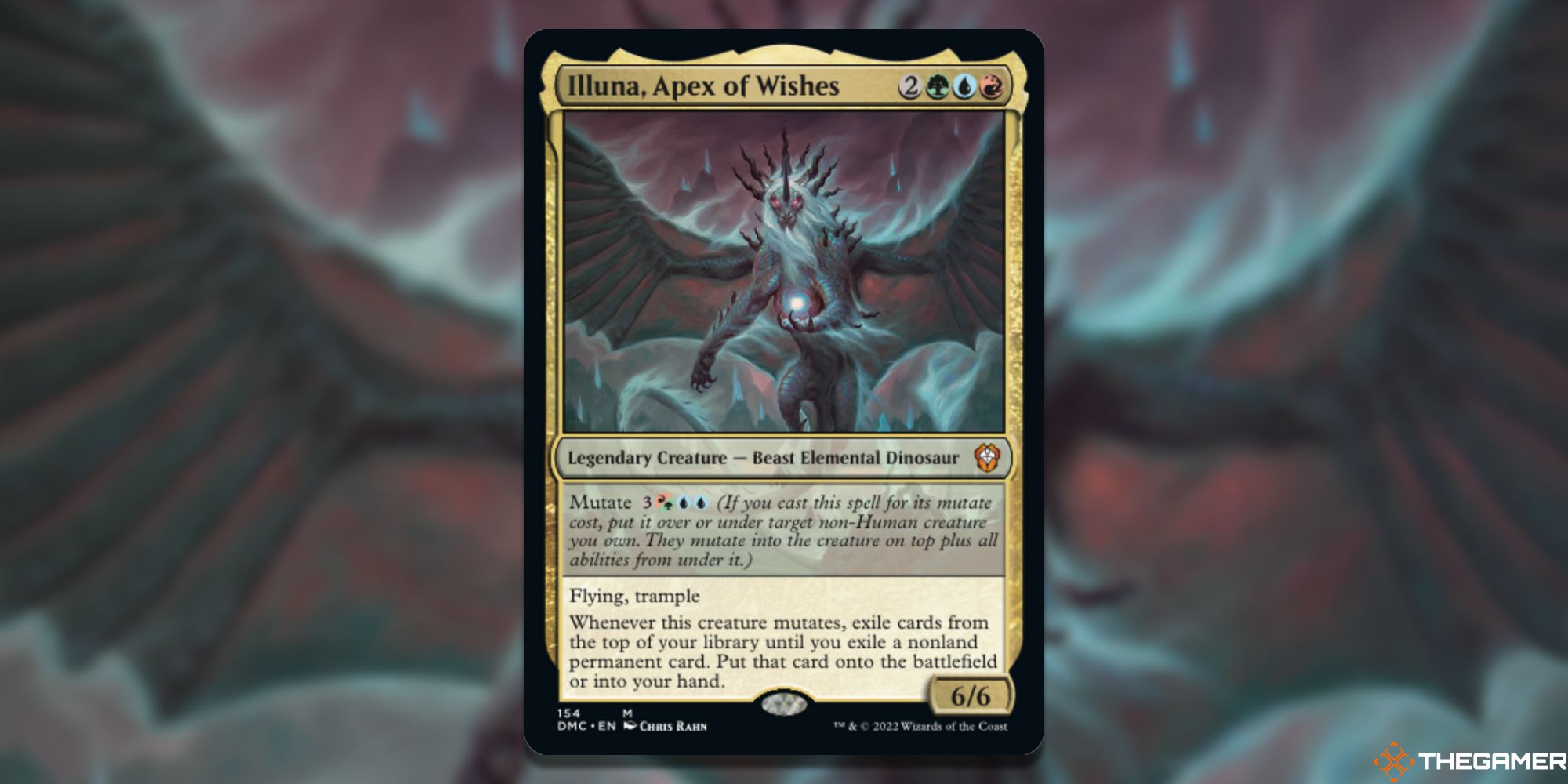 Mutate is a mechanic that sounds good on paper, but once it was put on cardboard, it didn’t quite perform as well as expected. The mechanic is a little difficult to follow at times, being able to alternate how you augment the target creature changes whether you’re changing the whole creature or just the abilities.

Then, each subsequent mutation on the same creature requires you to track which is on top or below, and all the abilities of all mutated creatures. While there are powerful interactions to be found in mutate-themed Commander decks, it suffers from the same vulnerabilities as other Voltron decks, where if the original target doesn’t have some type of protection or evasion, it can languish against targeted removal. 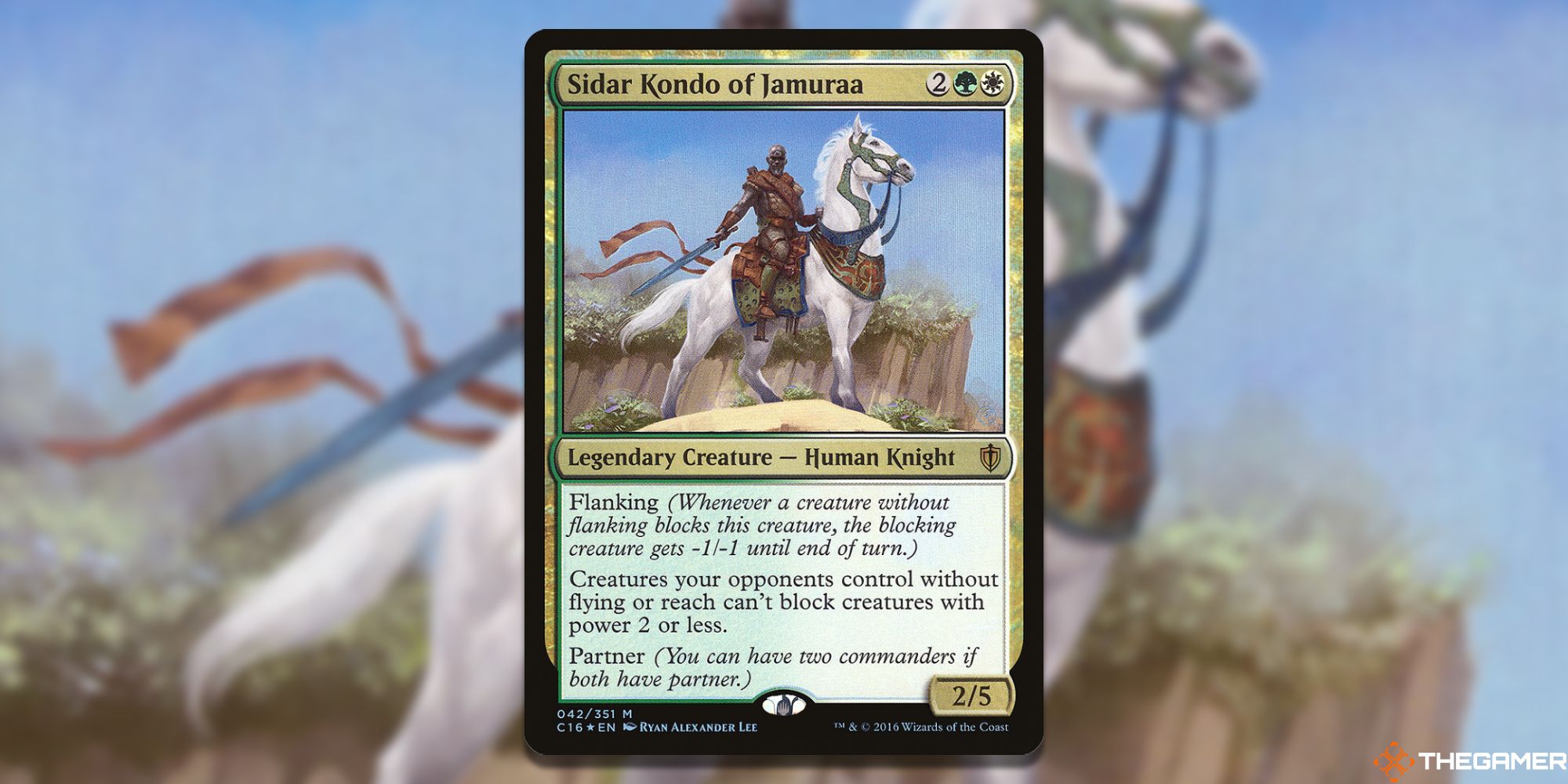 An old mechanic from the olden days of Magic, when a creature you control with flanking blocks an attacking creature without it, the attacking creature gets -1/-1 until the end of the turn. If you block with multiple creatures that have flanking, you’ll significantly weaken your opponent’s creatures.

In a Group Hug or Pillowfort style deck, where you likely are restricting the number of attacking creatures in some way, flanking can massively reduce your opponent’s attack strength. There are only a handful of cards that have flanking, and they aren’t particularly powerful. A dedicated Commander deck, or a couple of cards that help push your flanking creatures a little, could make it a viable theme to build around. 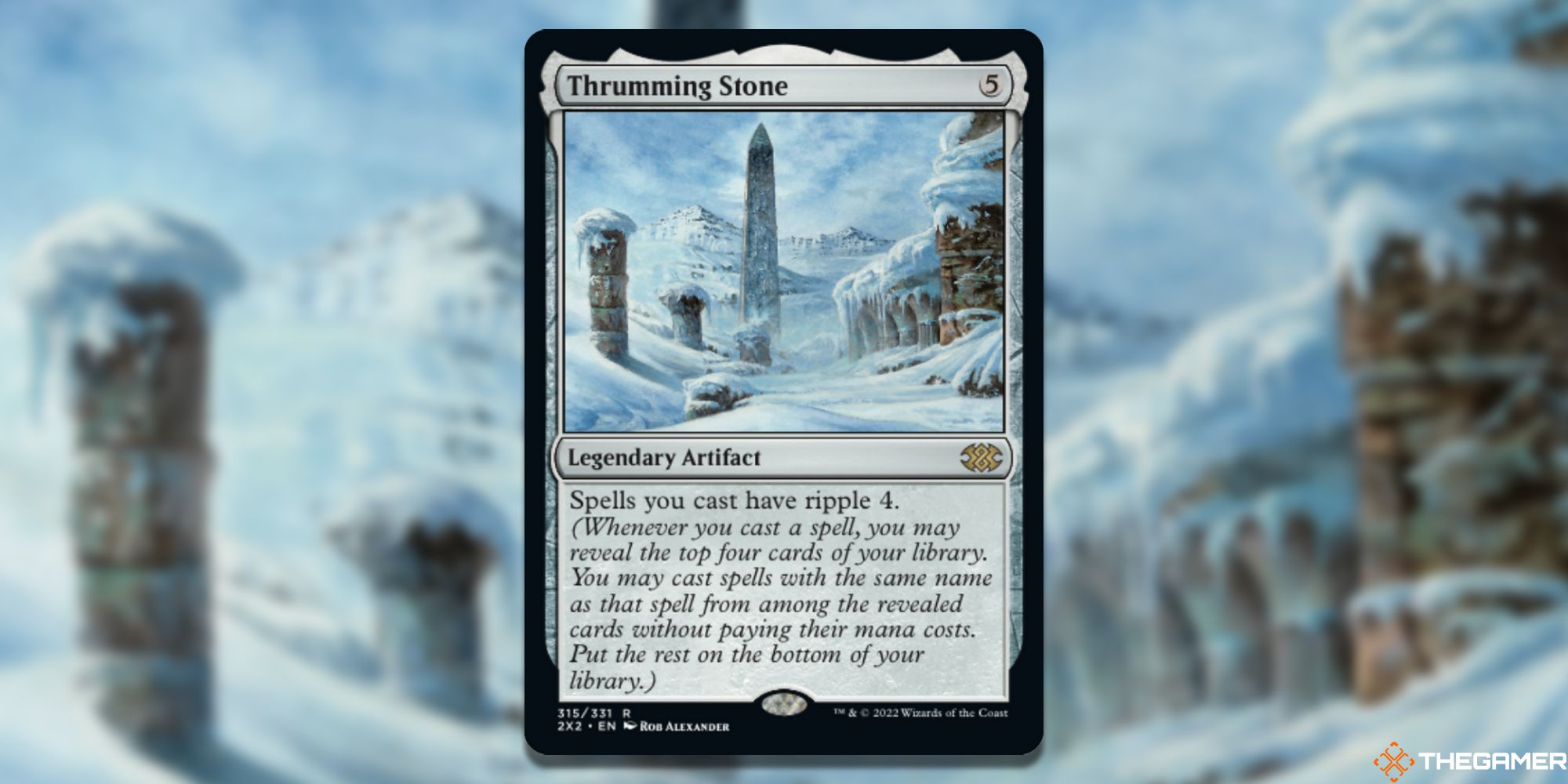 Sometimes a mechanic just isn’t built for Commander and ripple is one of those. When you cast a spell with ripple, you look at the top X cards of your library. Ripple is always associated with a number, and on all six cards with ripple that number is four. If you find other cards with the same name as the spell you are casting, you can cast those for free.

As it stands, ripple only works in decks with cards that allow you to include multiple copies of it in a deck. Ripple could become viable if it could grab cards that had the same type, casting cost, or color, though it could easily be too strong of a mechanic at that point. 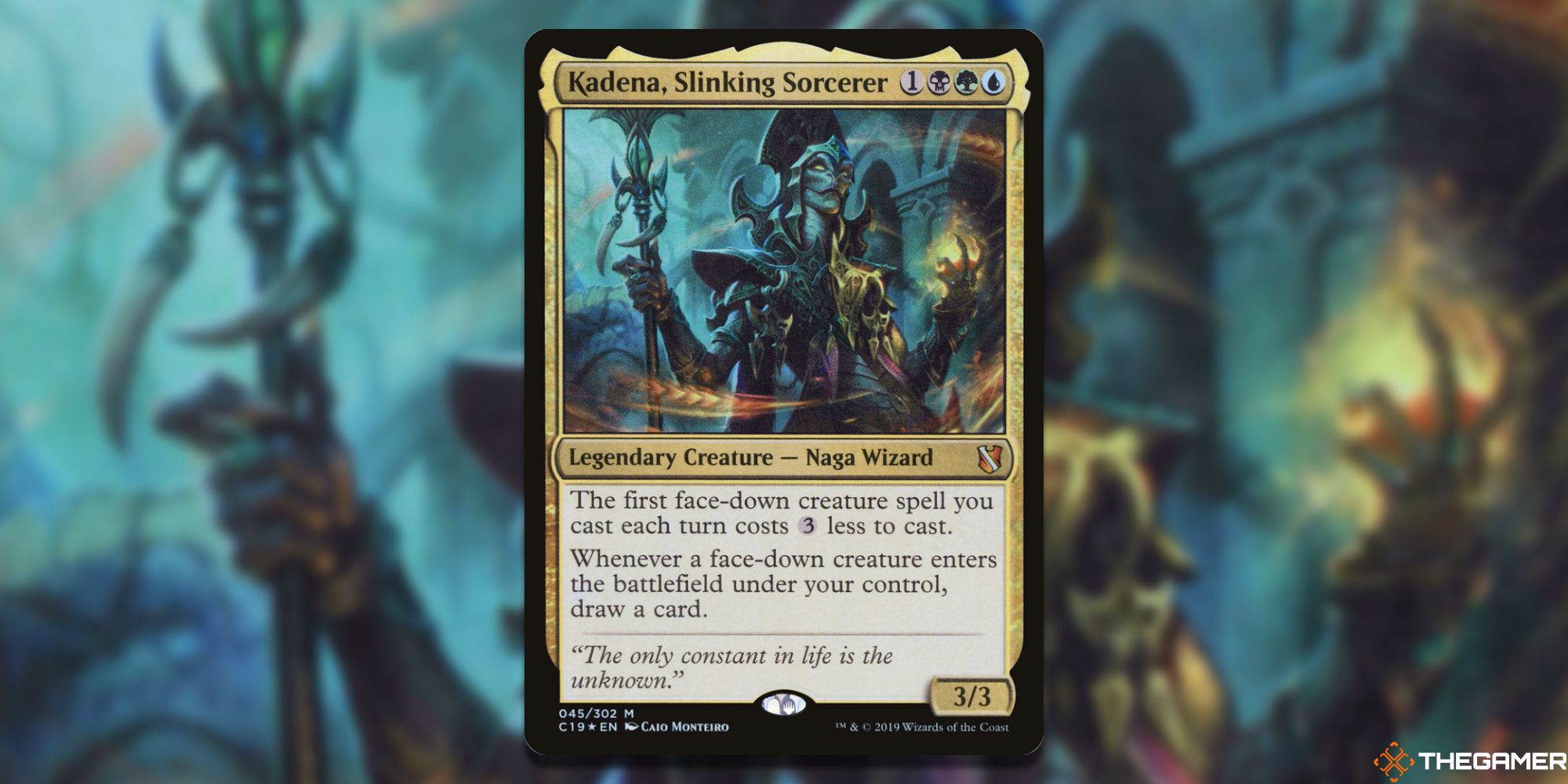 Morph is one of those great mechanics that just doesn’t see much play. There are some powerful cards with morph that are passed up because they take both time and extra mana to get results out of.

Morph, and the larger megamorph mechanic, give you an element of surprise with your cards, letting you coax your opponents into attacking before flipping over a massive creature. However, there’s only one real morph commander, Kadena, Slinking Sorcerer, and decks can be fairly predictable since it is limited to just three colors. 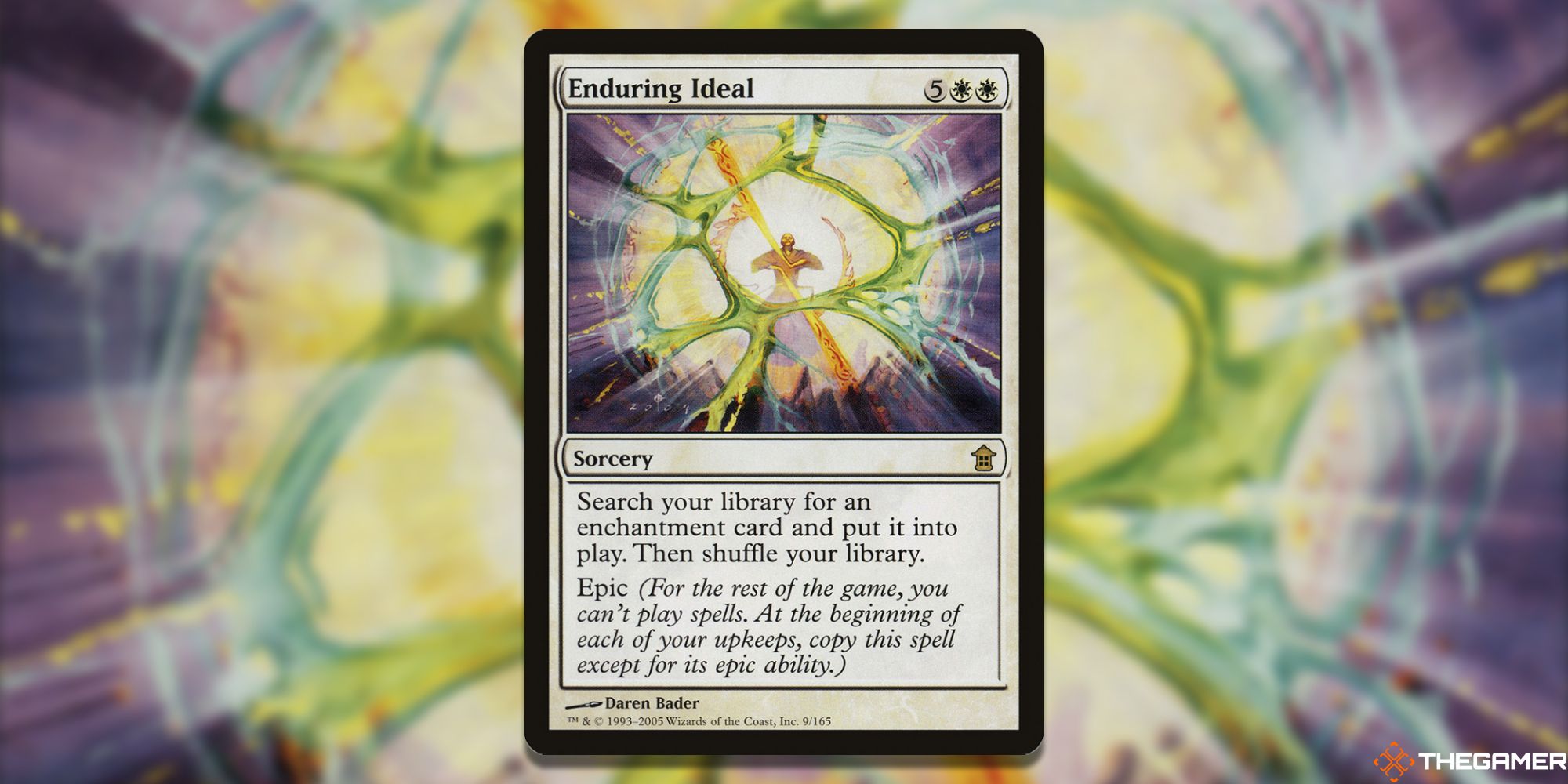 There are only five cards in Magic with the epic ability, and though they will likely be all that is ever made, it is a fascinating mechanic to build around. When you resolve a spell with epic, you can no longer cast any other spells for the rest of the game. You then copy that spell at the beginning of your upkeep, making it the only spell you’ll ever cast again.

While limited in the design space, tying a specific card type to epic could allow for some interesting new cards, such as an epic sorcery spell that prevents you from casting other sorcery spells, but lets you cast every other card type instead. 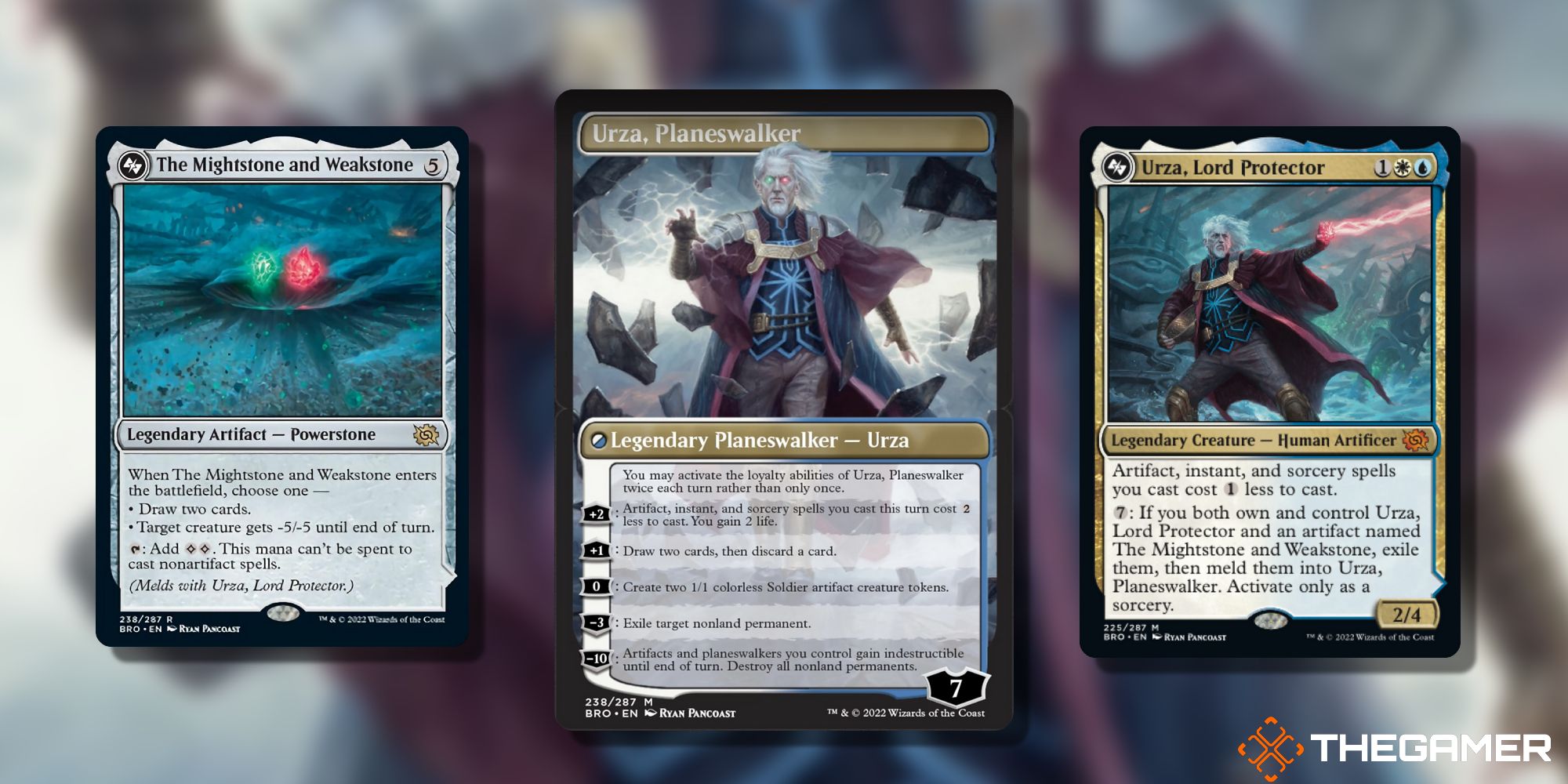 Meld is such a fun mechanic, but it's exceptionally difficult to pull off. Representing some of the most powerful figures in Magic, these cards require having both halves of the card in specific zones, and then triggering the transformation in some way.

If your opponents let you meld the two cards, it can be an unstoppable force on the battlefield. But if an opponent disrupts this plan in any way, it can be nearly impossible to come back from. 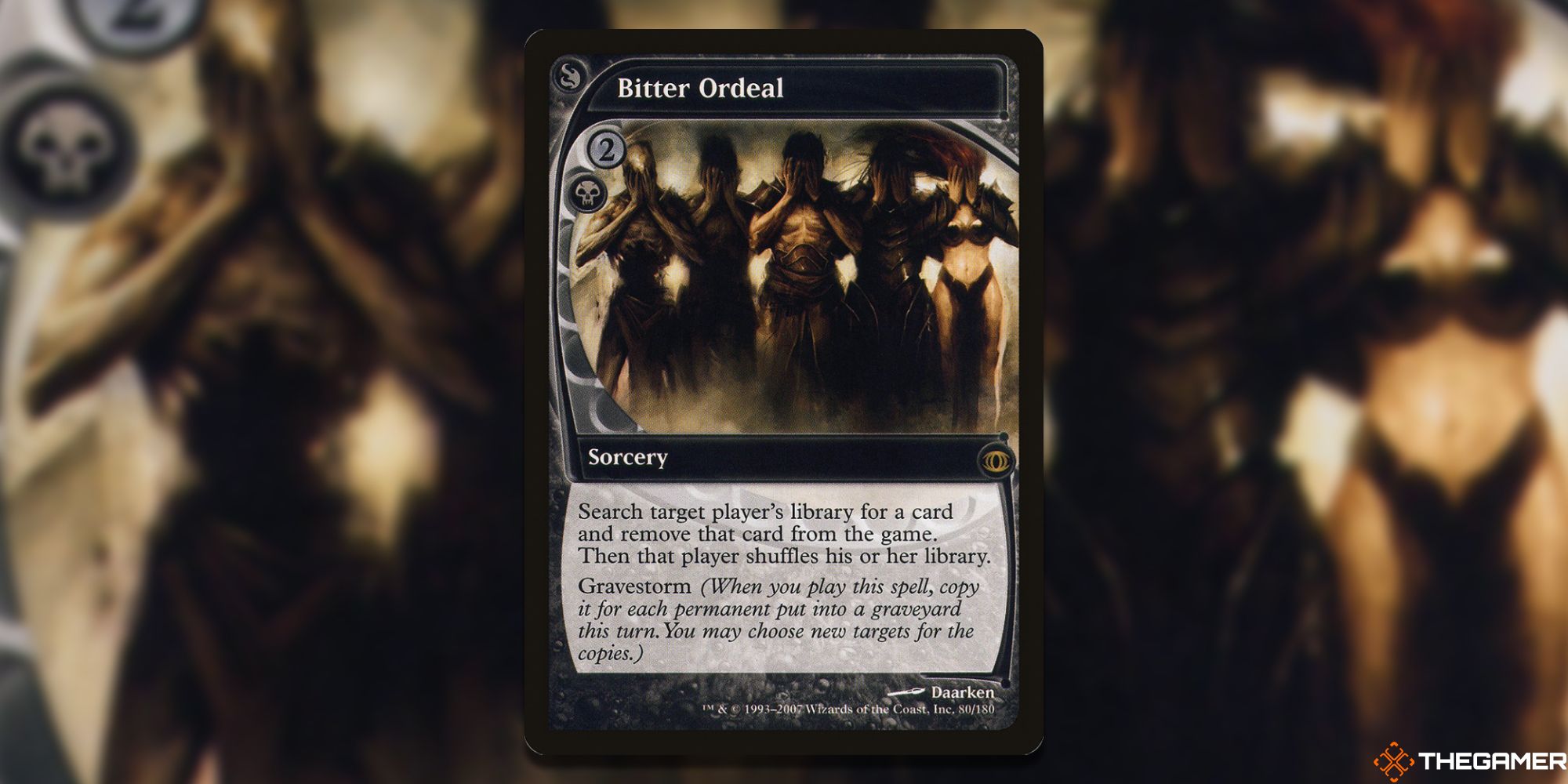 There is only one card in the history of Magic with gravestorm printed on it, and that’s Bitter Ordeal. Similar to the regular storm mechanic, gravestorm tracks the number of permanents that entered all graveyards this turn, and then you copy Bitter Ordeal for each. Gravestorm might not ever have more cards printed for it, though, since it follows many of the same problems that storm has.

Imagine sacrificing a dozen Treasure tokens to generate a bunch of mana, accelerating your gravestorm count to twelve, and then casting a spell with gravestorm, making an additional twelve copies of it. Perhaps it might be a little too good to be viable in Commander, but would be amazing if balanced in some way.