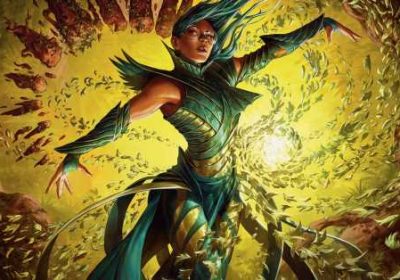 Magic: The Gathering publisher Wizards of the Coast will allow in-store play in the United States starting May 28, noting that “exactly when and how will vary store by store per local guidelines.” Events like Friday Night Magic, Tuesday drafting, and card set prerelease events have taken place largely online since March 2020. The announcement was made Thursday in a news release.

Friendly local game stores form the core of the Magic community around the U.S. and, just like many other small businesses, were forced to suspend operations in early 2020. In March of that year Wizards transitioned some events online, making use of the Magic: The Gathering Arena online platform instead. Retailers were still involved, but their ability to benefit financially was limited. Later in the year additional options evolved, including platforms like SpellTable, to allow for remote play with physical cards.

Hasbro CEO says NFTs are being considered for Magic: The Gathering, other franchises

Meanwhile, sales of Magic cards continued more or less unabated. Last month parent company Hasbro reported record earnings for the game, and noted that the Kaldheim set was the biggest-selling winter set of all time.

The announcement comes on the eve of the release of the highly-anticipated Modern Horizons 2 set, which has a street date of June 18.

Collector Boosters will include at least three, and potentially more, cards from the Mystical Archives — a set of cards drawn from throughout the history of Magic: The Gathering.