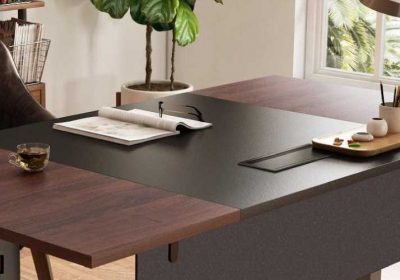 I’ve had my Maidesite SC2 Pro standing desk for a week now, and I’m enjoying all of the new uses I’m getting out of it. I should point out the caveat that I’m not an expert in this field and this is the first standing desk I have ever owned. However, I have looked around at other desks for their strengths and weaknesses, so this is not just a long and dull personal essay about my first adventure with a standing desk. As it stands (heh) I think the Maidesite SC2 Pro makes the ideal standing desk, although it’s not without its issues.

Let’s start with a little story. I returned home one day to find the standing desk waiting for me outside my door. I live in a nice cul-de-sac and parcels left by the door are not a rarity, and I wouldn’t usually include the delivery within the review itself, but here it is important. I quickly realised that nobody could have stolen it even if they wanted to. With the package outside my house, my wife and I tried to move it inside the door. We could not lift it up the meagre lip from porch to doorstep, and could only move the package at all with maximum force for minimum results. We had to open the package on the doorstep and take in each component individually in order to get it into the house. Long story short, the package is extremely heavy and I’m not even sure how the delivery company got it so close to my door in the first place.

After the delivery came the assembly, which was relatively straightforward, but not without issue. Another caveat, the desk suggested two people assemble it, and I did it alone – mostly out of academic curiosity for this review. Assembly with one person is a simple process, with flipping the desk over at the end the only part I struggled with. However, I took double the suggested 20 minute build time, but other than splitting the workload (you do one leg, partner does the other), I’m not sure a second person would have helped. With only one allen key provided, you’ll need your own of the same size to double up anyway. 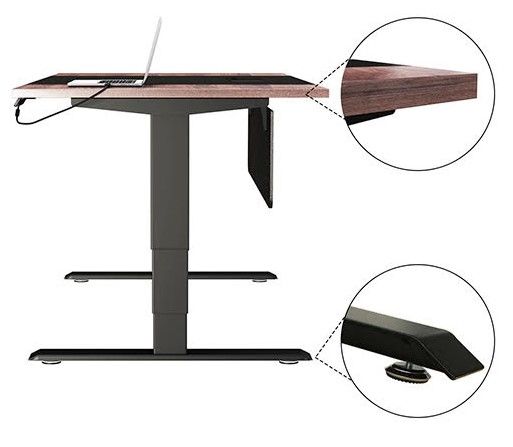 Building the desk is extremely clunky. The legs are huge, weighty things, and they need to go on first, so you’re working with a heavy frame and a very large flat desk. I’ve recently moved house, and in that time have built two wardrobes, a chest of drawers, a bookshelf, a dining table, six dining chairs, four garden chairs, a garden sofa, a hanging chair, a hanging chair, a TV unit, and two beds. The desk was one of the most difficult of the lot, just because of how heavy parts of it were and how specific the screw threads were. You often need to turn things in where metal barriers block a full turn, making tightening a struggle. Easier than a bed though, I’ll admit that.

As for the desk itself, the performance can be divided into a few parts. The side panels make for an incredibly spacious desk, which offers a lot of opportunities to organise. I have taken to laying a wall calendar flat on the left panel, letting me easily see and write on it while still having space on the right for books, pens, knick knacks, and a drinks coaster. The middle panel fits my fairly chunky gaming laptop plus ring light, phone, mouse et cetera. The space is a massive selling point of the Maidesite SC2 Pro compared to others, and as long as you can fit it, I highly recommend it.

Obviously your mileage may vary based on how big your office is, but it doesn’t feel like it eats up space either. Possibly because it’s fairly thin and doesn’t stick out any more than a regular desk, the extra width feels like a bonus without a drawback. Considering my earlier tale of being unable to even lift the package inside my doorway, the desk is light enough once assembled. I couldn’t lift it – indeed, having built it on the floor, flipping it over was a bit of a struggle – but I can move it. Because I like it pushed up to the wall, an overhanging windowsill makes it difficult to go from sitting to standing. Sliding it out a foot or so is a simple task, even having been previously defeated by the desk’s mighty weight. 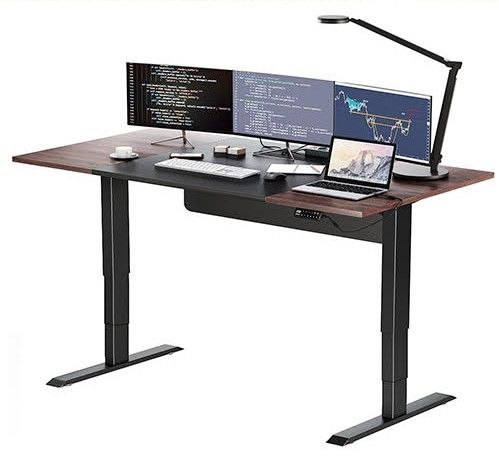 This act of raising and lowering the desk is the one place where I have complaints about Maidesite SC2 Pro’s performance. The pad for changing the desk’s height is a fingerprint magnet, and even after a week looks as if it has seen far more use than it actually has. It’s also far too sensitive, not so much to button pushes as it is to its surroundings. I have some shelves way above the desk and a printer below, and even when they’re in no danger of being hit, the desk will stop and reverse a few inches. Pushing it again will override the reverse, but it’s a little strange. Then there’s the fact it occasionally doesn’t work at all; I learned that I needed to move my desk away from the windowsill when it unceremoniously crashed into it.

The Maidesite SC2 Pro fills all my needs as a standing desk, providing a lot of extra space and easy adjustments, even with a few frustrations, it makes for a great choice. In general, I’ve already found a standing desk has made a little bit of a change to how I work and focus, so if you’re worried about how it works, the adjustability and space of the Maidesite SC2 Pro makes it a great first choice.