Home » News » Mark Zuckerberg: Facebook Will Be 'A Metaverse Company' 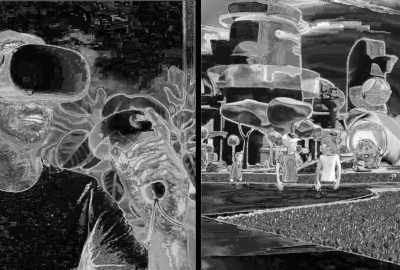 If you’re not familiar with the term, “metaverse” simply means a massively social digital alternate universe. The term was coined by Neal Stephenson in his 1992 novel Snow Crash, which also popularized “avatar”.

Some consider individual platforms like VRChat metaverses, whereas others think the term should only be used singular to describe an open protocol-based system like the internet.

Facebook’s near term social platform, Horizon, is still in a small scale closed beta despite being marketed alongside Quest 2, which shipped back in October.

You should go read or listen to the full interview. But if you don’t have time, here are some key quotes:

What Even Is The Metaverse?

“You can think about it as the successor to the mobile internet. And it’s certainly not something that any one company is going to build, but I think a big part of our next chapter is going to hopefully be contributing to building that, in partnership with a lot of other companies and creators and developers.

But you can think about the metaverse as an embodied internet, where instead of just viewing content — you are in it. And you feel present with other people as if you were in other places, having different experiences that you couldn’t necessarily do on a 2D app or webpage.“

“I think a lot of people, when they think about the metaverse, they think about just virtual reality — which I think is going to be an important part of that. And that’s clearly a part that we’re very invested in, because it’s the technology that delivers the clearest form of presence.

But the metaverse isn’t just virtual reality. It’s going to be accessible across all of our different computing platforms; VR and AR, but also PC, and also mobile devices and game consoles.“

“I think all of these different initiatives that we have at Facebook today will basically ladder up together to contribute to helping to build this metaverse vision.

And my hope, if we do this well, I think over the next five years or so, in this next chapter of our company, I think we will effectively transition from people seeing us as primarily being a social media company to being a metaverse company.”

“We have these phones. They’re relatively small. A lot of the time that we’re spending, we’re basically mediating our lives and our communication through these small, glowing rectangles. I think that that’s not really how people are made to interact.

A lot of the meetings that we have today, you’re looking at a grid of faces on a screen. That’s not how we process things either. We’re used to being in a room with people and having a sense of space where if you’re sitting to my right, then that means I’m also sitting to your left, so we have some shared sense of space in common. When you speak, it’s coming from my right. It’s not just all coming from the same place in front of me.“

All-Day VR Headsets “By The End Of This Decade”

“There’s clearly an evolution, or multiple, in the technology that are going to need to be possible, that will need to happen before this is the main way that people work. But I think we’re going to be there by the end of this decade.

Today, the VR headsets, they’re still kind of a bit clunky, they may be a bit heavier than you would ideally like them to be. There need to be advances in being able to express yourself and having higher resolution, being able to read text better, a number of things like that. But we’re getting there, and each version is better and better.“

The Challenge of AR Glasses

“So you’re basically cramming all of these materials to build what we would’ve thought of as a supercomputer 10 years ago into the frame of glasses that are about five millimeters thick — you have computer chips, and networking chips, and holographic wave guides, and things for sensing and mapping out the world, and batteries and speakers, all this stuff, and it just needs to fit into these glasses — so that is a real challenge.

And I actually would go so far as to say that I think that might be one of, if not the biggest technological challenge, that our industry will face in the next decade.“

“The other area that I think is going to be pretty exciting is basically doing meetings. And I already do a bunch of meetings in VR.

Even though the avatars aren’t as realistic today as they will be in a few years, in a lot of ways it already feels almost more real, and more like you have a sense of space, than a Zoom call, because you have the shared sense of space.“

Horizon Will Have Concerts, AAA Games, And An Economy

“But you’d get concerts in there. You have this whole set of creators who are building out different experiences, ranging from an individual creator to teams of dozens of people building AAA games, where you can have your avatar and you can go across these experiences.

You can teleport instantaneously. You can bring your outfits and your digital objects with you. So I think that there’s going to be a whole economy around this.“

Bypassing The Limitations Of Geography

“When I grew up, I played Little League baseball in my town, not because I am made to be a baseball player, but because that was one of the few activities that was available. There was, I think, one other kid in the town who was interested in computers — I was lucky that there was one other kid. And that was my world. If I wanted to call someone who I met when I was at camp or something and wanted to stay in touch with a friend, I would have to pay a lot more because long-distance calls cost more than talking to people nearby.

I think one of the things that is most magical about the present, and that I think is going to get even more so, is that flattening out distance creates a lot more opportunities for people. Not just in the sense that a version of me growing up today wouldn’t be stuck playing Little League, that I’d get to find people who are interested in the same things, so I could explore coding and have a much more vibrant community around that, or surfing, or whatever the thing is that you’re interested in. I think that that’s probably quite compelling and positive. I also think it is really important for economic opportunity.“

“I think a good vision for the metaverse is not one that a specific company builds, but it has to have the sense of interoperability and portability. You have your avatar and your digital goods, and you want to be able to teleport anywhere. You don’t want to just be stuck within one company’s stuff.

So I think part of this is, I think it’ll be good if companies build stuff that can work together and go across lines rather than just being locked into a specific platform. But I do think that, just like you have the W3C that helps set standards around a bunch of the important internet protocols and how people build the web, I think there will need to be some of that here, too, for defining how developers and creators can build experiences that allow someone to take their avatar and their digital goods and their friends, and be able to teleport seamlessly between all these different experiences.“

“I don’t think in the future, people are going to call the work that individual companies do a metaverse. Hopefully, if we’re successful collectively in building a system that’s more interoperable, and where you can teleport between things, it should all be the metaverse, each company should not have its own metaverse.

Hopefully in the future, asking if a company is building a metaverse will sound as ridiculous as asking a company how their internet is going.“