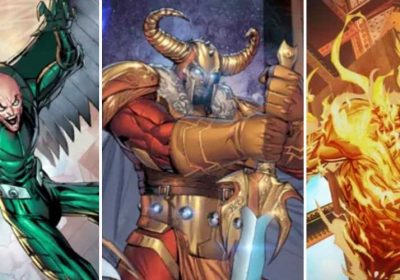 Marvel Snap, despite being a relatively new and fresh game, has already managed to foster a healthy and varied meta-game. There are tons of strategies, ranging from big power cards to multiplied one-time effects. While almost all are viable due to the nature of the game, few are as fun and unpredictable as the move strategy.

These cards try to utilize the multiple location format to their advantage by moving between them and gaining advantages as they do. There are a lot of cards that move, benefit from other cards moving, and/or allow cards to move. While a deck would utilize more than just these cards, any good move deck should at least consider including these as their primary power cards. 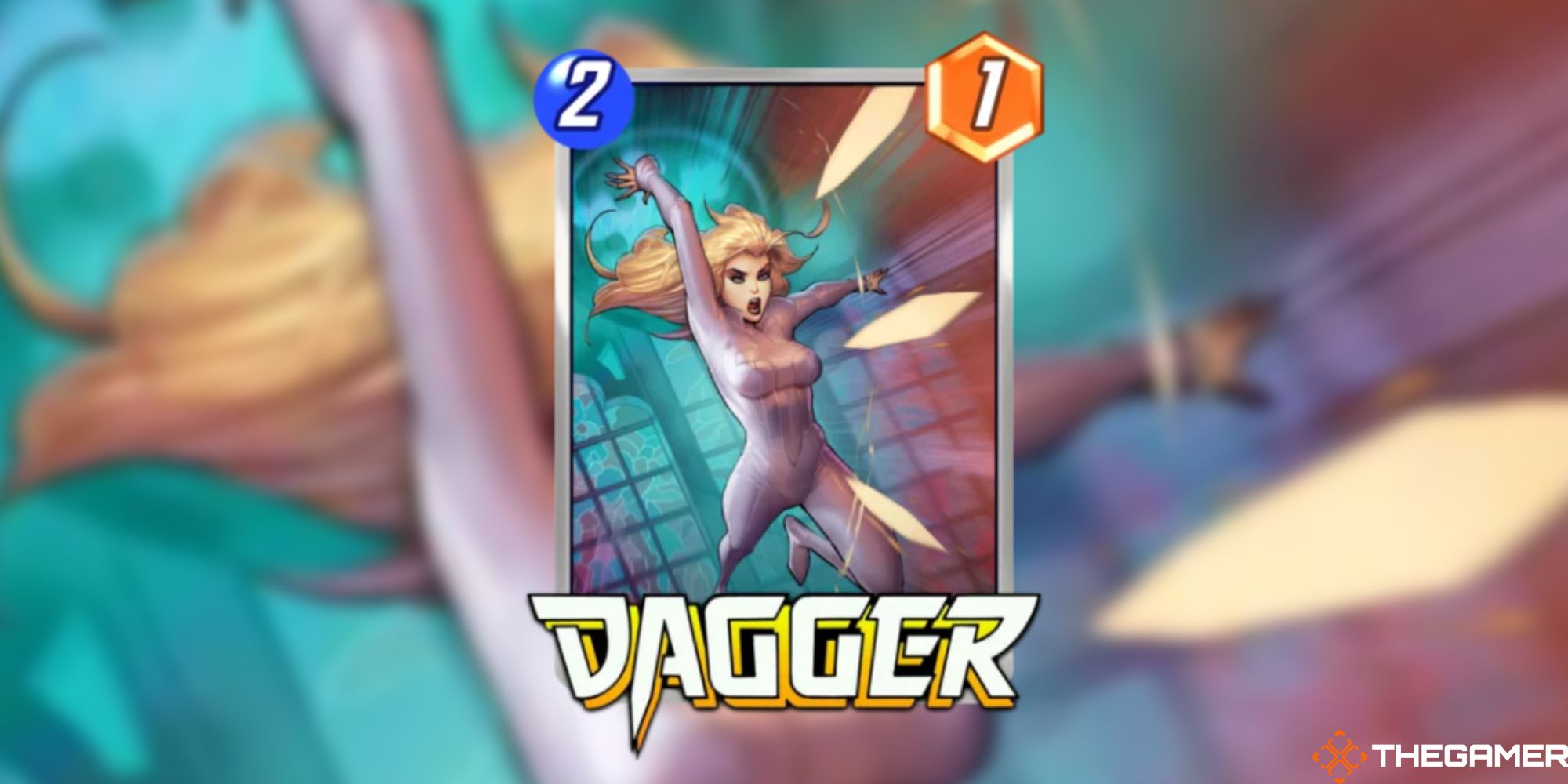 Dagger, while not a staple of the strategy as of now, has lots of potential and could be a great card with the right strategy around her. When Dagger moves, she gains +2 power for each card your opponent has at her new location.

While not as flashy or consistent as some other cards, her lowish cost and late-game power potential make her an excellent inclusion. A Heimdall on turn six could most likely give Dagger +8 for no cost at all, which is nothing to scoff at. 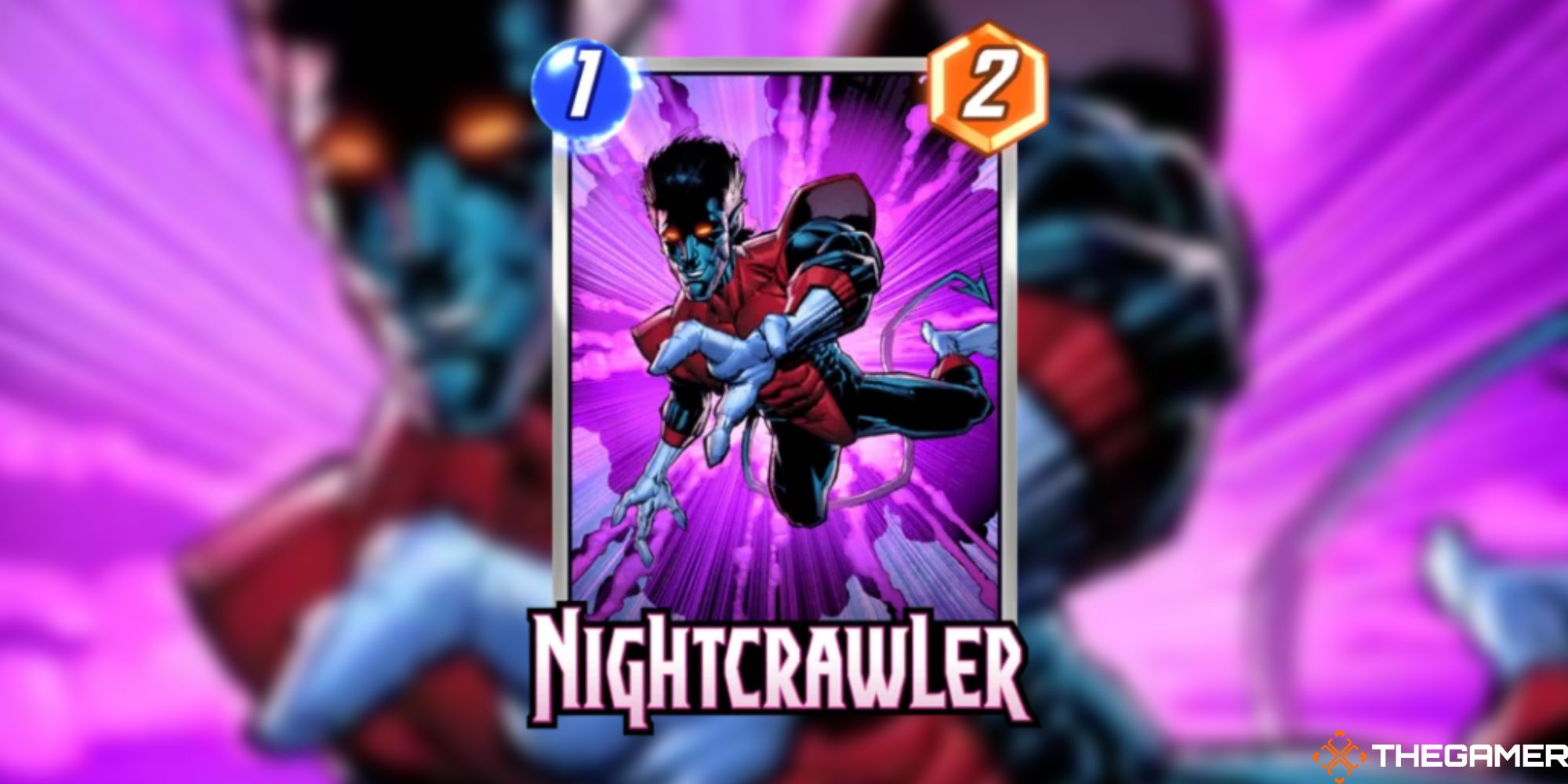 Nightcrawler is a simple card in its essence. It's a 1/2 that can move once. While not game-warping, that ability is actually pretty decent, even in a deck that's not dedicated to card-moving tactics. It simply allows you to manipulate power, avoid disadvantageous locations that are revealed later and focus on a better one without hassle.

However, when in a dedicated move deck, Nightcrawler truly shines. Thanks to cards like Kraven and Forge, Nightcrawler can become a late-game sway card easily. 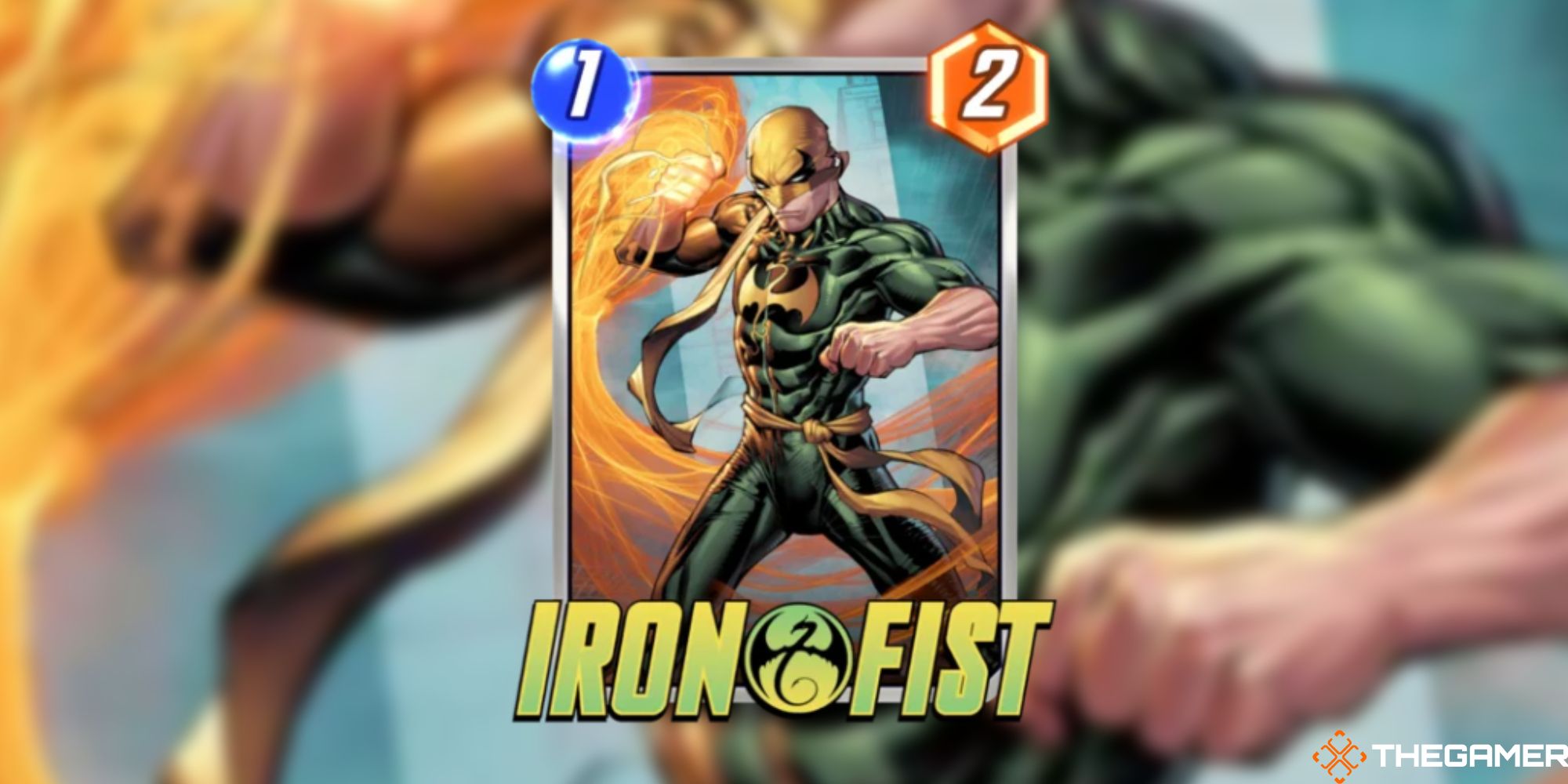 Iron Fist is quite potentially the glue that keeps this deck together alongside a few other cards. On Reveal, it moves the next card you play one location to the left after it's revealed. Obviously, that can be combined with cards that want to be moved to great effect.

Combined with Kraven and either Multiple Man or Vulture, Iron Fist's ability can get you as many as nine extra power by itself. That's all wrapped up in a 1/2 body, which makes it an amazing utility for such a strategy. 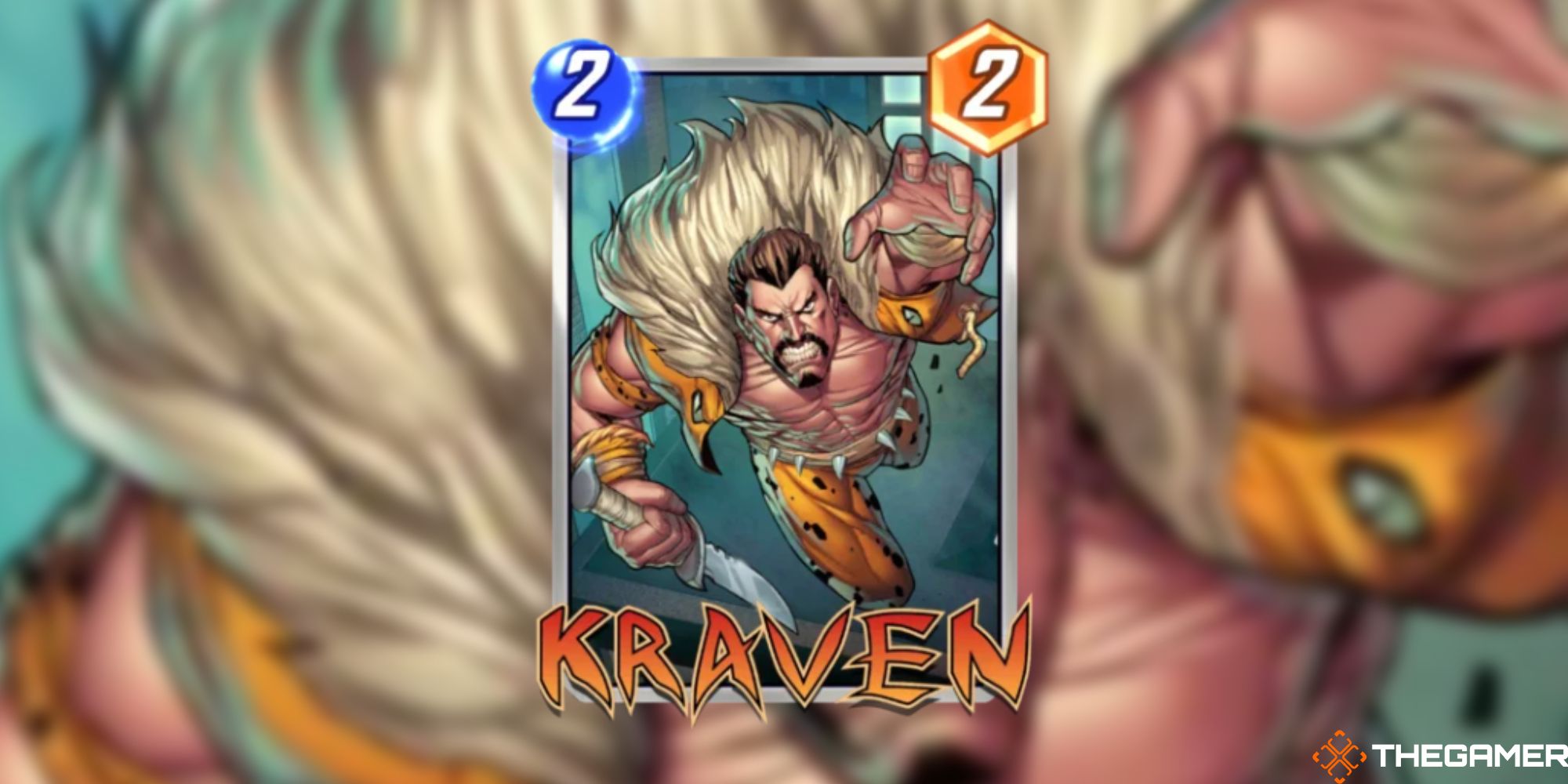 Kraven is the "beater" of the strategy. While there is no battling in Marvel Snap, unlike Yu-Gi-Oh and Pokemon, some cards usually end up being about power as opposed to utility or disruption. Kraven is one such card.

Kraven gets +2 power for each card that moves to his location. That's easily exploitable with other cards on this list, such as Doctor Strange, Iron Fist, and Heimdall. You could manipulate some movement with Cloak, too, buffing Kraven to incredible heights despite its low cost of two. 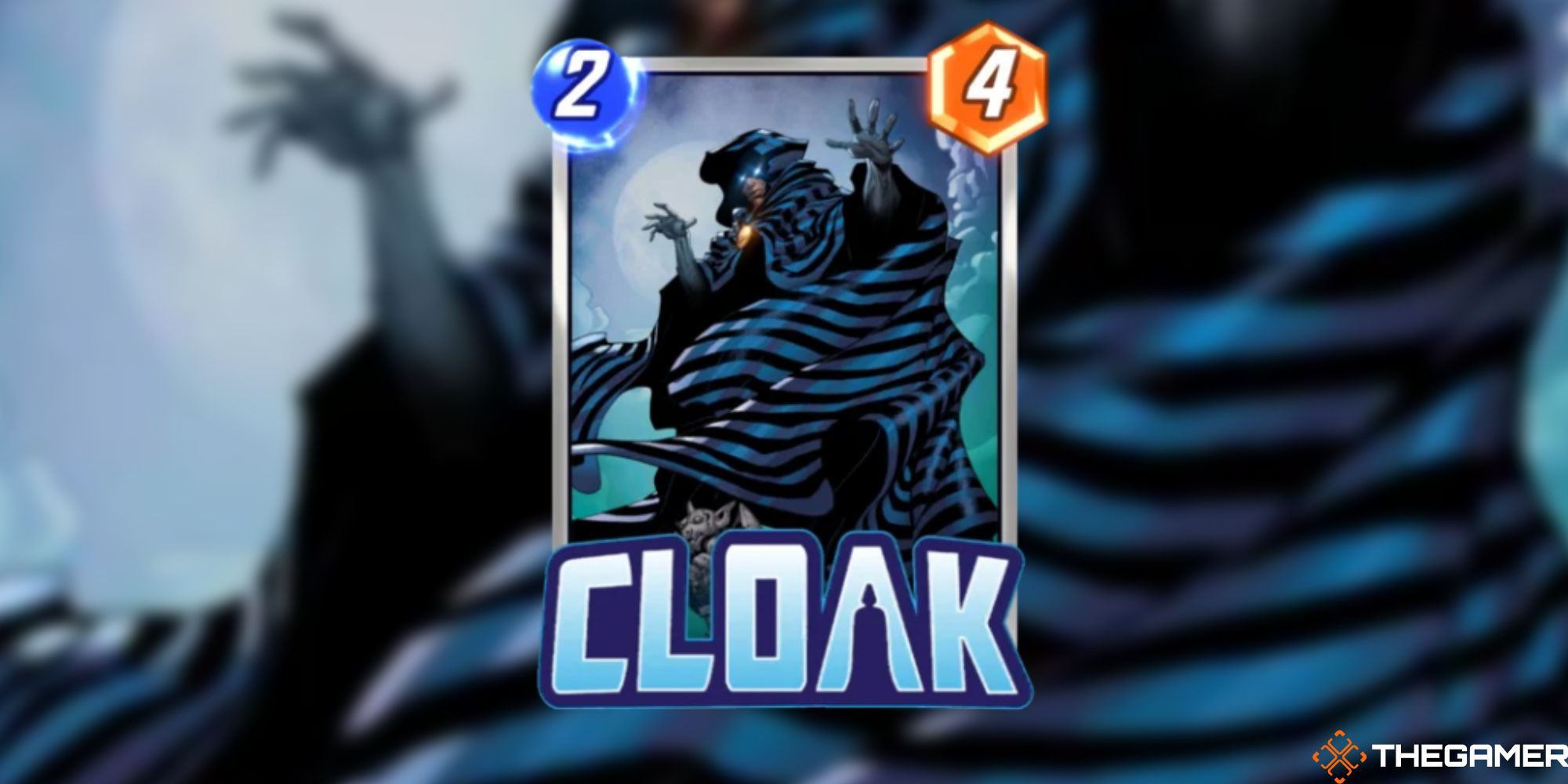 Cloak is a unique card. Its ability is a double-edged sword, potentially helping your opponent as well. On Reveal, Cloak allows cards to be moved to their location next turn by both players.

While that could allow your opponent to unclog some location they're losing, or bluff and keep a location you're abandoning, it's usually worth the risk. Barring a mirror match, your deck should benefit exponentially more from moving lots of cards as opposed to your opponent. Especially with cards that want to move, like Vulture and Human Torch, Cloak is an amazing power card. 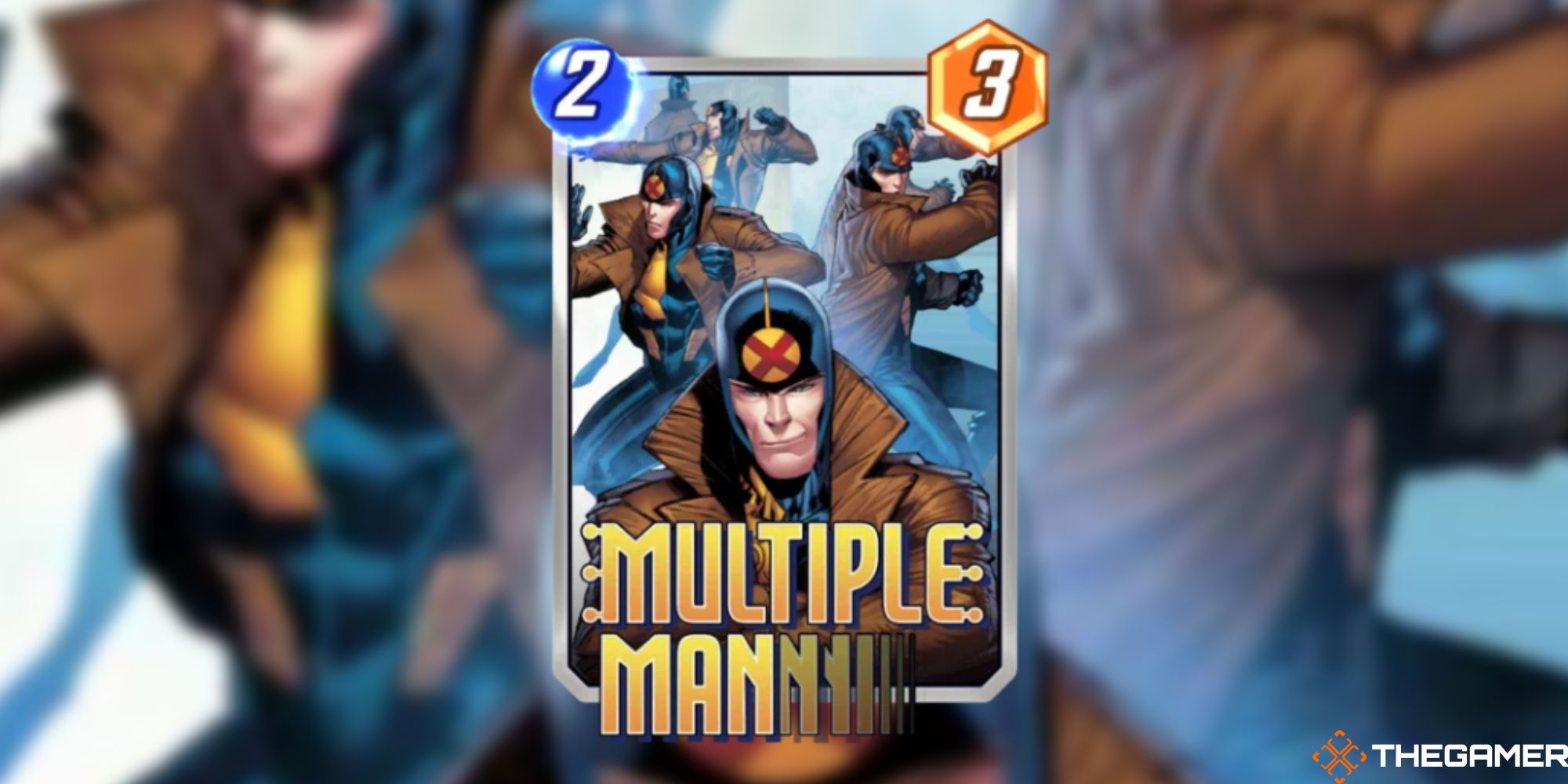 One of the weaker aspects of the moving strategy is the lack of swarming capability. When you focus on moving a couple of cards around the board, you sometimes end up with weak or empty locations, easily capturable by the opponent.

Luckily, Multiple Man is the perfect card to counteract that. He has the simple ability to add a copy of itself to the old location when he moves. This allows for better crowd control while also being a decent body sitting at 2/3. Multiple Man has been a staple of move decks, and that's for good reason. 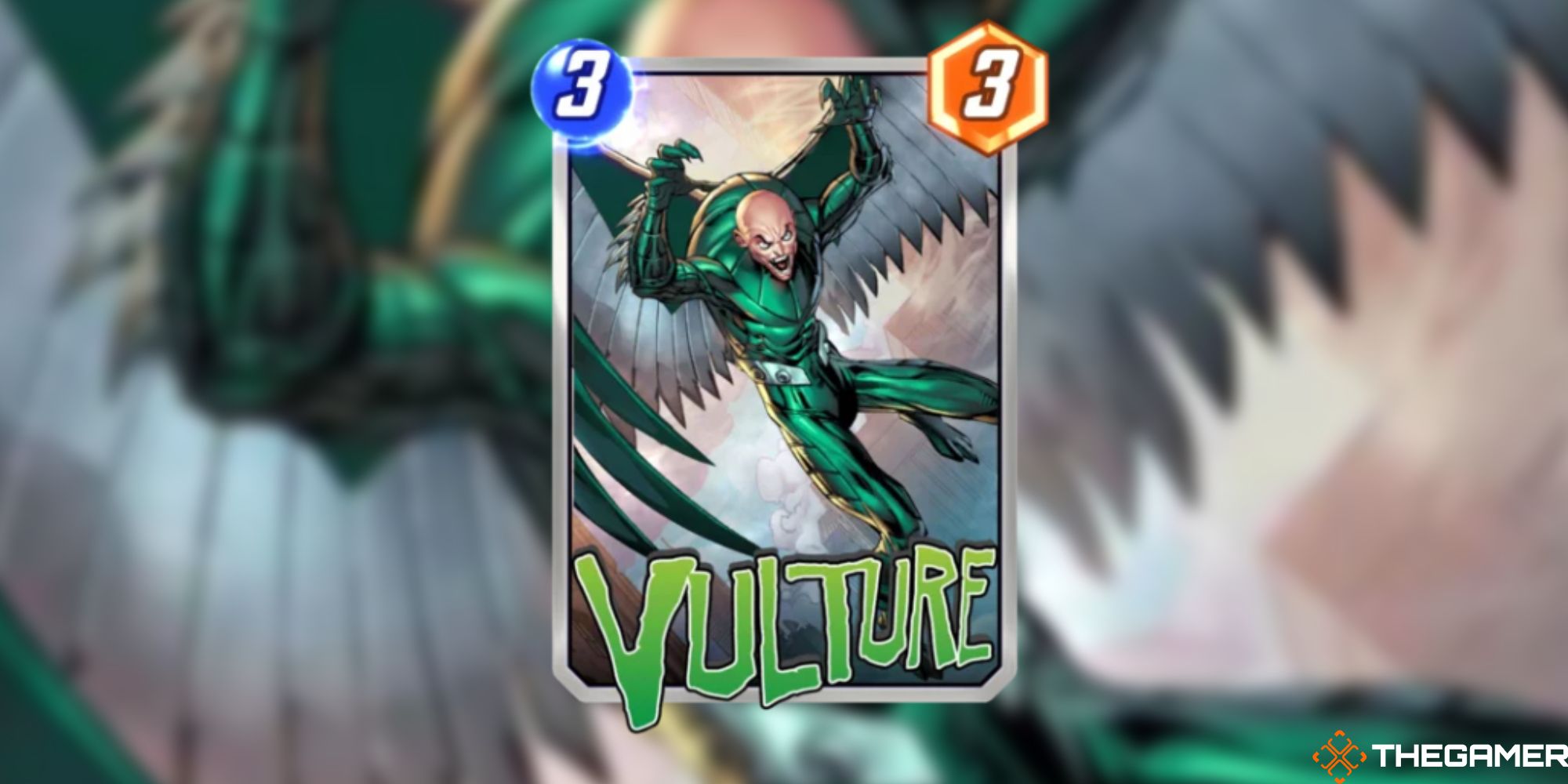 Vulture is another of those cards that could easily become a location winner when used right. It's a 3/3, which is not great, but it has one of the highest potential powers of all cards in the game. This old man should never be underestimated.

Vulture's ability is actually quite simple. When it moves, it gains +5 power. Despite the simplicity, that is extremely powerful. +5 is not a negligible buff by any means. Just after two moves, it makes the Vulture stronger than many 6-cost cards. When combined with the likes of Cloak, Doctor Strange, and Heimdall, Vulture becomes an excellent power card. 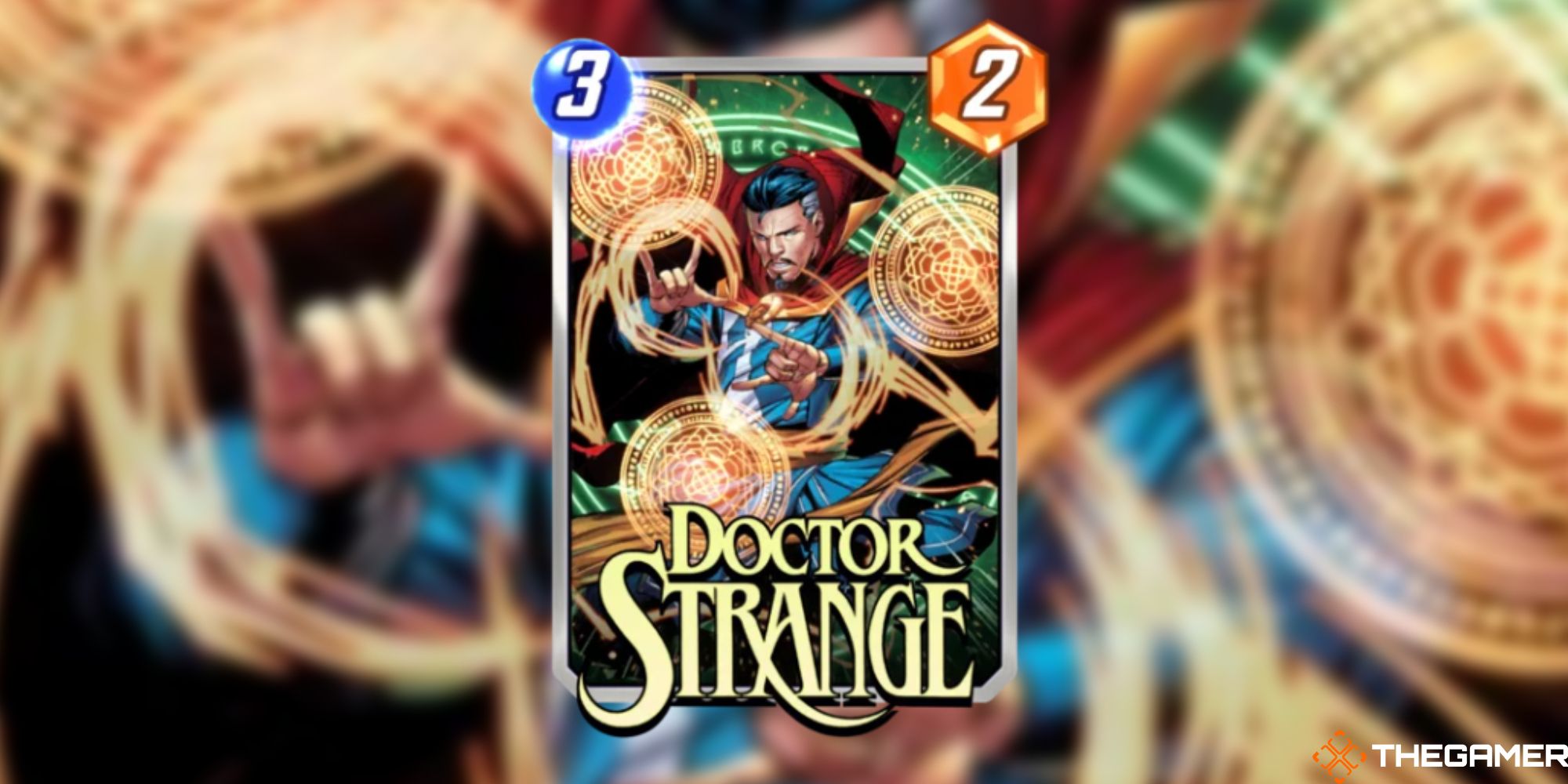 A good move deck ideally has a 50/50 ratio of cards that allow movement of other cards and cards that benefit from moving themselves. Doctor Strange is an excellent example of the former. On Reveal, Doctor Strange moves your highest power cards to his location.

Doctor Strange sees lots of play despite being a 3/2 himself, on the weaker side. The ability, when used correctly, can be game-winning, though. While moving a single card is not amazing, it can provide that one additional move to win the game on the last few turns. It can also move more than one card if you manage to do the math correctly and have several cards tied for the highest power. 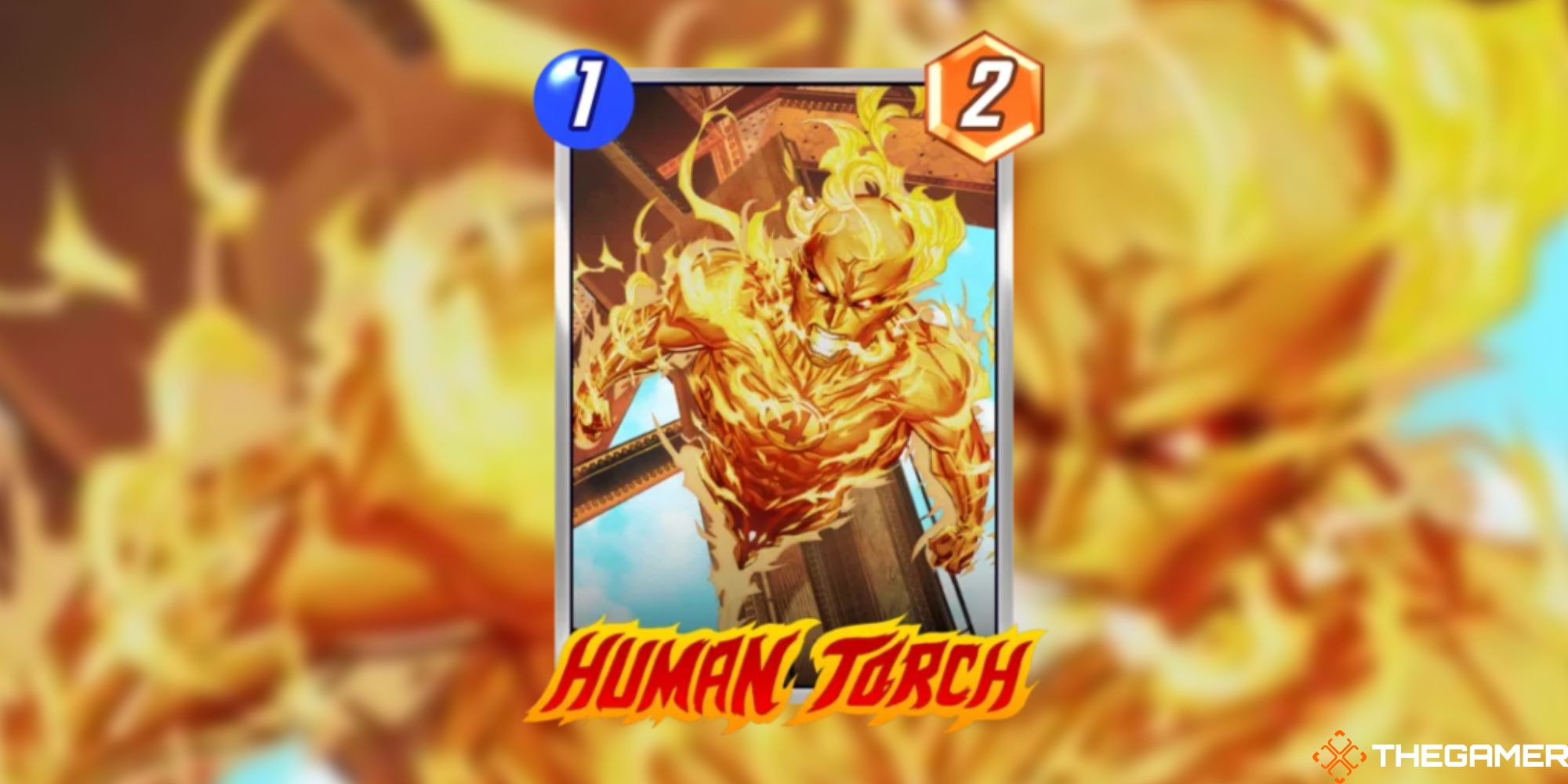 Human Torch is potentially the easiest card to get to incredible levels of power, despite only being a 1-cost card. This pool three card is, again, pretty simple, doubling its power when it moves. For the mathematicians out there, it should be obvious how powerful that is.

If you manage to play Human Torch with a buff using a card like Forge, it can become an amazing powerhouse real quick. Just after a few moves, it will outshine some of the strongest cards in the game. When you take into account Human Torch's low cost and the ways you can bounce it around, it becomes obvious why it's the crown jewel of many move decks. 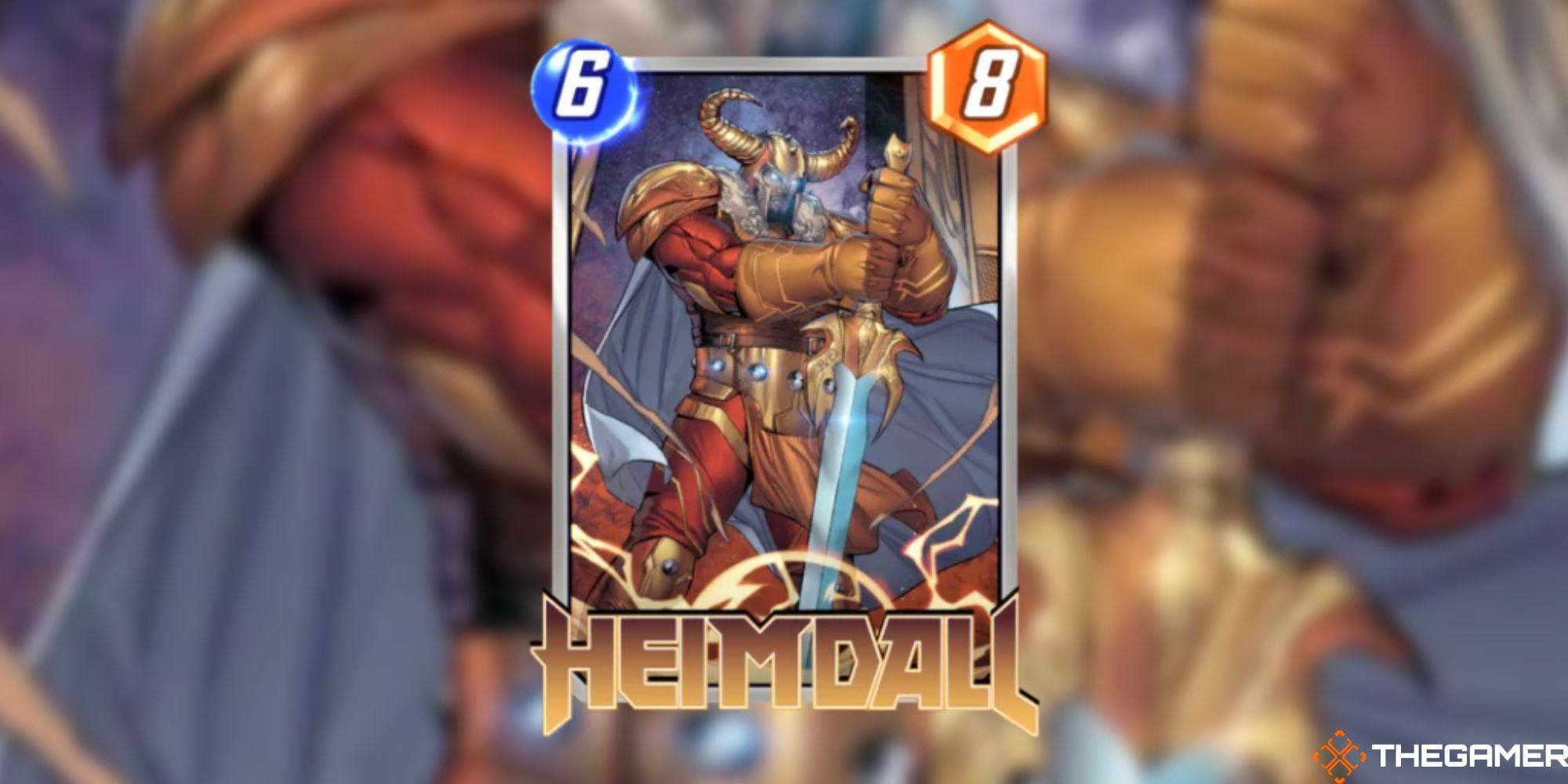 Heimdall, a pool one card, is what you might've seen as the first card that allows you to form a strategy. This 6/8 boss card moves your other cards one location to the left On Reveal. Moving your whole board is incredibly potent, of course, triggering many of your other cards all at once.

Many cards that move only one other card have been discussed already, and Heimdall takes that to the extreme. Igniting amazing effects like Human Torch, Vulture, and Kraven. Heimdall is the 6-cost card to include in your move strategy without question.