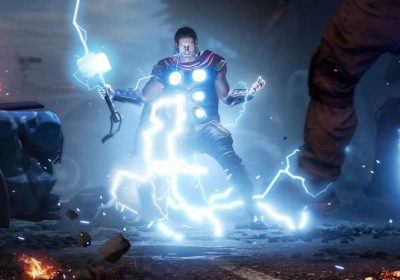 Marvel's Avengers is not only still a thing, but it continues to get new content. The word new is doing some significantly heavy lifting in this particular instance as one of the most recent skins added to the game is nothing more than one that has already been in the game for a while with the helmet removed.

Pointed out by GamesRadar, the new skin, which Square Enix and Crystal Dynamics have labeled Unhelmed, is a variant of a pre-existing Thor skin. A skin modeled after Thor's OG look in the MCU which sells for 1,400 credits, or roughly $14. The Unhelmed variant of that skin is just the same outfit without the helmet. Not “oh, they look sort of similar”, it is quite literally the same skin sans helmet.

Adding the variant and making it free to people who already own the regular MCU Thor skin would have been forgivable but no, that's not what's happening here. Even if you already paid for the original skin, you will have to pay an additional 1,400 credits if you want to own the exact same look but be able to see all of Thor's head and face. For those who own neither, you can currently buy a reduced-price bundle that includes both for 1,900 credits.

There has been some backlash to this. Somewhat surprising as that has confirmed there are still enough people playing Marvel's Avengers for there to be any backlash. Players have pointed to Midnight Suns, highlighting that the game doesn't charge you anything, let alone $14, to what really boils down to nothing more than having the ability to remove an item.

This year will mark the third anniversary of Marvel's Avengers, a milestone few thought it would hit. There's a very real chance it doesn't with no new characters announced and rumors the game will be shut down this year. Fingers crossed the battle pass mechanics revealed for Suicide Squad: Kill The Justice League aren't an indicator DC will be replacing it with a problematic live service game of its own.