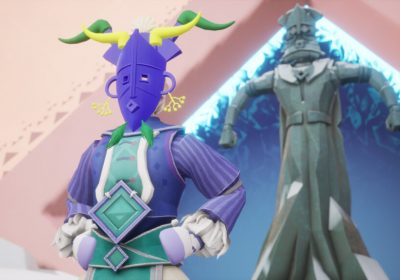 French virtual reality (VR) developer InnerspaceVR only launched its latest title Maskmaker in conjunction with MWMi a couple of weeks ago but work is already underway on its next project. This was confirmed today with Vertigo Games announcing that it would be publishing the as yet unannounced VR title.

The Arizona Sunshine developer previously worked with InnerspaceVR on its puzzle experience A Fisherman’s Tale as well as The Corsair’s Curse, a cooperative puzzle adventure for location-based entertainment (LBE) venues. “After a successful partnership on A Fisherman’s Tale, we’re delighted to add Innerspace’s next VR title to our publishing line-up. It’s a magnificent game that we are confident will once again hook VR players in the signature mind-boggling way only Innerspace VR games can,” said Richard Stitselaar, Managing Director at Vertigo Games in a statement.

Considering InnerspaceVR’s penchant for unusual puzzle titles interwoven with deep narrative, whatever the studio has planned will likely go bigger and bolder than before. Maskmaker is a testament to the team’s skill in crafting engrossing VR experiences, where you can carve and decorate magical masks to explore worlds and take control of inhabitants whilst uncovering the mystery of the mask maker.

“We’re really happy to strengthen our partnership with Vertigo Games once more and we can’t wait to work together on engaging lots of players from all around the globe with great VR,” adds Balthazar Auxietre, Creative Director and Co-founder of InnerspaceVR. “As working with them on our first game was a tremendous step forward for us as a studio, we’re confident that this new project will be another important milestone for us. We believe that this one reaffirms our passion for the VR medium and its ability to amaze us.”

No details have been released at this stage about how early in development this new project is or when the studios might release further information. When they do VRFocus will let you know.