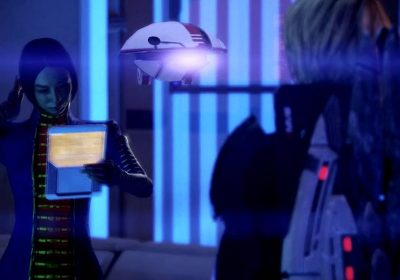 As has become common over the last console generation for pretty much every single-player title, Mass Effect Legendary Edition will come packed with a brand new photo mode. Now, we can all compile our own album of sexy Garrus pictures to take with us around the galaxy.

The extra feature was confirmed by Legendary Edition project director Mac Walters on Twitter after a fan asked where it was. This past week, a video was released that went over a chunk of the visual changes that longtime fans can expect in this next-gen port. I didn’t realize that a photo mode option was one of the more requested features, but you won’t need to worry about that. BioWare has got you covered.

We don’t know how extensive this photo mode will be or what kind of optical tricks we’ll be able to pull with it, but it will work across all three games in the collection. I’m sure there will be some limitations on the feature, but technical director Brenon Holmes confirmed that the feature will be accessible at any point where you can pause the game. That’s sure to give us ample opportunity to show off Garrus’ good side…which is all of them.

I’ve never been one for photo modes in games, but it’s nice to see the mode make its way into fan-favorite titles. It can be quite relaxing to assemble characters into your perfect picture and with developers giving fans a way to look at how visuals are structured within 3D environments, it can also be an incredibly useful tool for aspiring game designers.