May 2021’s PlayStation Plus Titles Include Battlefield 5 And Wreckfest 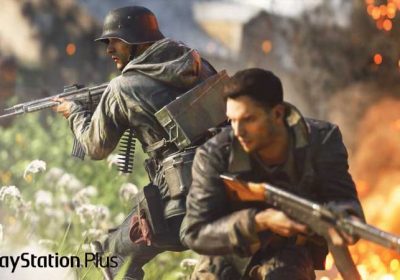 Sony has announced the selection of free games for PlayStation Plus subscribers in May 2021 and it’s a generally decent grab of games. The soon-to-be-released next-generation version of Wreckfest will be debuting on the service for PS5 owners while PS4 players will receive Battlefield 5 and Stranded Deep.  I don’t know too much about the latter, but the former was largely forgotten shortly after release thanks to the delay of its battle royale mode.

As for when you’ll be able to grab these, all three will become available on May 4, 2021. In all honesty, Stranded Deep really seems to be the highlight this month. No offense to Wreckfest (which looks pretty cool), but you don’t often see survival games being given out for free. I bet a lot of players are going to find a new genre to call their favorite.

After the weirdly disappointing announcement from Microsoft on its Games with Gold lineup for May, Sony’s feels pretty refreshing. This is the exact kind of mixture of games that I’d like to see from PlayStation Plus: a big triple-A title, a next-generation release, and an off-kilter indie favorite. Maybe that triple-A game could be a lot better, but I don’t think anyone is going to complain about getting Battlefield 5 for free.

It will be interesting to see what comes next for the PS5 title. What I’d really like to see is more cross-generation games handed out, that way PS4 owners aren’t missing out on a game simply for not finding a PS5 in the wild.