Home » News » Metal: Hellsinger – How To Defeat The Red Judge Aspect In Acheron

Metal: Hellsinger – How To Defeat The Red Judge Aspect In Acheron 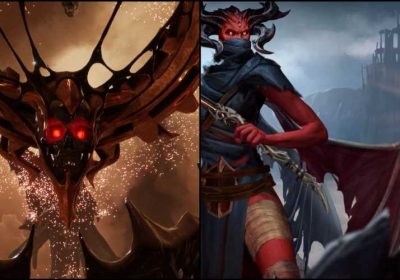 The Red Judge Aspect In Acheron is the last boss of its kind that you’ll face in Metal: Hellsinger. It’s one of the bigger ones, and it will throw you with everything thanks to its different projectiles.

Due to story events, you won’t have Paz on your arsenal for the whole hell. Keeping your Fury gauge up can be a bit more complicated than in other levels. However, this shouldn’t prevent you from achieving victory in any way. Let’s check what this boss does and some useful tips to beat it. 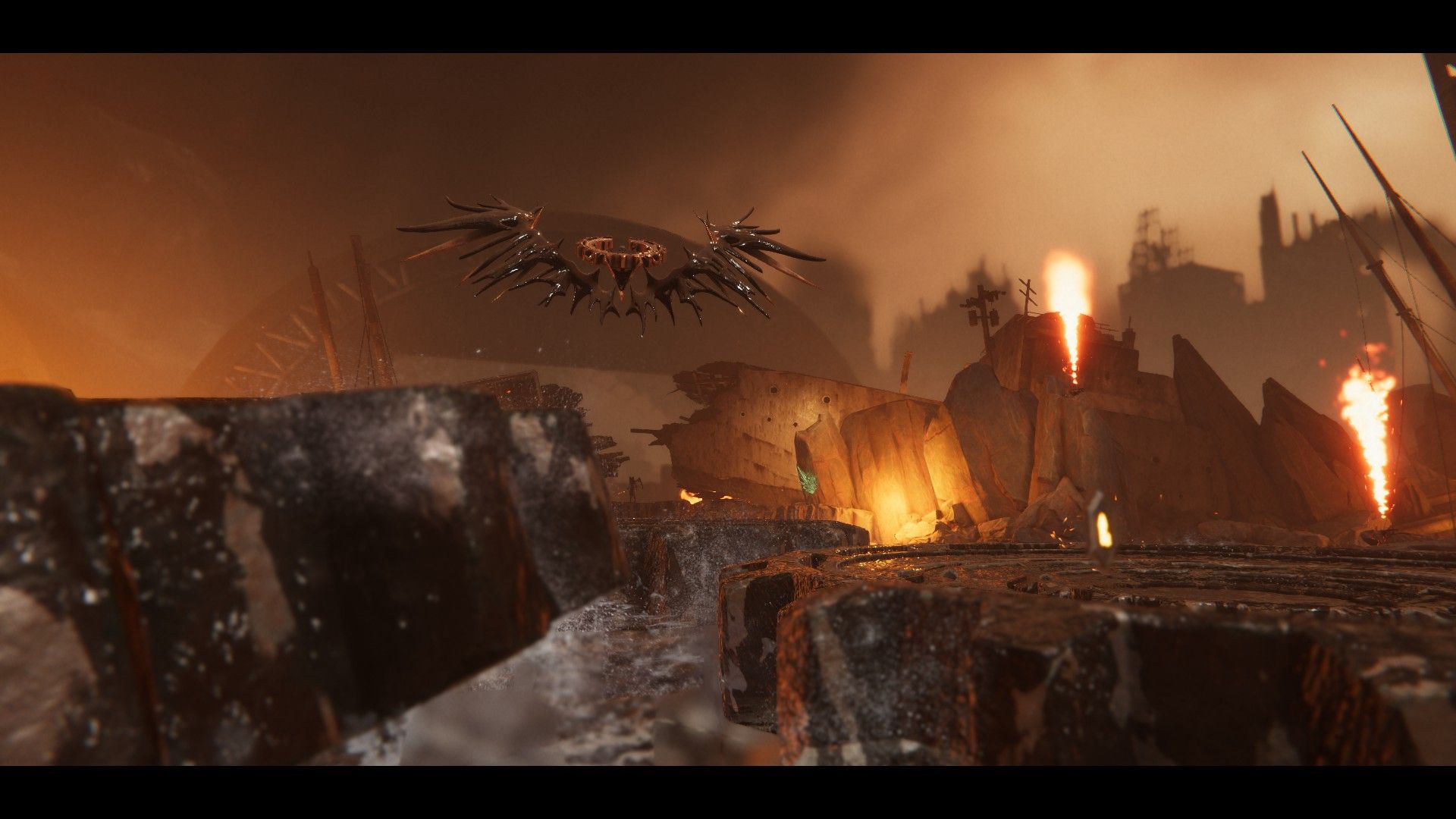 Acheron is the only hell in which you’ll play with a kind of handicap: your funny and resourceful talking skull Paz won’t be available during this level. Fortunately, this isn’t too bad for the boss battle itself due to the weapon’s low damage, although it will reduce your options for maintaining your Fury levels and leaving enemies ready for Slaughters.

The boss will be waiting for you in an arena made of big wheels over water and small chunks of land. You will have three green crystals behind you and five Fury boosts around. 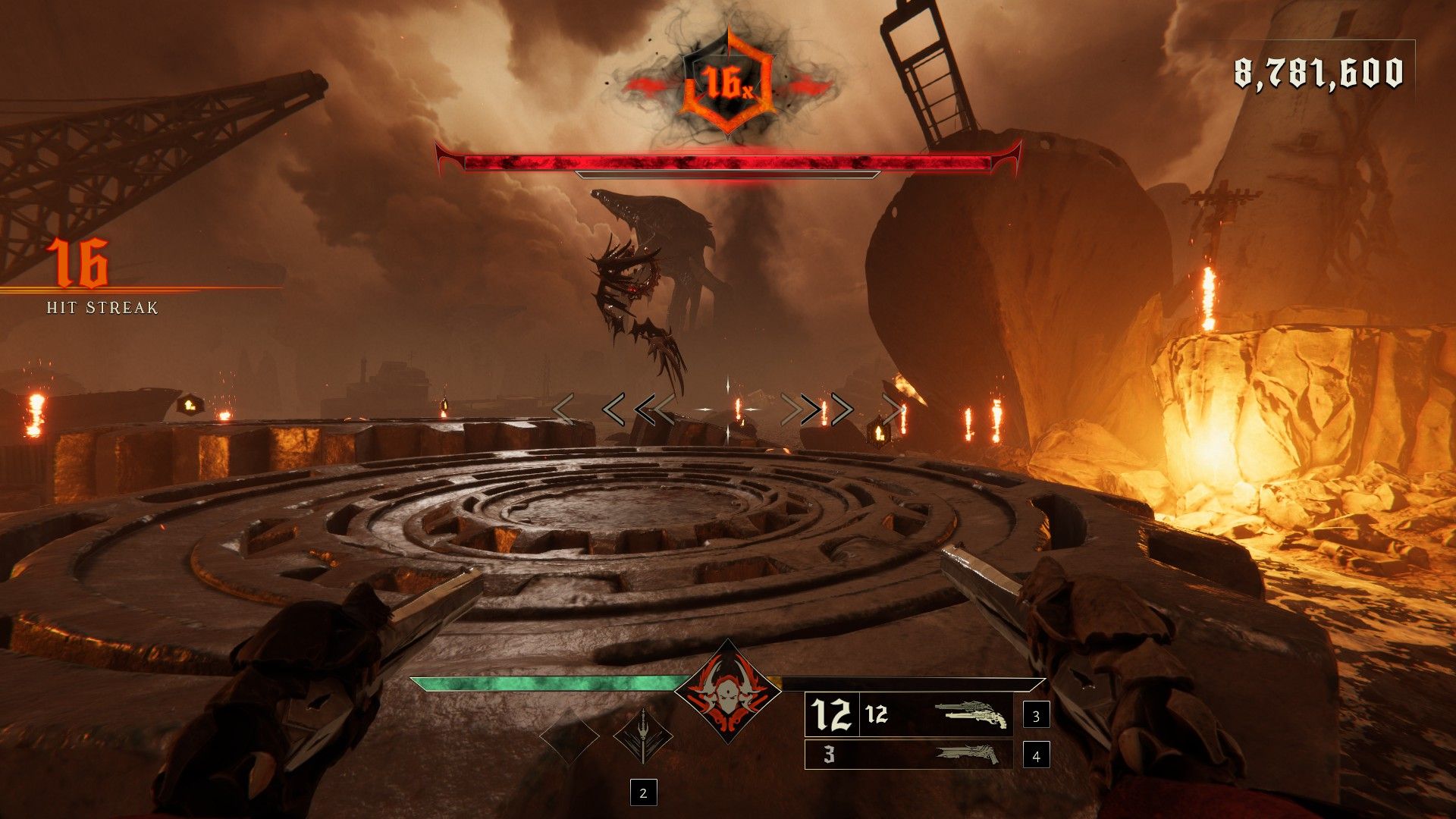 Your main enemy will often stay far away from you, requiring long-range weapons for better damage opportunities — or just you getting close, but it will be riskier for you. As for the boss’ attacks, it will be the usual use of projectiles (rows from its different sides, some lines at different heights), with an explosion AoE on the wheel in the center as the most problematic move.

This aspect’s attack before getting stunned is a mix of the projectiles that stick to the floor and detonate after a few seconds with multiple fireballs thrown in the shape of a circle. 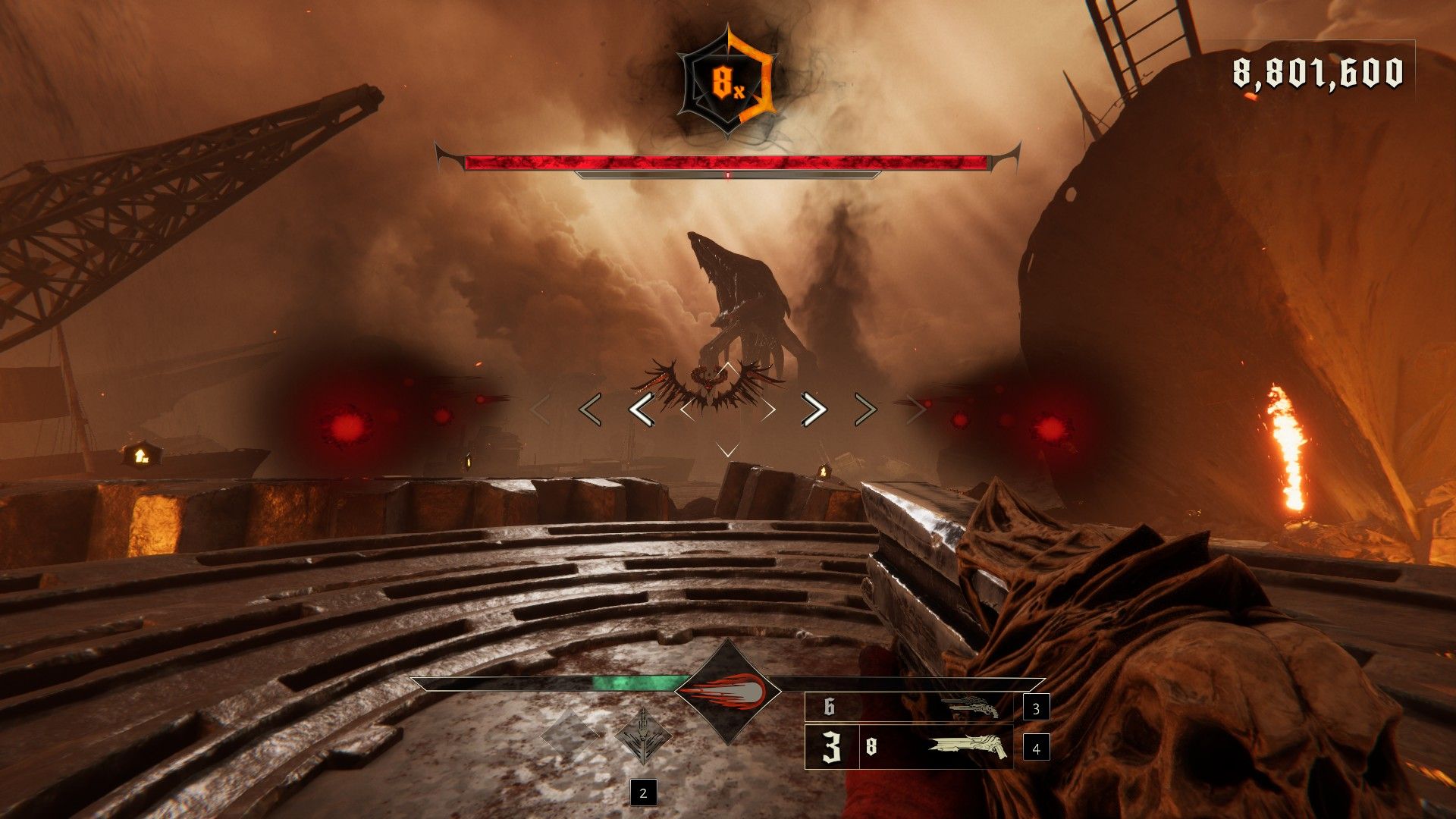 Of course, that’s not it. You’ll have to defeat its minions as they spawn at different moments. The trickiest ones will be the upgraded Behemoth, which creates explosions every time it jumps and also throws some super fast projectiles after charging its cannon for a bit, and the Seraph, which produces beams and explosions.

How To Defeat The Hell Boss In Acheron 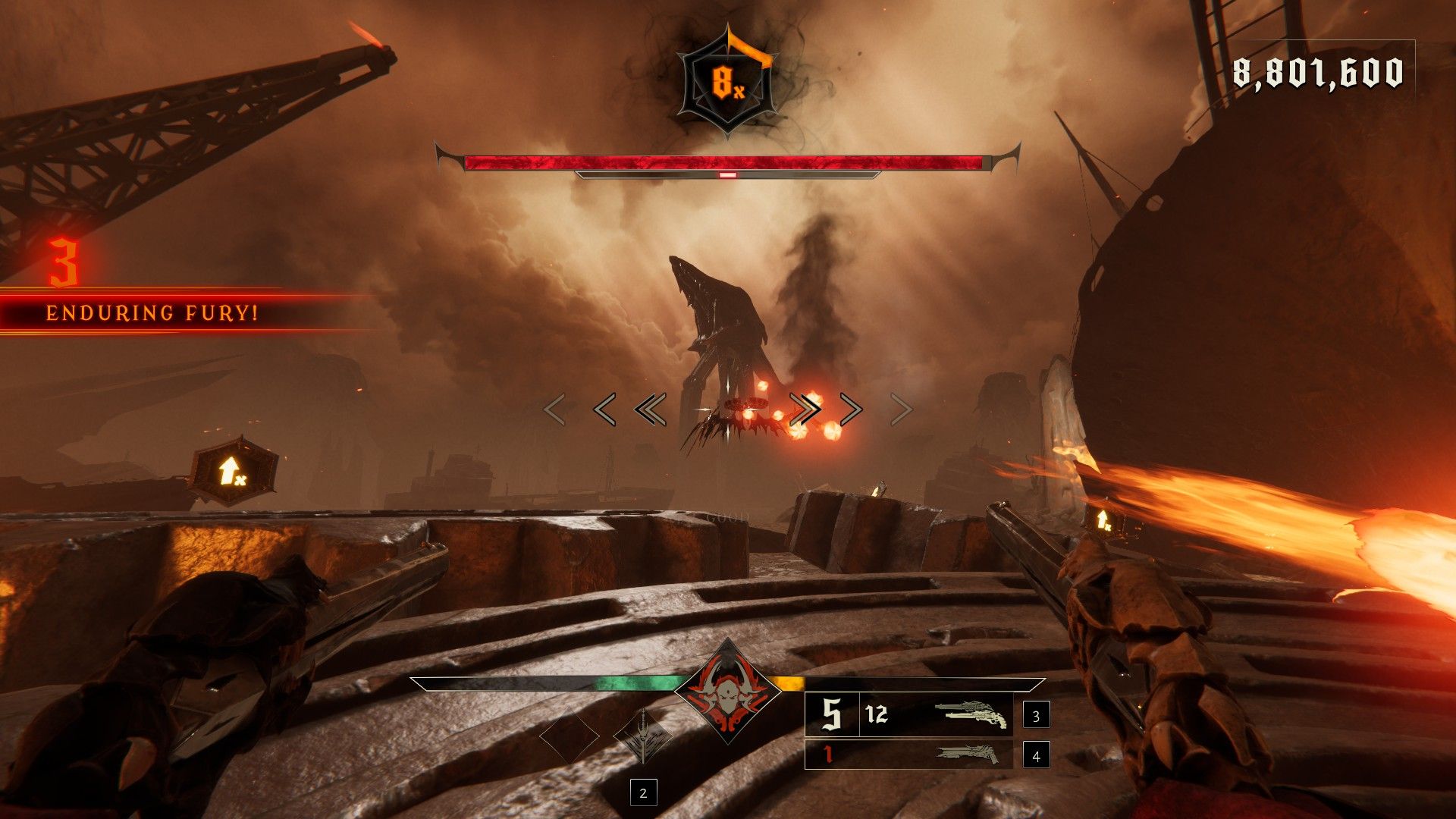 For this one, choosing Vulcan and The Hounds might be the most solid picks due to their range. You can pick Hellcrow and Persephone if you decide to go face to face, of course, but beware of the enemy’s AoE attack — it gives you a very small window for reaction.

Up to this point, you should be pretty familiarized with how to avoid an aspect’s way of throwing projectiles, but let’s do a quick recap for this one. First, the red balls coming from both the enemy’s sides should be triple dashed to one side for the most accuracy (you can also jump and dash forward when the projectiles are coming from a low height). The triangle of fireballs is easier, as it only needs a quick dash to one side.

To perform a triple dash, you have to dash three times on beat. 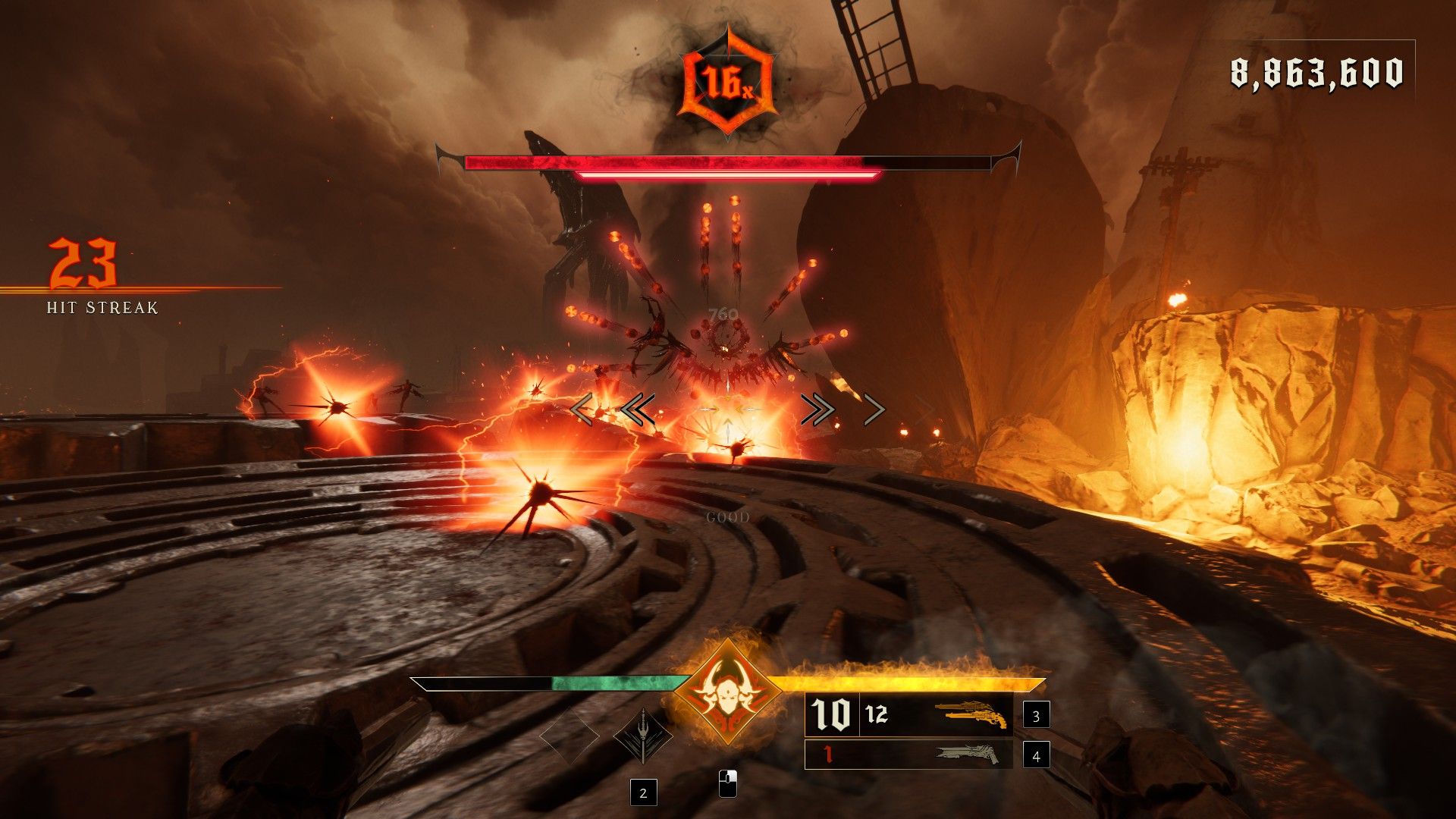 The Acheron’s aspect special might seem like the most tricky part at first, but you just need to triple dash away from the circle of fire and keep an eye on the mines falling from the sky. The real annoying move with this boss is the explosion it can produce, so keeping one wheel of distance at all times would be a good call.

As for the enemy waves, nothing special until the upgraded Behemoth or the angel-like creature appears. These should be your priorities, especially the Behemoth as all its attacks have a nice range and the demon itself has a good amount of health. Saving a weapon’s Ultimate (especially The Hounds’ one) is recommended because your doppelganger will give you a hand with it. 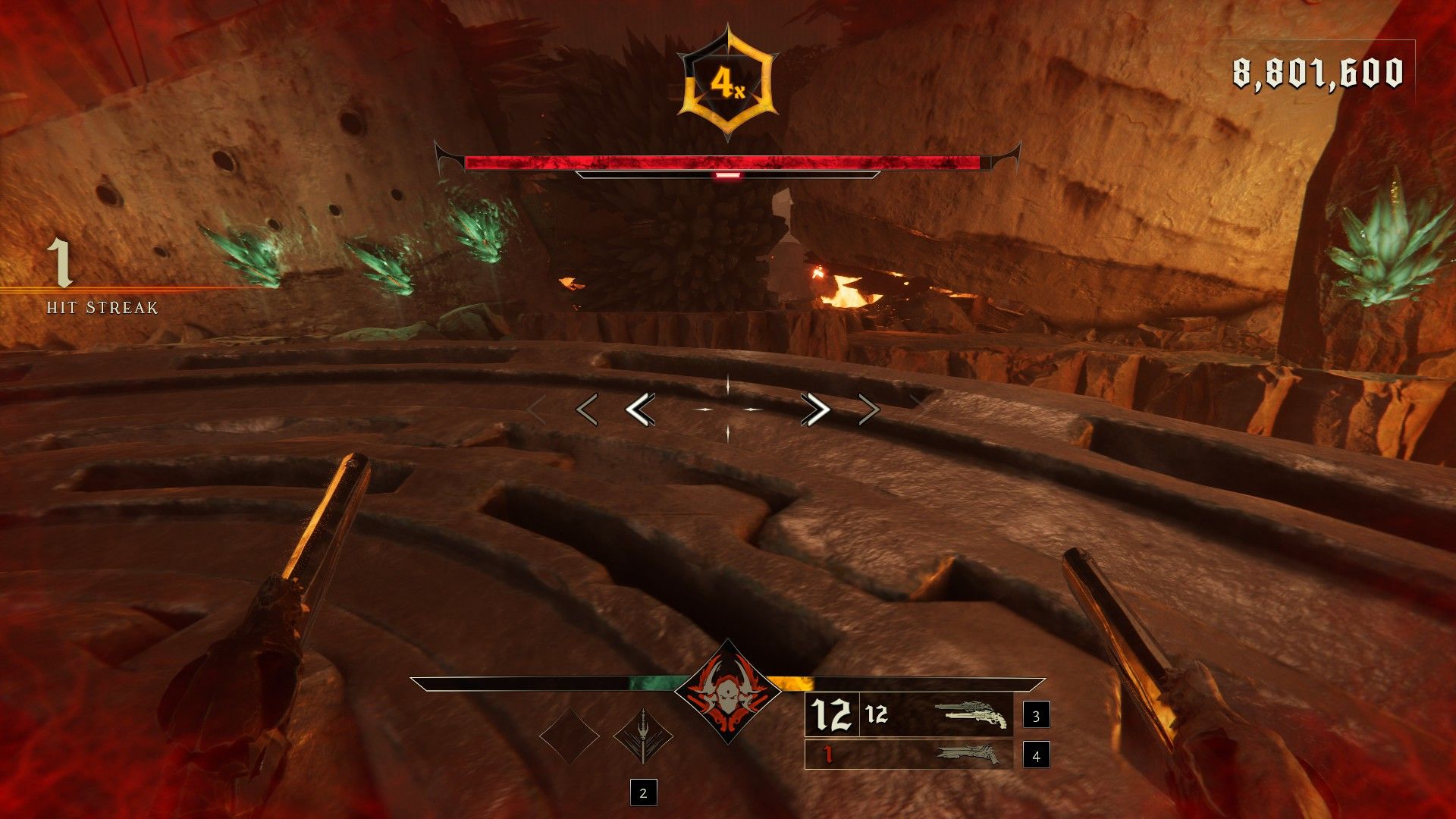 Don’t forget to break the crystals behind you when you’re health gauge is nearly empty, and you should pick up one of the Fury boosts if you’re having issues following the rhythm of the song. 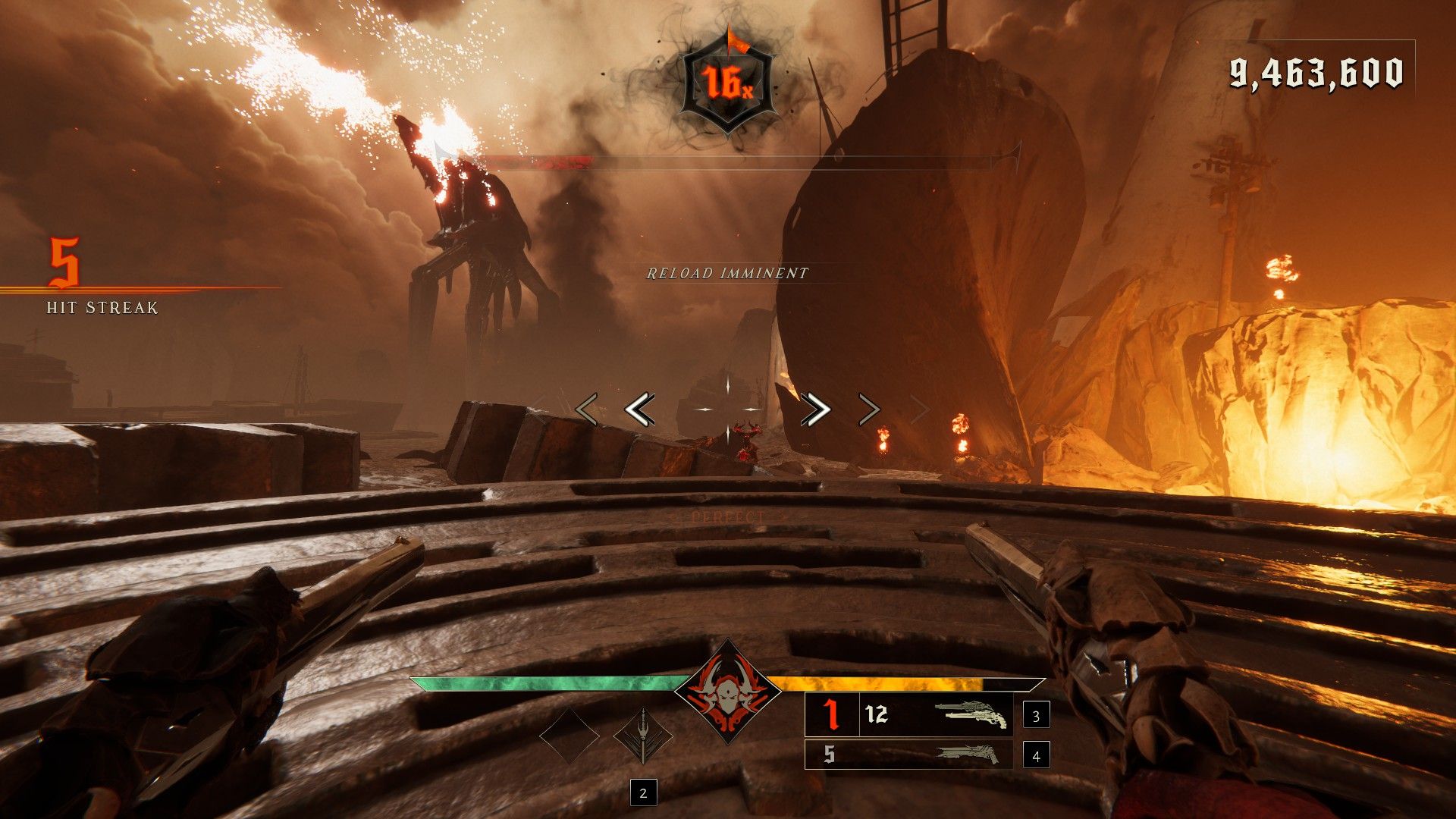