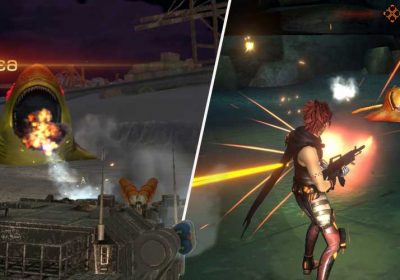 If you thought the apocalypse would be brutal, wait until you play Metal Max Xeno: Reborn. The game's concept is fascinating. After all, who doesn't want to kick ass and take names in a giant military-style vehicle?

However, getting started in Metal Max's campaign takes a lot of effort. You begin the game without a complete party, sometimes facing overpowered monsters alone. Furthermore, the game's tutorials are bare bones, so discovering finer details is up to you. Luckily, we've been through this experience ourselves and gathered plenty of tips to make breaking into Metal Max far less foreboding.

The Sub Quests Are As Important As The Main Quests 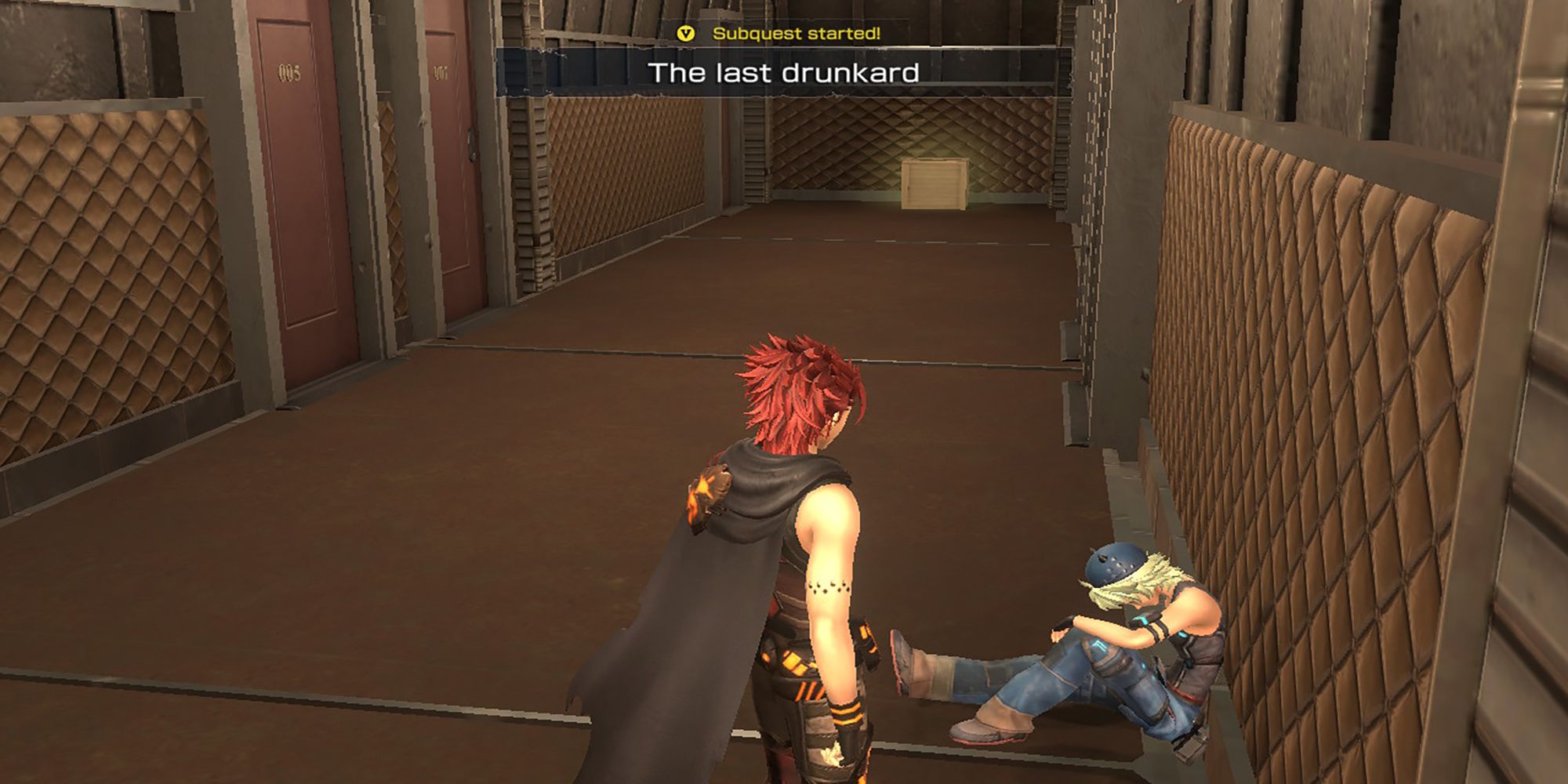 Upon starting the campaign, you'll quickly learn that the sub quests are far from sub-priority. On the contrary, you'll need to complete the game's sub quests adequately to finish the main quests.

For instance, one of your first main quests in Metal Max Xeno Reborn's campaign, Endangered Population Survey, will task you with traveling through Desert Tokyo and looking for survivors. However, three sub quests, Mankind's Best Friend, DEAD OR ALIVE, and The Last Drunkard are necessary to complete if you wish to fill your party. Considering how demanding the WANTED monsters are, you will need a complete party to defeat them.

Therefore, it's vital to track the sub quests in the back of your mind while traversing through Desert Tokyo. Completing one may unlock a vital piece that kept you from progressing through the campaign. 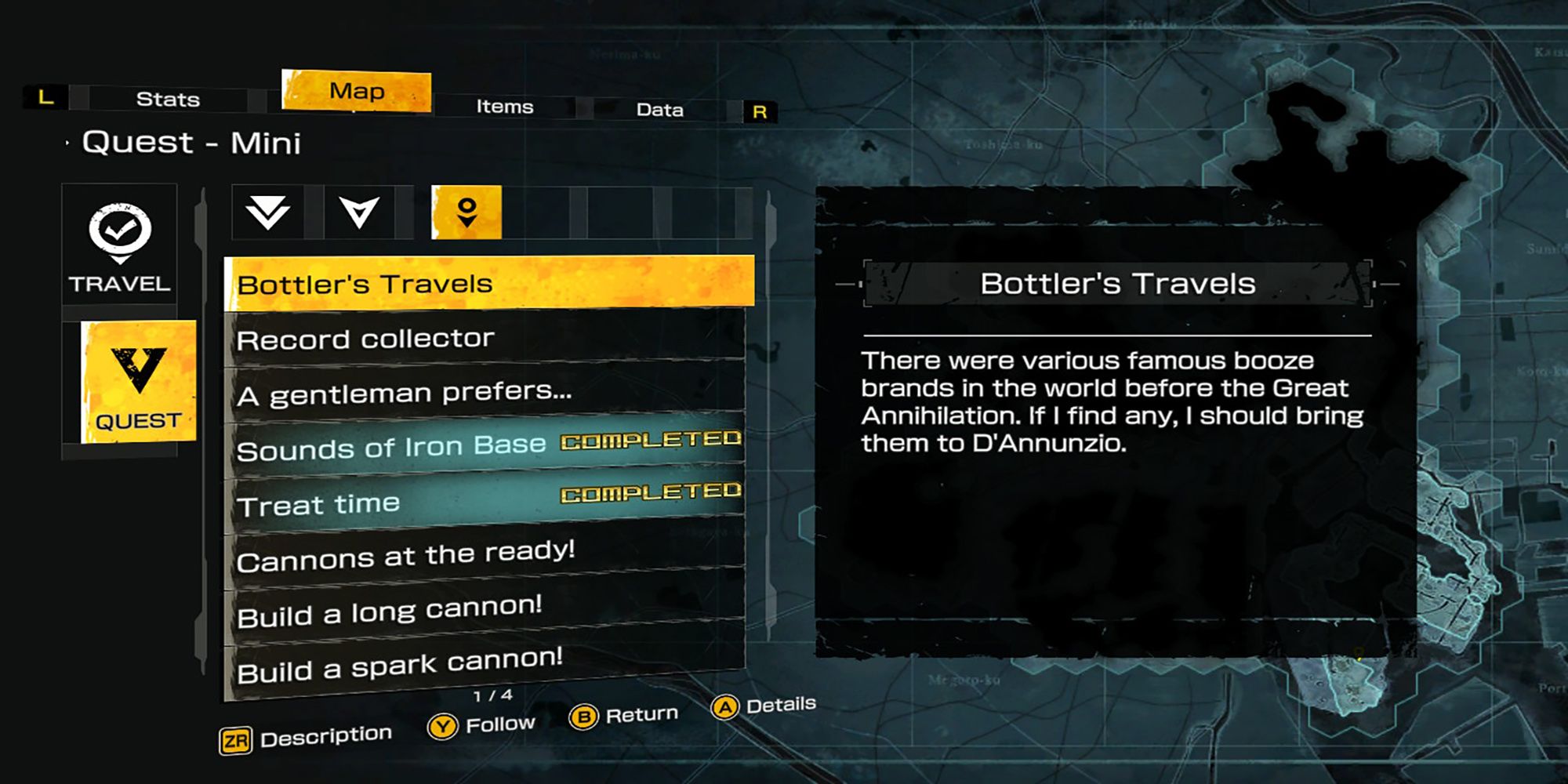 Mini Quests are like gaming achievements. For instance, there are mini quests you can complete for finding treasure in debris, collecting records for the jukebox, or listening to one of D'Annunzio's stories at the bar. In turn, fulfilling these quests rewards quick experience boosts that will significantly cut down your level-grinding.

Furthermore, some mini quests, like Remodeling Like A Pro, can get completed repeatedly. Therefore, it pays to play around with the game's features and search for new treasures. The more time and effort you put into discovering the nuances of Metal Max Xeno Reborn, the more experience boosts the game gives in return.

The Metal Detector Is Essential 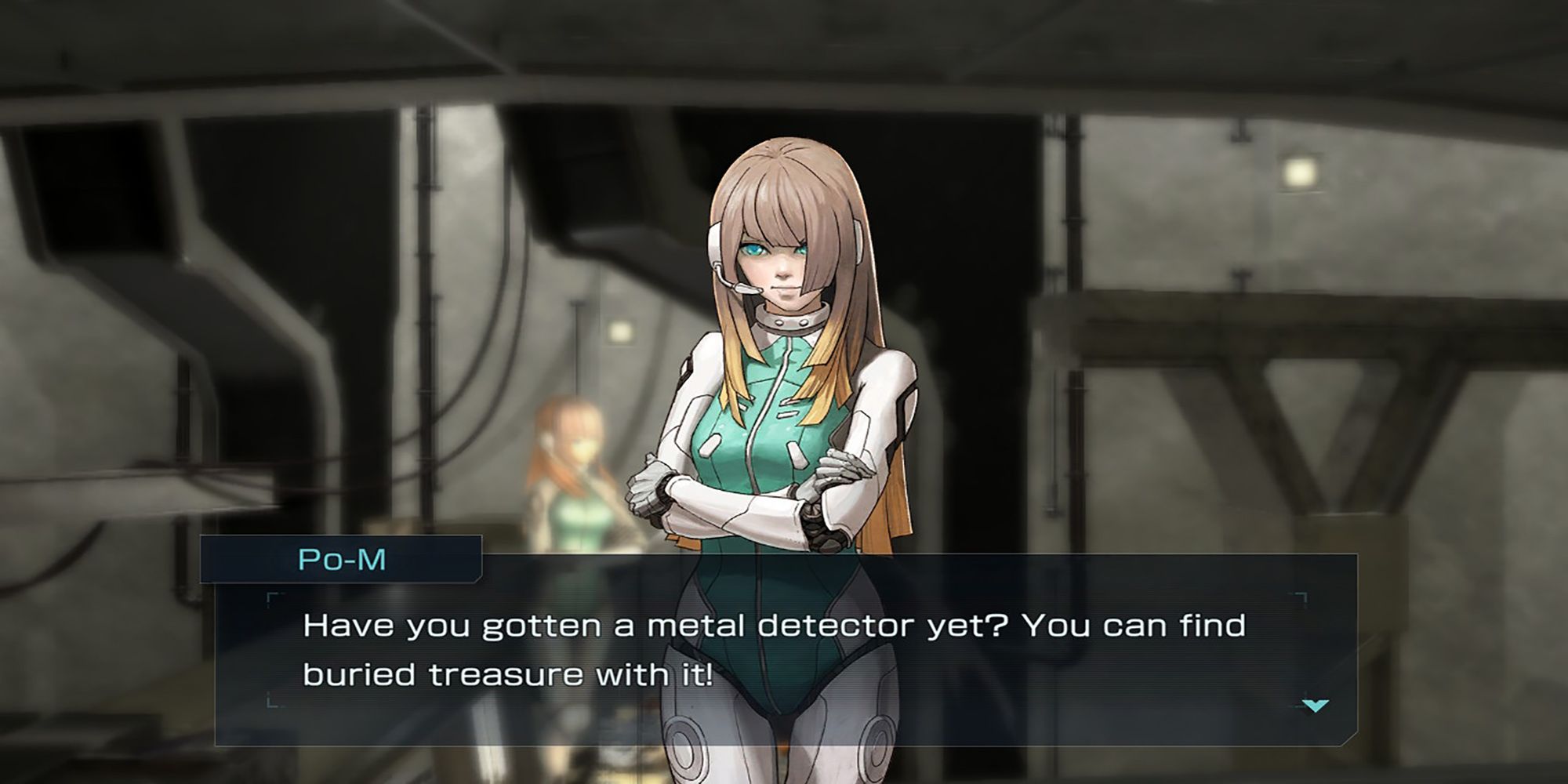 When we started playing Metal Max Xeno Reborn, we talked with Po-M, who adamantly suggested getting a metal detector. Unfortunately, we scoffed at the advice, especially after seeing the hefty 25,000 G price tag for the metal detector in the sortie. Why pay so much coin for a possibly worthless item when we could upgrade our arsenal of tank weapons? Oh, how wrong we were!

The metal detector is an essential item because it doubles the item intake on your adventures. Furthermore, items found by metal detectors are often rarer, sometimes including new weapons or even new vehicles!

So, how does the metal detector work? Once you purchase the detector, it works automatically. When out in the field, the ground where the detector finds something will glow blue. Approaching the blue marker and interacting with it will reward you with goodies. It's that simple!

Once we invested in a metal detector, our playthrough ran much smoother. In addition, we were able to upgrade weapons faster, craft a wider variety of weapons, and rake up gold by selling items we acquired through metal detecting.

In short, listen to Po-M, GET THE DANG METAL DETECTOR!

Launch The First Attack Whenever Possible 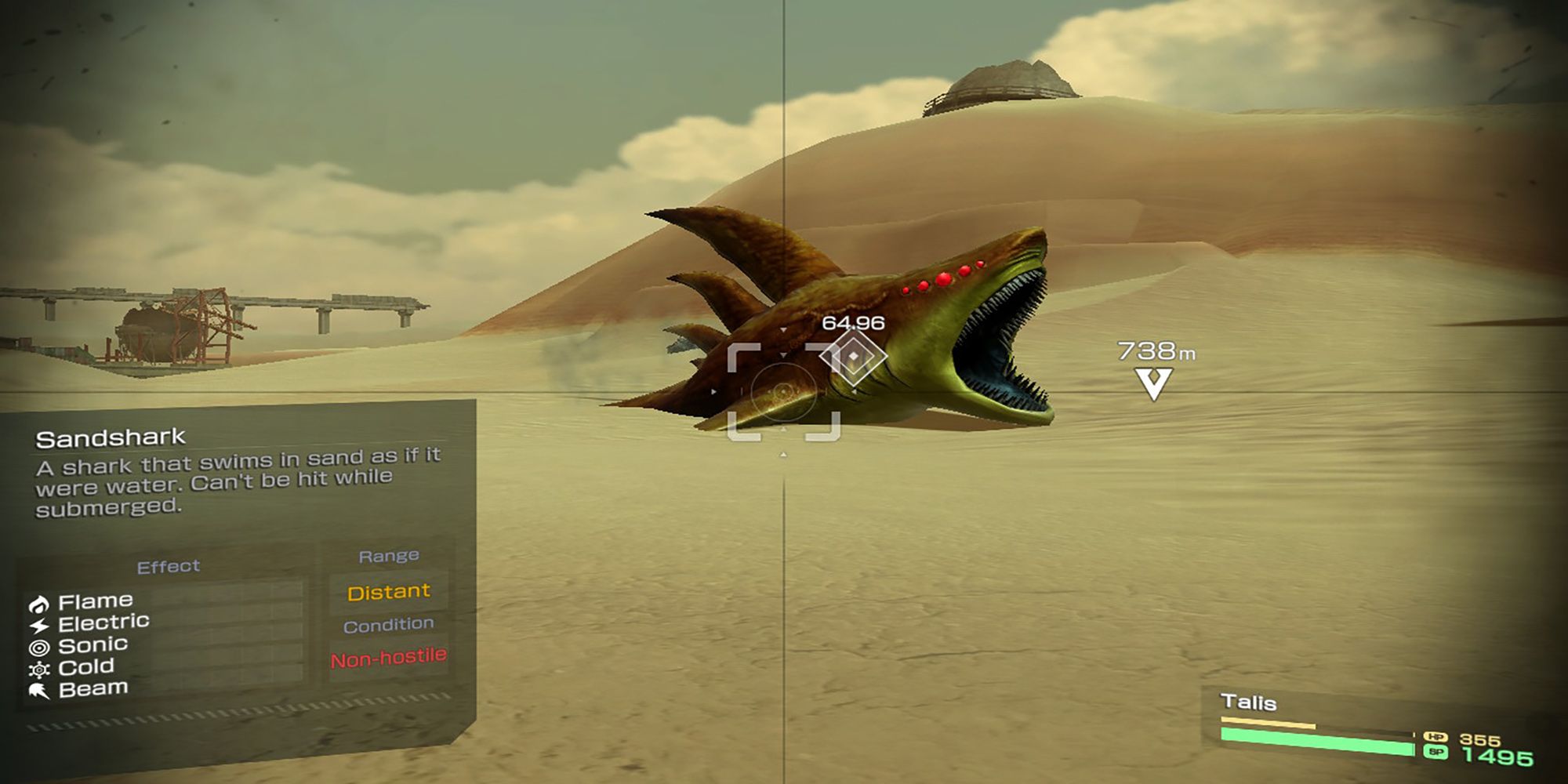 Engaging in combat in Metal Max occurs in one of two ways. Either an enemy will target you, filling your engagement meter, or you can preemptively attack. In this regard, Metal Max feels like a dungeon crawler. Approach matters a lot. And if you can sneak attack that first hit, you'll have better odds.

Engaging in battle significantly slows down Metal Max's combat. Gameplay shifts to a turn-based system where rotation is determined by character speed, much like an ATB gauge. Getting the first attack avoids some of that lag.

Of course, attacking first will still lead to the turn-based combat system. However, getting stuck in turn-based combat will make you vulnerable to attack. While these attacks are inevitable when facing off against formidable WANTED monsters, they become easily preventable when fighting lower-tier monsters.

For instance, if you are surrounded by one-hit kills like Gargants, attacking first will allow you to defeat one after another. Furthermore, this guerrilla approach eliminates turn-based combat, which prevents unnecessary damage.

Use Your Environment To Your Advantage In Battle 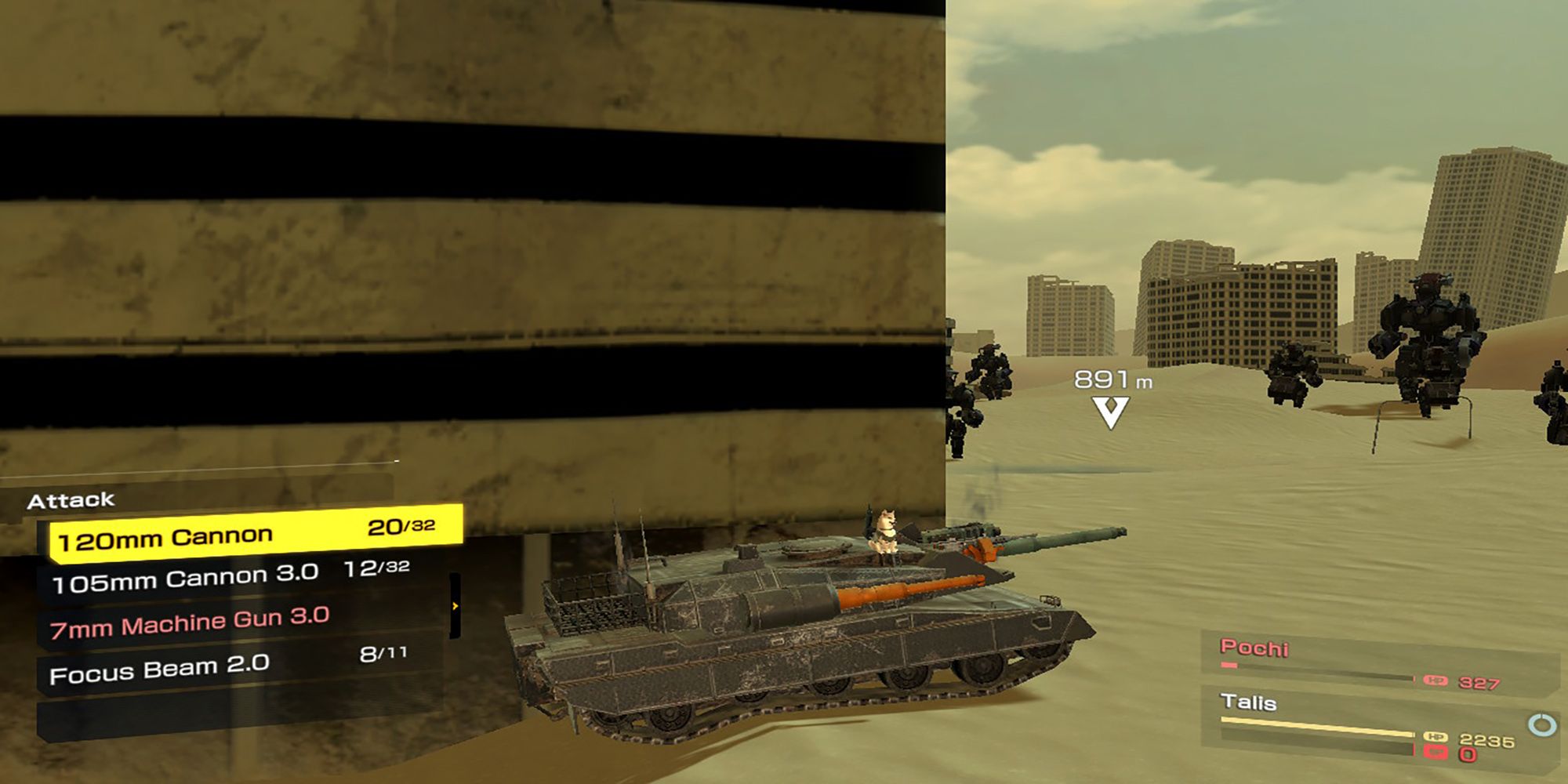 For instance, one of the easiest WANTED monsters you can defeat in the first few hours of gameplay is the Gun Taurus, who you'll encounter at Ariake West Canal. Facing the monster head-on will get you eradicated in no time. However, attacking the monster from the pile of boxes above the canal will give you a chance to retreat without getting attacked. Using this hiding spot to attack and retreat in succession will defeat this formidable enemy.

The attack, retreat, hide, attack again cycle works great when there is a lot of surrounding architecture. In addition to the Gun Taurus, we also used this strategy when facing off against Zamza. In that case, we used Spider Gully's tall buildings to hide from the monster.

As you continue through the game, new environments will require inventive strategies for working with them. So, pay attention to your surroundings!

Pay Attention To Debris Obstacles To Progress To New Areas 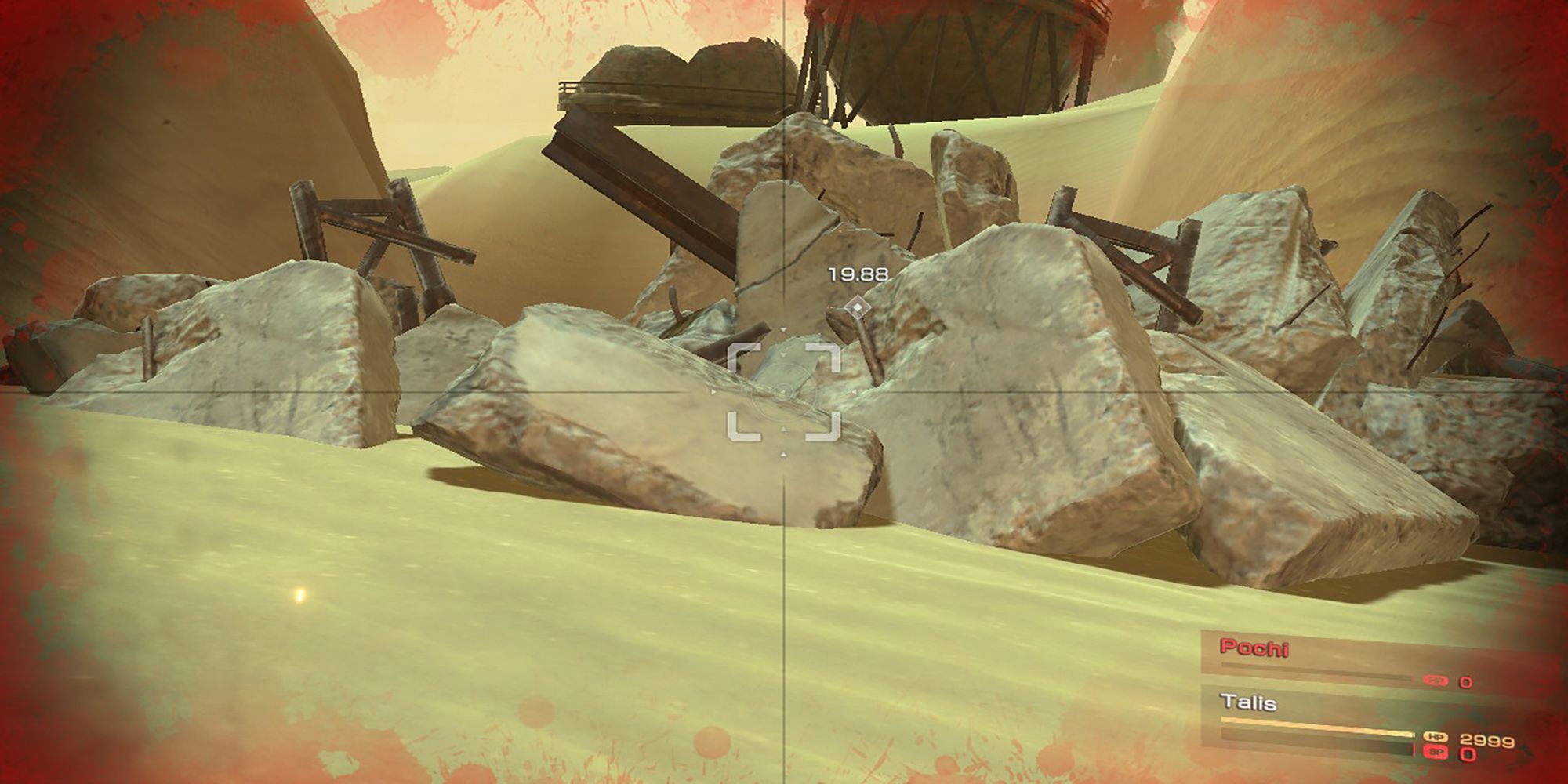 Sometimes you'll venture out into Desert Tokyo and feel absolutely stuck. For example, we struggled when we hit Zamsa in the Spider Gully. In these instances, your first instinct will likely be to travel back to the Iron Base Exterior and grind through old enemies all over again. While there's nothing wrong with some dedicated grinding, we want you all to play smarter.

Therefore, try looking for debris when you hit a section of Desert Tokyo that feels unpassable. For clarity, we do not mean the small piles of debris containing items. Instead, we're referring to the large piles of debris that your vehicle cannot pass through.

Once you see a large debris pile, try attacking it with one of your weapons. Chances are, the debris will register in your reticle. Then, press the Details button for more information. This snippet of info will tell you how much attack power is necessary to break down the debris. You'll need a weapon equipped with at least that much power for a successful attack. Anything less will register as 0.

Luckily, if you can knock down a giant debris pile, you'll access new areas that offer unique items, mission opportunities, and more! These are great options to explore once you feel like you've exhausted all other available paths.

Another reason to blast debris piles is that one vital party member is beyond a massive pile of debris. That's all we're telling you. You'll have to discover where on your own! 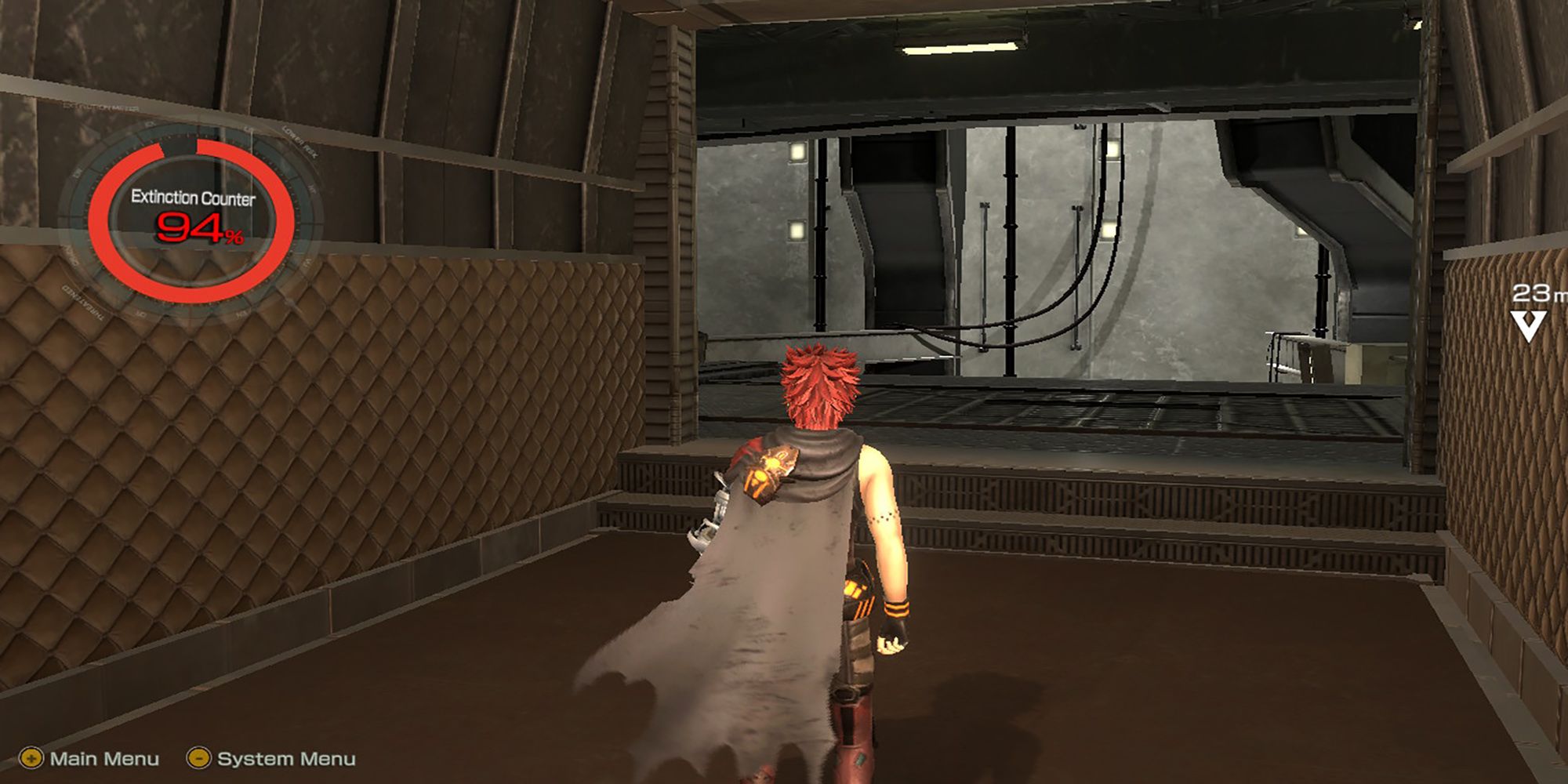 Most RPGs have enemies that regenerate after leaving an area for a matter of minutes. However, Metal Max's Extinction Counter is much more specific. Essentially, this counter drops as you defeat more monsters and rescue survivors throughout Desert Tokyo. However, when you take time away from hunting monsters, the counter rises again.

Your goal is to continue dropping the extinction counter and save humanity in the long term. However, Metal Max requires a lot of grinding. Seriously, we mean a lot of grinding. Therefore, you'll want to revisit enemies you've defeated to build your gold reserves and upgrade your vehicles. Unfortunately, defeated enemies do not re-appear every time you revisit an area.

To re-engage with defeated monsters, you need to give the extinction counter time to replenish. The easiest way to do this is to go to your room and rest. You can choose between a day, three days, five days, or a whole week of rest. Resting advances time and refills your Extinction Counter.