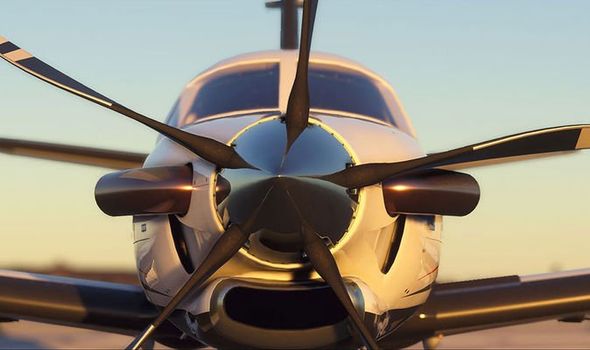 Microsoft Flight Simulator has proven a big hit on PC and gamers are looking forward to it arriving on Xbox consoles in the future. The ambitious project launched earlier this year but there is still plenty left to do with the new release. Microsoft has confirmed that a new list of known issues has been confirmed for PC gamers, many of which are linked to installing the game. The good news is that the first big Microsoft Flight Simulator update has been launched today and it looks to try and remove some of these issues.

The patch notes list everything that has changed in-game, as well as providing a warning about installing the new update.

The patch notes explain: “The latest patch is available for download at 1700Z (10am PDT) today. To install the patch, simply close Microsoft Flight Simulator and relaunch.

“However, if you have experienced installation issues, we strongly advise you to do a clean install of Microsoft Flight Simulator.

“Once uninstalled, check to make sure all files are deleted. If you have game files in a different directory than where the app is installed by default (C: drive) uninstalling the game will not delete those files.

Search for anything under ‘Microsoft.FlightSimulator_8wekyb3d8bbwe’ or ‘MicrosoftFlightSimulator’ and ensure all files are deleted. Once the previous steps are done, you can reinstall Microsoft Flight Simulator.”

And for a full look at everything that has changed today in MFS, you can find the full patch notes listed below:

The correct currency is now properly updated in the marketplace.

An Xbox One Microsoft Flight Simulator release date is also expected to be announced in the coming months, although this version of the game might not arrive until early 2021.

Speaking about the ambitious console project, Martial Bossard, lead software engineer at Asobo Studio, spoke about the benefit of having such a port in development.

“We are trying to have the best visuals on every single platform, and it’s another layer of optimisation,” he revealed during a 2020 Q&A development call.

“By the way, the Xbox will help us to optimize the product, so it will also be a benefit for PC. There is nothing PC will lose from the Xbox.

“It’s basically the opposite. We’re doing the work to have a better experience on the Xbox family, then we will improve the PC version at the same time.”