Home » News » Minecraft: 10 Things You Didn’t Know You Could Do In The End

Minecraft: 10 Things You Didn’t Know You Could Do In The End 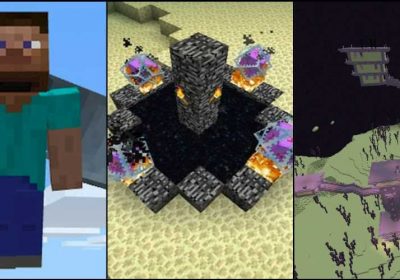 Minecraft is the ultimate sandbox game where you can do anything you want. Whether it’s building a massive castle or mining for diamonds, there’s always something to do.

The Minecraft world is made up of three dimensions: the Overworld, the Nether, and the End. The End is undoubtedly the most mysterious dimension in the game. In fact, many players have never ventured into the End despite putting hundreds of hours into Minecraft. Before you dive in, here are a few things you didn’t know you could do in the bizarre dimension.

10 A Rematch With The Ender Dragon 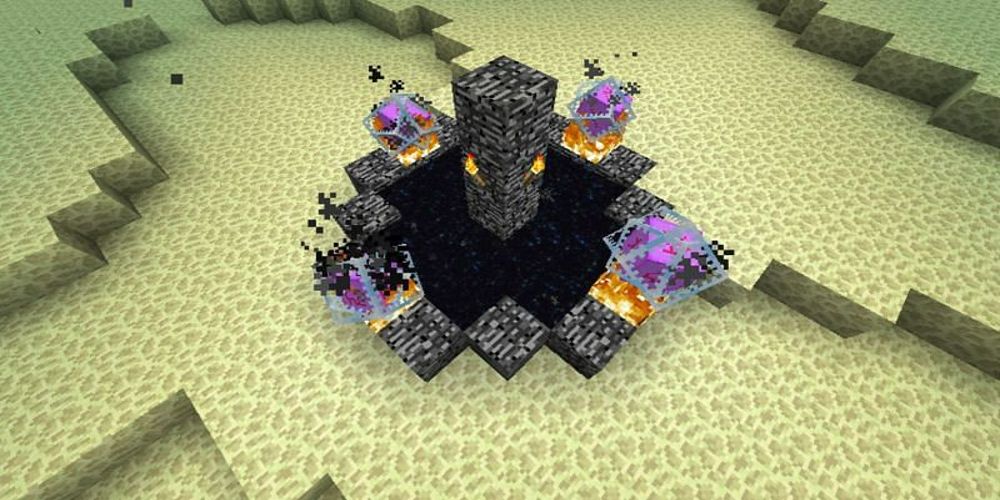 The Ender Dragon might not be the strongest boss in Minecraft, but it is technically the final boss as defeating the Ender Dragon is the only way to view the game’s credits. There are probably many things you didn’t know about the Ender Dragon, with one of them being that you could actually fight the boss a second time.

By placing one end crystal on each of the four edges of the end fountain in the middle of the battlefield, you can spawn the dragon a second time. It’s a good way to farm XP, assuming you know some strategies to take the Ender Dragon down quickly.

9 Dragon’s Breath Can Be Bottled 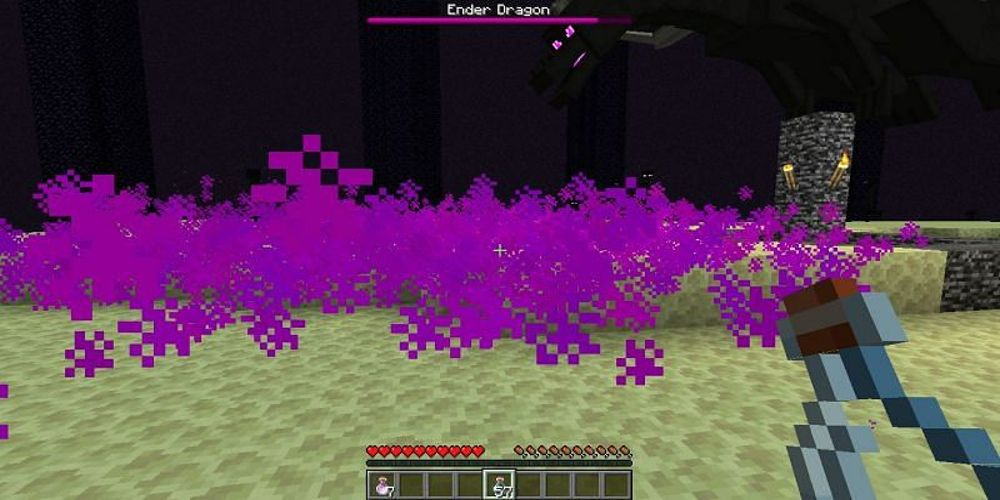 The purple dragon’s breath that the Ender Dragon fires towards the player is not just a deadly attack, and can actually be bottled up using an empty bottle. The sole purpose of bottling dragon’s breath is to use it as an ingredient for lingering potions.

By brewing any splash potion with dragon’s breath, you will create a lingering potion. Lingering potions can be thrown and explode on impact, leaving a cloud in the area with status effects that will linger if walked over. They can also be enchanted to be used offensively or defensively. 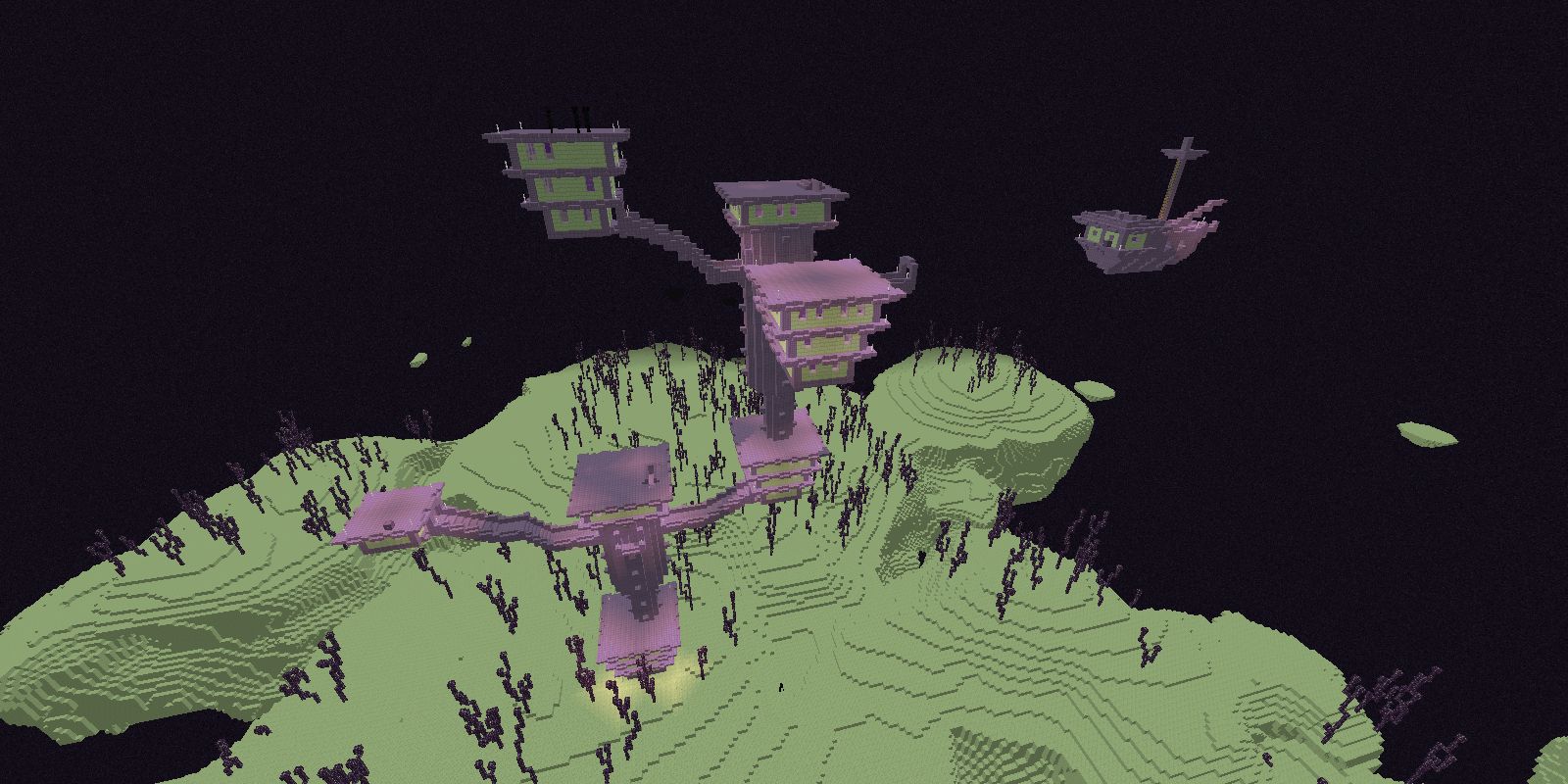 After slaying the Ender Dragon for the first time, you can find End gateways to take you to End island. These End islands are filled with chorus plants, endermen, and shulkers as well as entire structures known as End Cities. End Cities are massive skyscraper-like buildings filled with unique loot.

End ships are usually located around End cities and also feature some of the best loot in the game, including the ultra rare Elytra. These End islands are worth exploring post-game because of all the treasures that lie inside them. 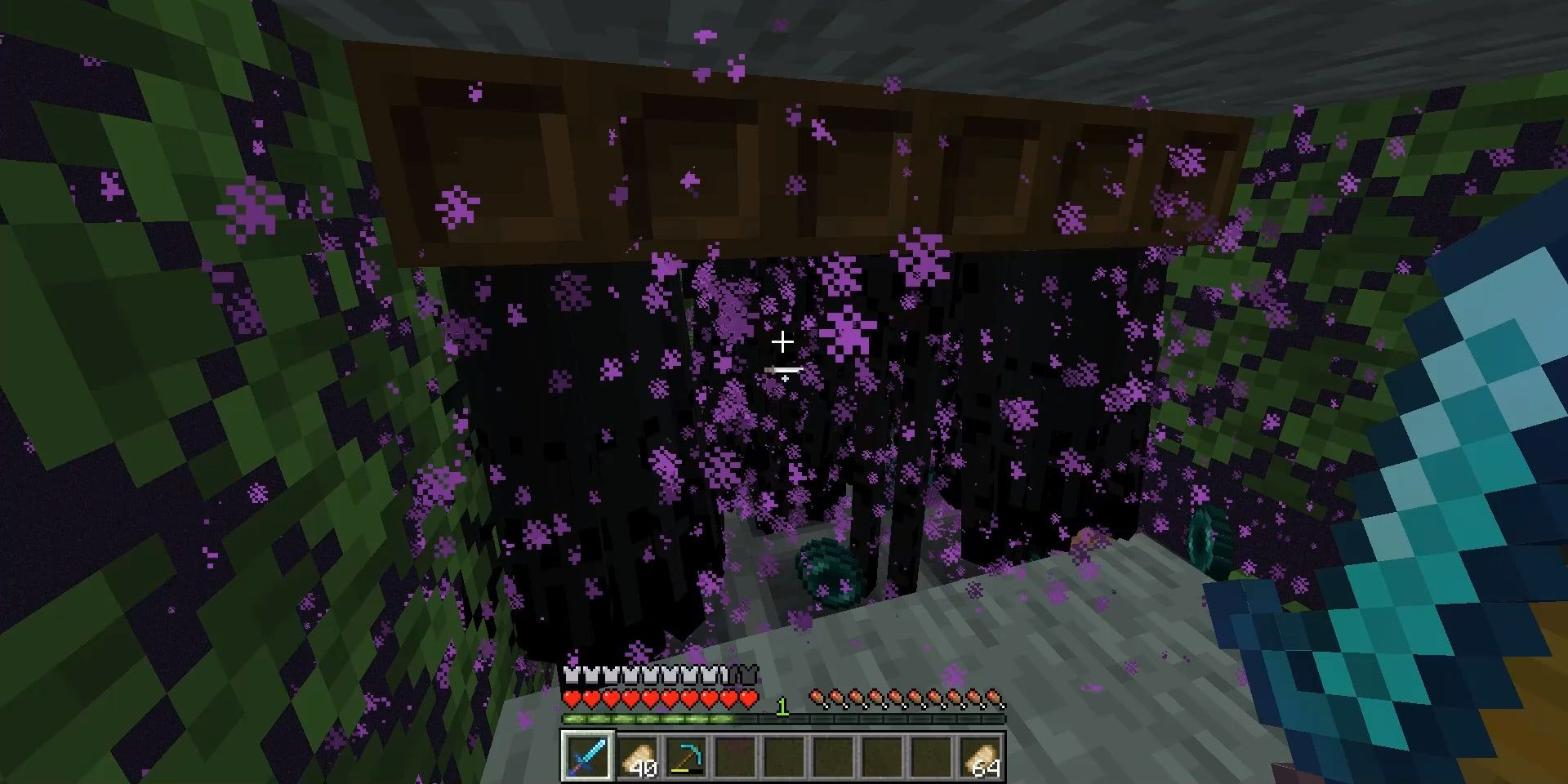 It’s actually quite simple to make an Enderman farm in Minecraft. Assuming you have relatively easy access to your End portal, it shouldn’t be a problem. Most of the materials you need to make the farm are not difficult to come across throughout your journey.

An Enderman farm is without a doubt the easiest way to level up and earn XP in Minecraft. By building your farm 42 or 43 blocks deep, you’ll be able to take down each of the Endermen in one hit. It’s the most efficient XP farm out there.

6 Use Beds As TNT 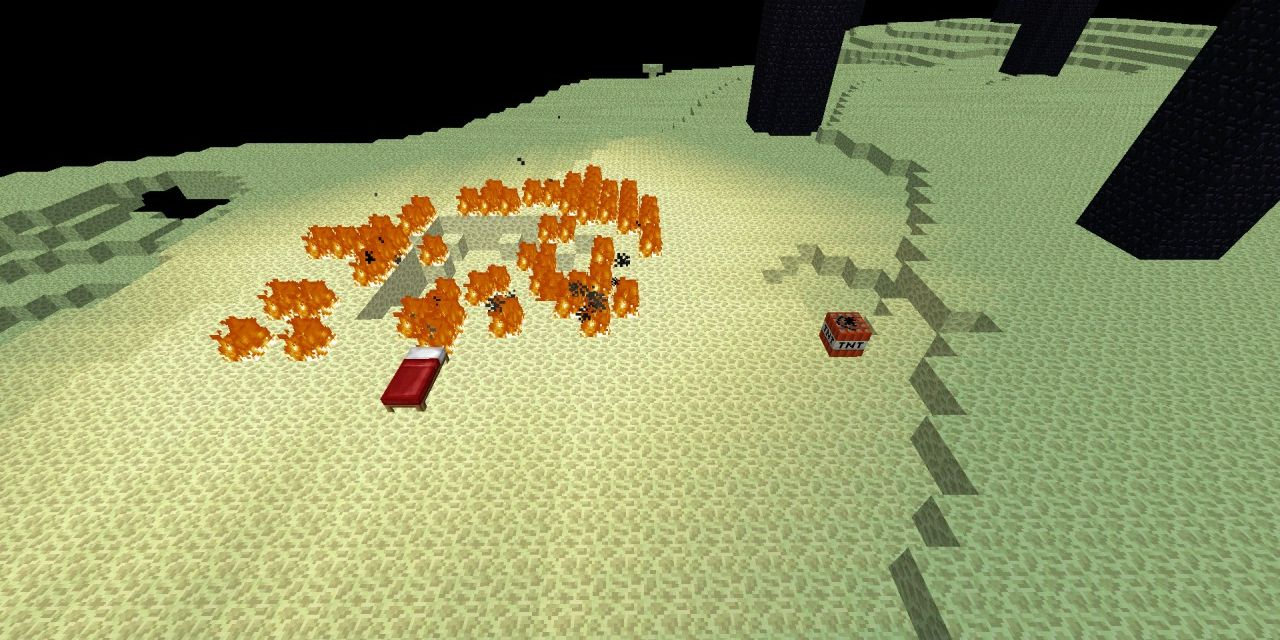 There is no concept of time in the End, which causes some issues with certain items, including beds. If you ever try to sleep in the End, you simply won’t be able to because your bed will blow up the second you place it. This feature has caught many players off guard.

Essentially, beds act as TNT in the End so, if you ever want to do some mining in the mysterious dimension, you can bring a bunch of beds with you. It’s a great way to farm some endstone for your house.

5 Can Build An Ender Chest 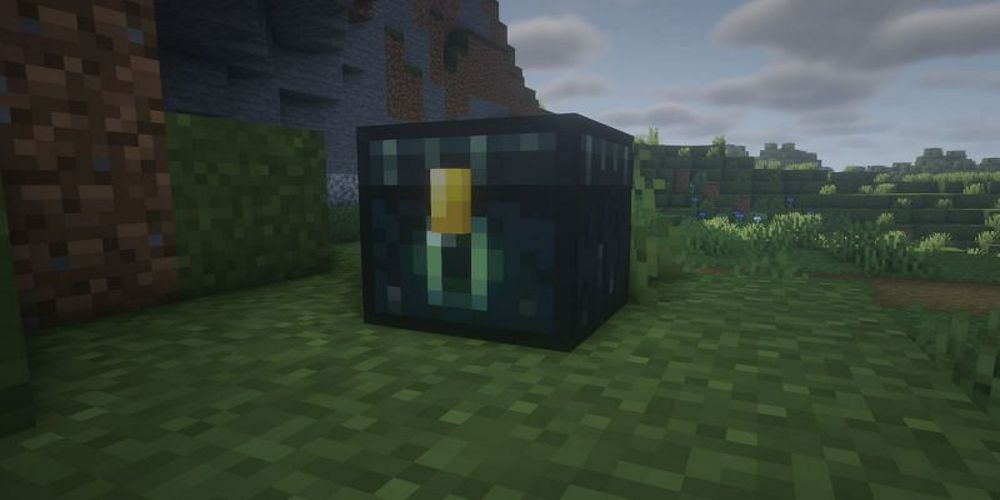 Ender chests are very useful items in Minecraft that are well worth crafting. They can be used like normal chests, but all ender chests in the world are interconnected no matter what dimension you’re in. On top of that, the ender chest’s content is unique to each character, so other players can’t see what you’ve put in the chest and what you’ve taken out.

To craft an ender chest, you need eight obsidian and an Eye of Ender. They can also be found in certain End city treasure rooms. You should seek them out and obtain as many ender chests as you can.

4 You Can Farm Chorus 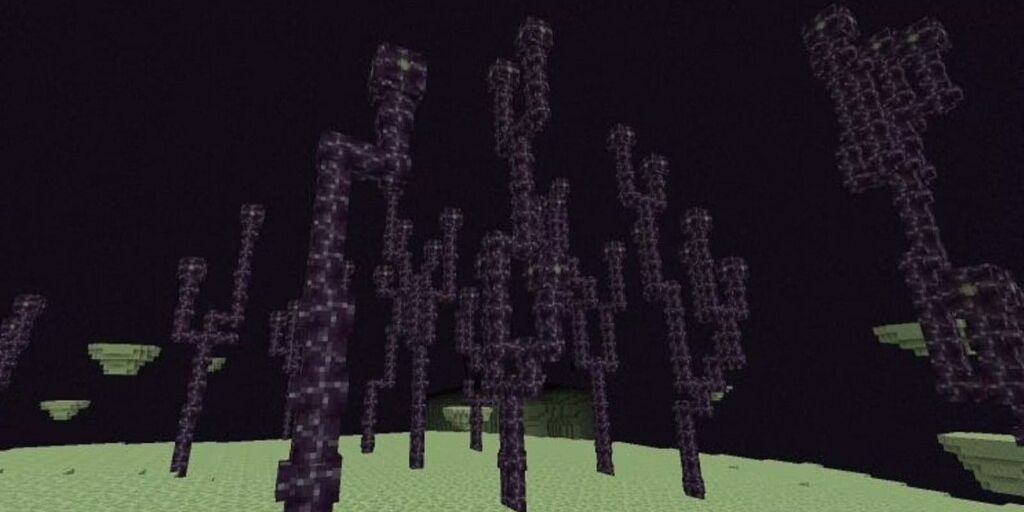 The end is a barren place, but that doesn’t mean it has no vegetation. It turns out that a fruit known as chorus grows in the outer End islands and has plenty of uses. Eating a chorus fruit will restore four hunger points and 2.4 hunger saturation, but doing so may teleport you eight blocks in any direction. 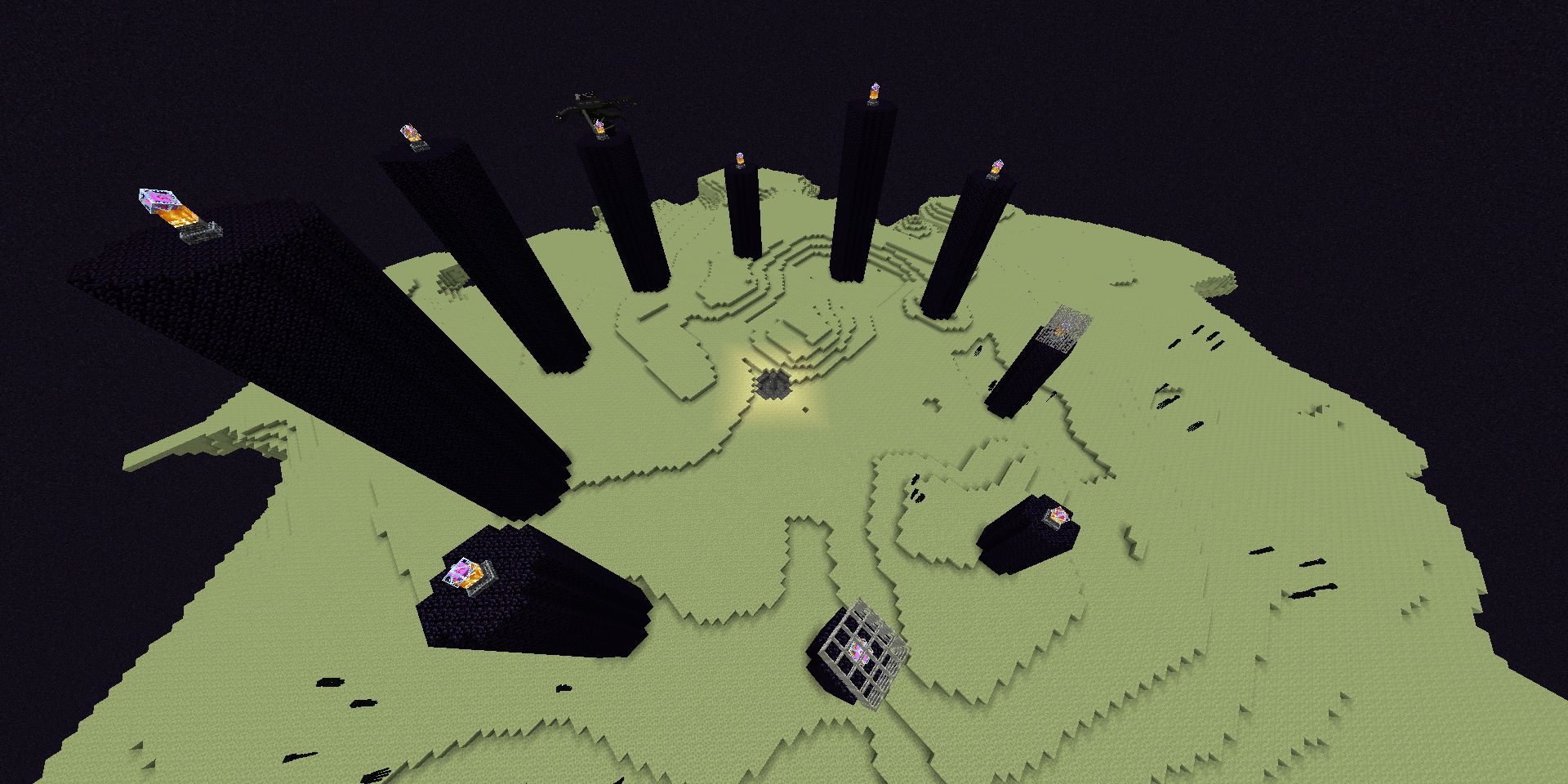 If you ever found the music in the End to be quite unsettling, that’s because all the tracks in the dimension are a distorted version of the regular overworld music. It’s the music you already know and love from the game, but changed up to fit the ambiance of the End.

While the music in the End may give you the creeps, there’s no denying that it fits the dimension perfectly. Mojang absolutely nailed it with the music in Minecraft and it shows. You could listen to the soundtrack for hours. 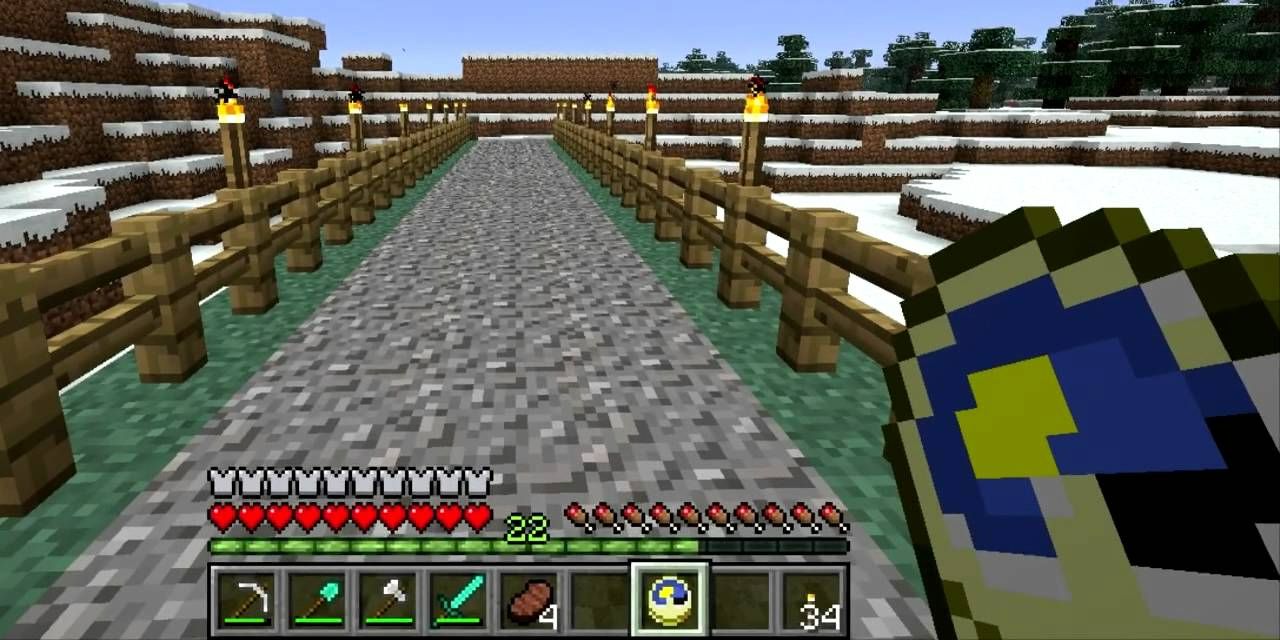 Time is non-existent in the End. If you hold a clock in your hand in the End, it will spin continuously and never stop. This makes complete sense since there’s no need to know what time it is in the End.

It really doesn’t matter what time it is in the End and the game reminds you of that by blowing up your beds and spinning your clocks around forever. It’s a neat detail to add in the game as it really makes the End feel like a completely different world.

1 Only Place For Elytra 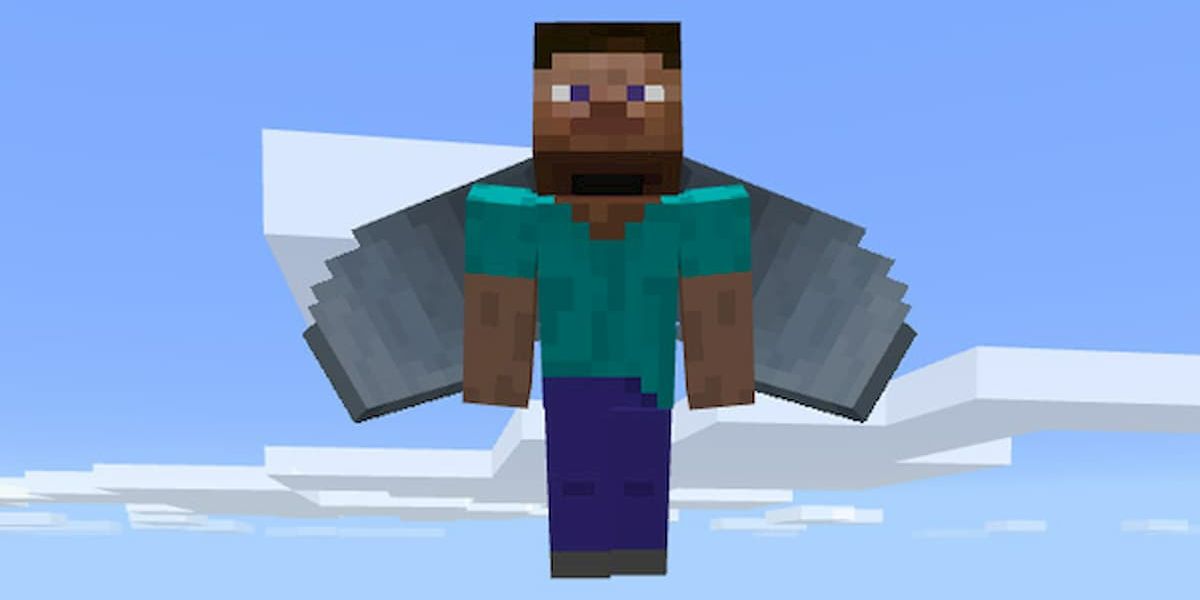 The Elytra is the ultimate post-game item in Minecraft and can only be obtained after defeating the Ender Dragon and finding an End Ship in an End City. There’s a lot you need to know about the Elytra, but its main feature is that they’re the only source of flight in survival mode.

The Elytra makes it incredibly easy to travel around the Overworld and can be enchanted with Mending, allowing them to get repaired as you obtain experience orbs. You’ll definitely want to obtain an Elytra once you defeat the Ender Dragon in Minecraft.