Minecraft Has Banned NFTs And Blockchain Tech From Game Servers 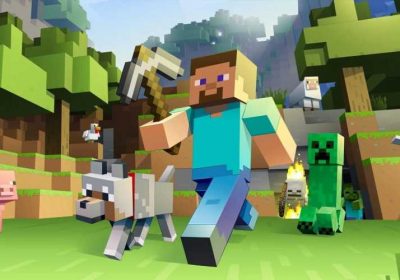 Minecraft developer Mojang has laid out its stance on NFTs and the blockchain, banning both from game servers as they go against the "spirit of Minecraft."

In a blog post on the official Minecraft website (thanks, Fanbyte), Mojang explains at length as to why NFTs and blockchain technology will not be allowed on the platform, or even associated with it. In regards to NFTs, Mojang believes the artificial scarcity that comes with the practice is against the game's Guidelines and the "spirit of Minecraft." Mojang also explains that it doesn't want its players getting scammed by third-party NFTs that may be used in custom servers.

Blockchain technology has been banned for a pretty similar reason, as Mojang states that it could be used to create a "scarce digital asset" if integrated inside its client and server applications. As a result, people can no longer use blockchain tech in Minecraft servers are make NFTs based on any in-game items "including worlds, skins, persona items, or other mods." This is pretty much the only reason given, and Mojang doesn't mention NFTs or the blockchain's impact on the environment.

Despite everyone and their mother getting into NFTs when they were popular back in 2021, game developers and publishers have been backing away from the practice due to the negative backlash experienced by others over the past year. For example, Sony recently had to clarify that the "digital collectibles" players can purchase as part of its new PlayStation loyalty program are "definitely not NFTs."

Some companies are still going ahead with them though, despite the wishes of the vast majority of their fans. Square Enix recently stated that it wants to make "story-focused" NFTs based on Final Fantasy and Dragon Quest, and GameStop controversially decided to jump into the NFT market shortly after laying off hundreds of staff. Thankfully, it's a pretty strong no from Mojang on the blockchain and NFTs for now, although it does state that it's keeping an eye on blockchain tech to see if it will offer "practical and inclusive applications" in the future.