Home » News » Minecraft Tamriel Project Has Recreated All Of Morrowind

Minecraft Tamriel Project Has Recreated All Of Morrowind 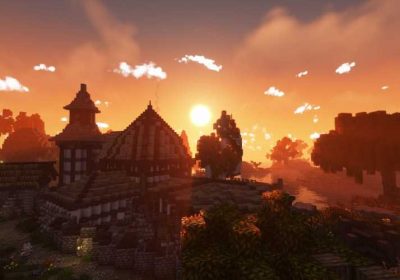 It never ceases to amaze me how people can still be such huge fans of The Elder Scrolls III: Morrowind after more than two decades. Even Nvidia used Morrowind as an example of its new RTX Remix modding tool to showcase what Morrowind would look like with a bit of ray tracing (and some significant AI-produced enhancements).

Or you could show your love for Morrowind by scaling down rather than scaling up. Reddit user Ansu-Gurleht recently showcased a custom Minecraft server on the Morrowind subreddit, revealing almost all of Tamriel remade in Microsoft's voxel-based survival game.

Because most of the users helping to create Tamriel are Morrowind fans, Ansu-Gurleht said "Vvardenfell is the closest region to being complete." But Skyrim appears to be a close second on the interactive server map that was also posted.

It's not just Skyrim and Morrowind featured on the server. You can see the great deserts of Hammerfell and Elswayr, the dense growths of Valenwood, and the dismal bogs of the Black Marsh. Most of these other locations don't have a lot of landmarks in them, however, as they haven't received their own games yet. Outside of the main Elder Scrolls games and DLC have been recreated based on vague descriptions. Ansu-Gurleht noted the Tamriel Rebuilt mod has been a big help for locations that aren't fully fleshed out.

The server was started over 10 years ago and is accepting contributors, although only approved persons will be able to add to the map. Everyone is free to explore the server on Minecraft Java edition.

In other Elder Scrolls news, someone has finally fixed a broken part of Skyrim that's existed for over a decade. The "Use those Blankets" mod finally tucks in sleepy Nords so they're actually underneath their bedrolls rather than "sleeping on top of the bedroll like complete dimwits." It's the little things that make the biggest difference in RPGs.