Home » News » Mission Failed: The Metal Gear Solid Board Game Has Been Cancelled

Mission Failed: The Metal Gear Solid Board Game Has Been Cancelled 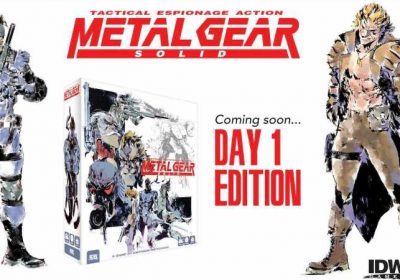 IDW Publishing, best known for its licensed comic book adaptations of movies, television shows, video games, and cartoons, has cancelled the release of Metal Gear Solid: The Board Game after a series of delays. An estimated 2,000 people had already pre-ordered the game.

The release of the game, which was postponed from early 2019 to last summer and then this year, was complicated by adjustments to the original design. According to a Dicebreaker report, “Ultimately, the amount of time it took to implement these changes just grew longer than expected and our window to ship the game on time closed.”

Although IDW has walked away from the project, the game may still have a future. Creator Emerson Matsuuchi offered to pay IDW to complete the game, which the publisher declined. Now, he is reportedly working with Nazca Games to obtain the licensing rights to Metal Gear license from Konami. The creator says he remains “optimistic,” but it is unclear if an agreement will be reached.

Metal Gear Solid, a stealth game developed by Konami and released for PlayStation in 1998, was was directed, produced, and written by Hideo Kojima. The game is a successor to the MSX2 video games Metal Gear and Metal Gear 2: Solid Snake, which Kojima also developed.

Selling more than seven million copies worldwide, Metal Gear Solid was widely viewed as one of the most important games of all time. The game has spawned numerous sequels, beginning with Metal Gear Solid 2: Sons of Liberty in 2001, as well as media adaptations, which include a radio drama, comics, and novels.

Metal Gear Solid continues to influence modern action games such as Call of Duty. The game, along with its sequel, Metal Gear Solid 2, was showcased in the Smithsonian American Art Museum’s exhibition The Art of Video Games in 2012. In September 2015, Metal Gear Solid was voted the best original PlayStation game of all time by PlayStation.Blog’s users.

The board game was expected to be a co-op experience with players taking on the roles of Metal Gear Solid characters Solid Snake, Hal Emmerich, Meryl Silverburgh and Gray Fox. Despite the game’s cancelation, a film adaptation of the game series is in development, with Oscar Isaac in the role of protagonist Solid Snake.