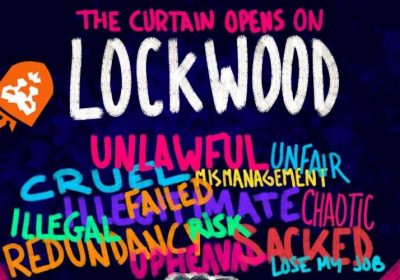 Lockwood Publishing, best known for the popular mobile game Avakin Life, is facing accusations of breaching employment law. This comes from the Independent Workers' Union of Great Britain (IWGB), a trade union that represents game workers. This comes despite a big Tencent partnership, and the CEO making over $300,000 a year.

According to the allegations, Lockwood is trying to lay off 33 out of a workforce of 200. Employees are said to have their workplace IT accounts suddenly disabled without warning, before being told they are at risk of redundancy. IWGB says the workforce has not been consulted about this high number of layoffs, which would be a breach of employment law.

"One day without any previous notice, HR called us into an agendaless meeting", said one anonymous employee. "We were told we were at risk of redundancy but not given any real explanation as to why. Some people had their work accounts deactivated within minutes and were told they couldn’t say goodbye to their co-workers".

This all comes despite a $25 million cash injection last year, courtesy of Tencent. The redundancies are also bizarre given the popularity of metaverse games like Avakin Life over lockdown, which has seen the game reach seven million monthly users, across 250 million accounts.

It was also found that the company's CEO makes £360k, leading many to question if these redundancies are truly necessary.

In response to the lack of transparency regarding such a high amount of employees facing job loss over the holidays, Lockwood workers formed their own union and affiliated with IWGB.

"We are asking management at Lockwood Publishing to halt this unlawful and illegitimate process of redundancies and avoid costly legal and reputational damage in the process", said a representative of The Lockwood Union. "No one should be sacked at Christmas, especially when there are clear alternatives available. Ultimately, we all want the same thing: we want a flourishing organisation that we are proud to work for. To do that, senior management at Lockwood have to start listening to their workers". The union goes on to compare the case to that of Activision Blizzard and Ubisoft, who face their own workplace abuse allegations.

Lockwood Publishing is yet to respond to the allegations.