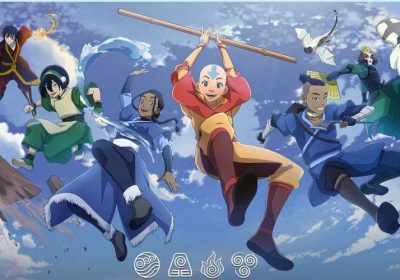 While it may be going on 15 years since Nickelodeon's Avatar: The Last Airbender finished airing such was the excellence of the cartoon that it remains firmly in the imaginations of all those who watched it back then, and the story continues to pick up fans even today.

Now gamers can follow the adventures of Aange, Katara, Sokka, and crew, in new mobile RPG Avatar Generations. The free-to-play mobile title will have players exploring the Four Nations and will feature multiple Avatar campaigns beginning with Aang, but will include the likes of Katara and other future and past Avatars in planned updates.

The mobile game is being published by Crystal Dynamics in partnership with Paramount Consumer Products, with developer Navigator Games at the helm, and enters pre-registration globally today with the official worldwide launch expected not too far off.

The game is a turn-based, squad RPG and players will assemble and customise their team as they progress across the dynamic map. You'll be collecting, upgrading, and customising your heroes to aid them in their quest to master the elements and defeat the Fire Nation while you'll need to balance your squad as each member has different powers and abilities. Avatar Generations will closely follow the plot points of the original TV series so expect to see the likes of Zuko, Toph, and Appa on your journey.

Avatar Generations is headed to iOS and Android and those who pre-register can expect some in-game perks, like getting Aang and Appa from the start. In the future, players can expect brand new Avatars and original story content. Those wanting more info can head to the official site.

The original Nickelodeon three-season run of the cartoon series, which ran from 2005 to 2008, is spawning modern versions as a live-action series remake is being produced by Netflix (although that has had some difficulties) while Paramount is producing three animated Avatar: The Last Airbender films. Avatar Generations sees the continued expansion of the franchise.