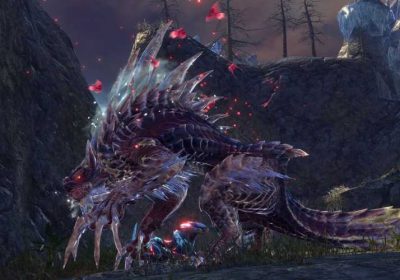 Monster Hunter Rise: Sunbreak takes things to the next level with the introduction of Master Rank, but the challenges don't stop there. With a variety of new mission types, new monsters, weapons, and hunting areas to explore, everything in this expansion demands that you improve your hunting skills to face the mysterious mastermind behind the calamity plaguing the people of Elgado.

But after everything is solved and done, what's next? Here's where the game introduces a new type of quest called Anomaly Quests. These are missions of the highest difficulty, and put a dangerous twist on even the most basic of the monsters, bringing you a challenge that only an expert hunter can overcome.

What Are The Anomaly Quests? 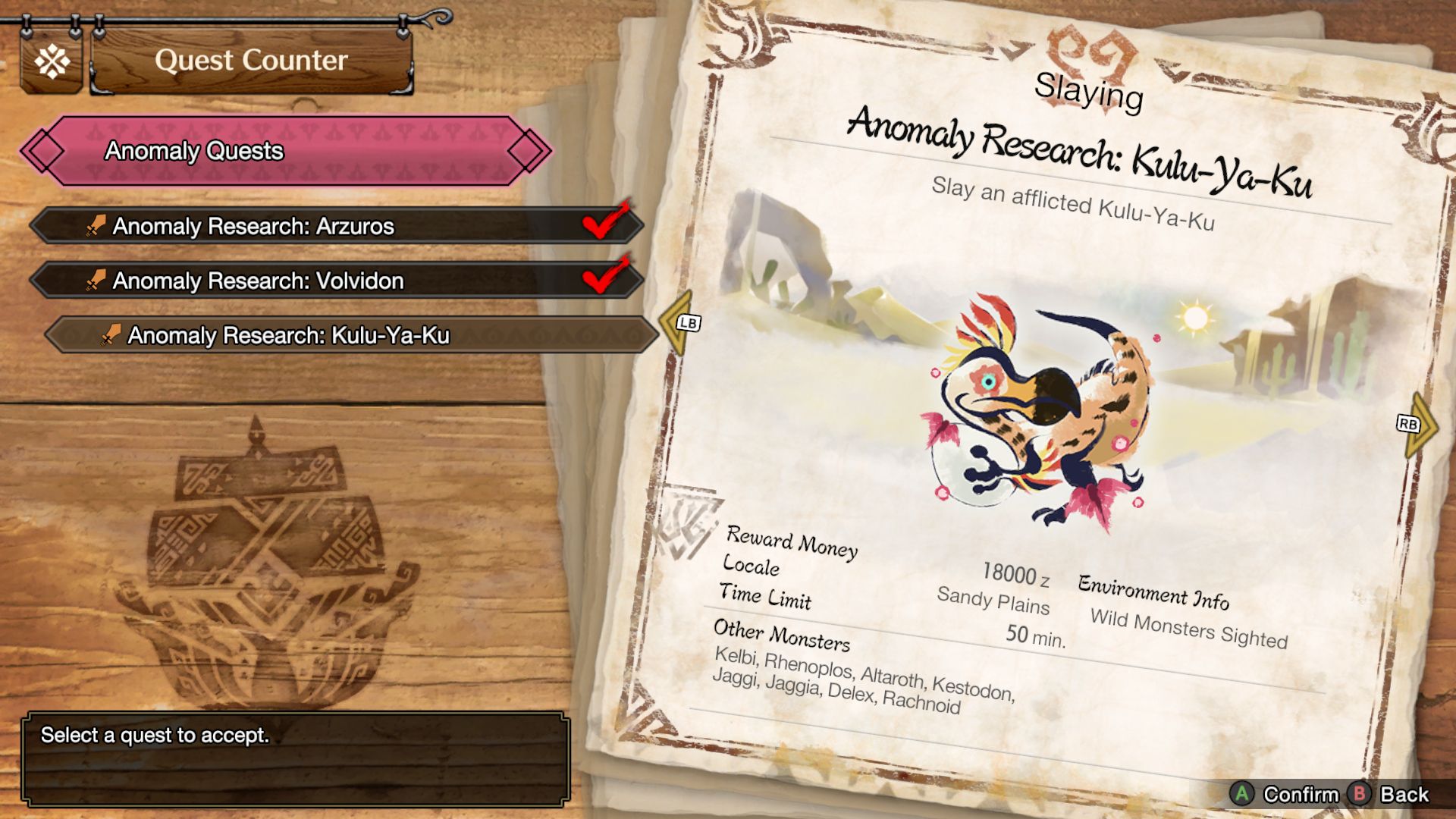 Before you finish the main story of the game, you will have a mysterious mission where you must head to the Citadel, where something has killed every single monster in sight. This will lead you into a fight with a mysteriously red-coated Lunagaron that seems more powerful than the normal version.

After you're done with the main story, it is revealed that the Lunagaron you previously fought was an Afflicted version of that monster, a variant that has its own particular elements. After Chichae introduces you to that concept, Anomaly Quests will be unlocked, and you will unlock new batches as you lift the limit on your Master Rank.

What Are Afflicted Monsters? 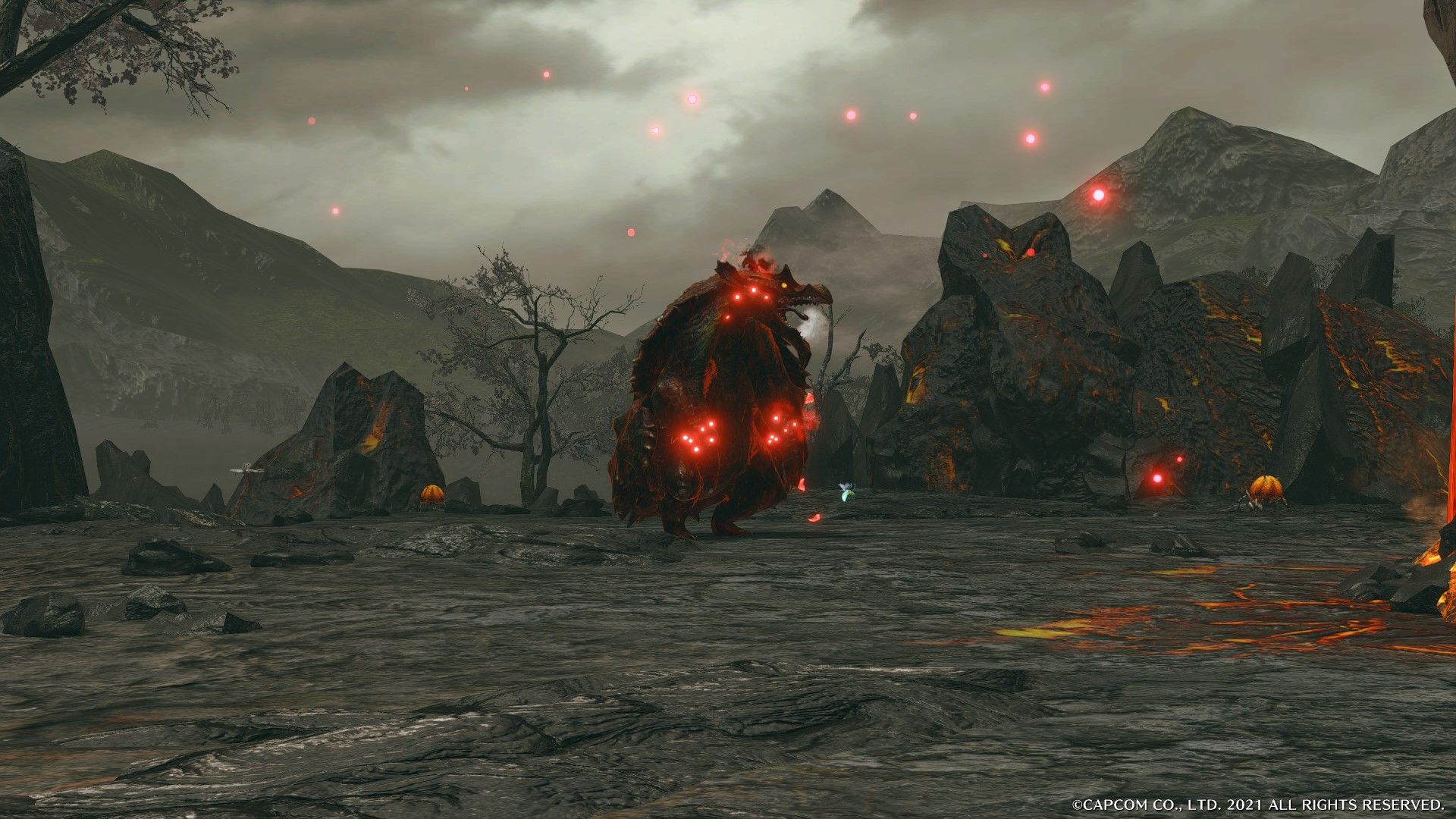 Without a host to feed on after you're done fighting the Gaismagorm, the Qurio are now looking for new victims, and their influence drives those monsters into a rage like never seen before, giving them mysterious powers, and turning them into Afflicted Monsters. These monsters can't be captured, and in their Delirious state, they can also inflict a new ailment called Bloodblight. While you're affected by this ailment your healing will be severely reduced for a limited time and your HP will be drained over time, but your attacks will also heal you, so you must be extra careful in battle.

While you fight a Delirious Afflicted Monster, you must inflict enough damage or they will cause an explosion of energy called Anomaly Burst, which will do massive damage to your HP and also knock you back violently. Delirious monsters will also display something called Anomaly Cores that look like bright red spots in different parts of their body. Hitting and destroying those cores will allow you to cause significantly more damage per Core broken until they reach the Pacified state, a temporary stage where the monster will be back to normal and be prone to more damage.

Remember, Afflicted Monsters can't be captured by any means, so don't waste your time and give it all in the battle to defeat these powerful foes. After you finish an Anomaly quest, you will receive new components called Afflicted Materials that can further upgrade your weapons or craft new armor sets.