Tabletop studio Games Workshop has been teasing the return of the gigantic Gargants to Warhammer Age of Sigmar for the past few weeks, and boy oh boy do they look good.

In the old days, long before the end of the world and return of Sigmar, Giants roamed the realm of Warhammer Fantasy. They were impressive and monstrous creatures that stood tall, overshadowing the little people far below. They became the centerpiece of many an army and you knew if you were facing one, you had a tough time coming. But for all their might, they also had their weaknesses, and both generals would need to play to their strengths to protect or destroy these weapons of mass destruction. When the old world ended and a new era was born, the giants faded away and until now have rarely been seen.

The new Battletome introduces the Sons of Behemat to Age of Sigmar, bringing with it plenty of options to field an army of giants. You will also find lore updates that go into detail about their origins and roles on the battlefield. Two options are available for players; you can field an army composed entirely of Gargants with the new Mega-Gargant commanding his troops of smaller giants, or you can include Mega-Gargant Mercenaries in your own army by adhering to specific rules.

No Battletome is without new models, and GW has several available. There are three new Mega-Gargant variants available that come as a plastic injection molded multi-part kit. The Kraken-eater is usable by Order and Destruction, Warstomper by Chaos and Destruction, and Gatebreaker by Death and Destruction. Accompanying the Mega-Gargant are the Mancrusher Gargants. These are smaller in size and make up the bulk of a Gargant army. There are three different types that can be put together from this kit; Mancrusher. Aleguzzler and Chaos. As expected from these multi-option kits, there will be plenty of spares to add to your bits box. All kits feature highly detailed sculpts of a high standard, as expected from GW. 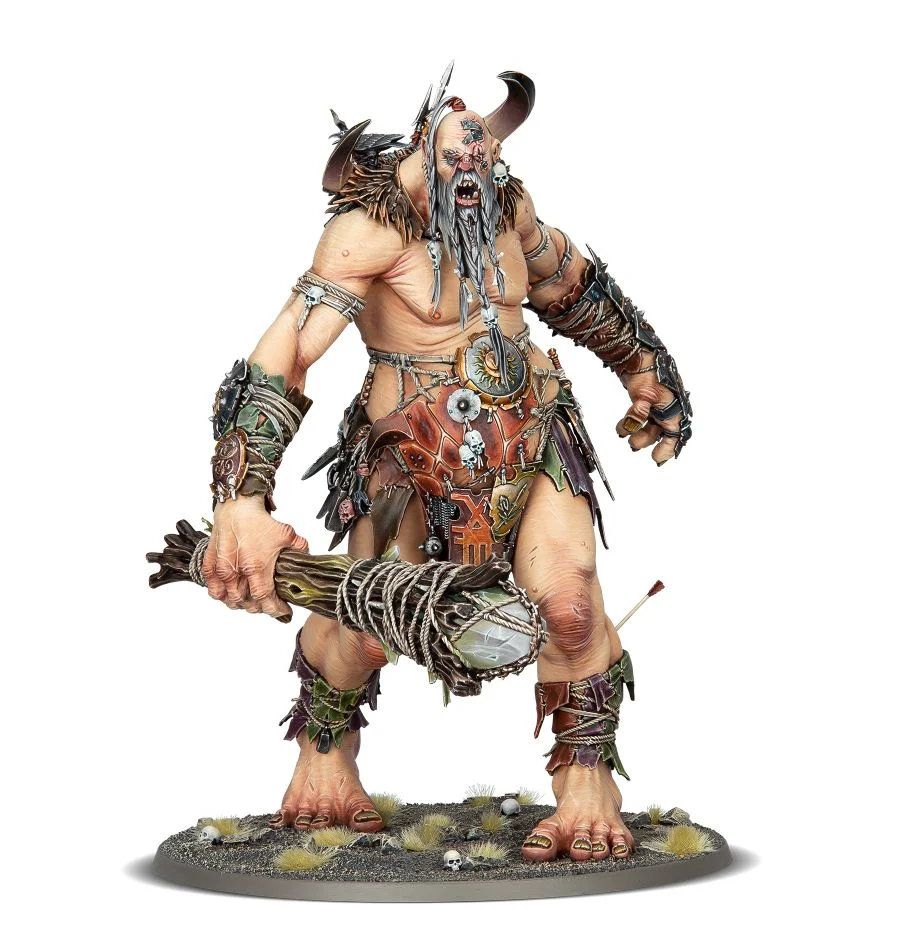 While not cheap, these new Gargant kits are a stone throw away from the metal cast giants of the 1980s which were notoriously difficult to build. Their heavy nature left them prone to damage when used or transported, and many a quick fix had to be deployed. Thankfully, this is no longer the case. The Mega-Gargants are available for $195/£120 and the Mancrusher Gargants for $125/£75. You can preorder these up until October 17th, when they will hit shelves in your local game stores.