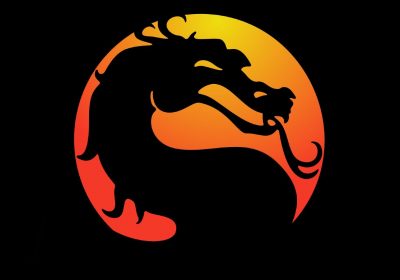 Get over here! No, really get over here, I have a pretty cool piece of Mortal Kombat history to show you. One of the co-creators of the gory fighting game has shared a look at the original drawing of the iconic dragon logo. Even more, they shared how the image came to be and what went into digitizing a pen-and-paper drawing in the early nineties.

This piece of video game history comes from Mortal Kombat co-creator John Tobias. The game designer and comic book artist took to Twitter to share the image and discuss the inspiration behind it. According to him, the idea to use a dragon for the fictional tournament came from the game’s original name. Before Mortal Kombat was, well, Mortal Kombat, the fighting game was called “Dragon Attack”. This was a nod to Ed Boon’s love of the band Queen and the song of the same name.

Before the name change, a lot of work went into crafting the dragon logo. Tobias wanted something that would represent the fictional in-game tournament and brand the franchise. The eventual outcome was a dragon design inspired by the yin yang symbol, which fit into the mythos of the game concerning balance and harmony between life and death. Although, he did almost scrap the dragon design after his sister mistook it for a seahorse.

Tobias goes on to explain how the final design was digitized into the game. It involved videotaping the pen-and-paper drawing, then tracing it with pixels to use in the game. A crazy concept considering artists today can simply draw directly into computer programs. Gotta love the nineties.

With the fatality-featuring franchise celebrating 30 years this year, Tobias’ thread is an interesting look behind the scenes of one of the most iconic game series ever!