Mortal Kombat Fans Are Sharing The Series’ Most Overrated Characters 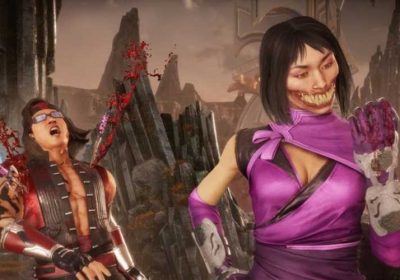 Mortal Kombat fans are sharing their thoughts on who the most overrated character in the series is, with some of the popular picks including Quan-Chi, Mileena, and pretty much all of the Special Forces members.

With close to 80 characters across 31 years' worth of games, the Mortal Kombat series has a whole host of characters ranging from the iconic like Scorpion to the much less popular picks like Meat, and even the ones that the whole community seems to hate. Don't even get us started on Hsu Hao.

Even though each Mortal Kombat has a wide variety of fighters to select from, there are always going to be some that are a bit more popular than others. Sometimes it's for good reason, but other times there are fighters who are given a bit too much attention across the series. Redditor LinkMix started a discussion on these "overrated" characters over on the Mortal Kombat subreddit, and there are some interesting answers, with a surprising lack of votes for the obvious picks like Scorpion and Liu Kang.

Redditor Aidan_W99's answer of "half of the 3D-era characters" may not be very specific, but it's currently the most upvoted comment within the discussion. They argue that the Mortal Kombat subreddit is full of posts that claim to miss characters from that era, despite the character picks always being generic. Again, not specific, but a lot seem to agree with it.

One popular (and brave, considering how much the Mortal Kombat community raves about this character) answer comes from Redditor Alien_X10, who called out Mileena as being overrated. They argue that, although they like Mileena, she gets a lot of attention when her origin of being created by Shao Kahn is also shared with Ermac and Skarlet, two characters who don't get enough attention.

Another popular answer comes from Redditor CarterS20884, who says that the Special Forces characters "annoy the shit" out of them. Two of the most prominent members of the Special Forces are Sonya Blade and Jax, but it's worth pointing out that by Mortal Kombat X, pretty much every good guy is on the Special Forces. Let's hope they don't include Johnny Cage in that bracket.

For a more meta answer, Redditor RealmJumper15 says that Quan-Chi is overrated, but by NetherRealm Studios, not the community. They say that NetherRealm has given all of Shang Tsung's best attributes and victories to Quan-Chi over the years, despite Tsung being a much more interesting character overall.