Home » News » MTG’s Phyrexia: All Will Be One Card Lets You Kill Your Opponent In Just Two Turns 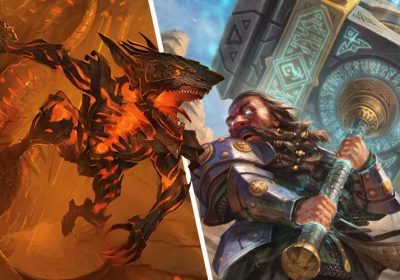 Magic: The Gathering’s next set, Phyrexia: All Will Be One, is currently being previewed. While we’ve seen all kinds of big, splashy cards, the one that’s given players the fear is, of all things, a tiny little Goblin Warrior.

With just three cards and two lands, Cacophony Scamp can wipe an opponent out as early as turn two. Even more scarily, this combo works in both Modern and Pioneer, where it could give birth to a new take on the deck known as Hammer Time.

As noted on Reddit, Cacophony Scamp is an unassuming 1/1 Goblin Warrior costing just one red mana. It doesn’t have haste, but it does have two big upsides: it can sacrifice itself once it’s dealt combat damage, and when it dies, it deals damage equal to its power to any other target. 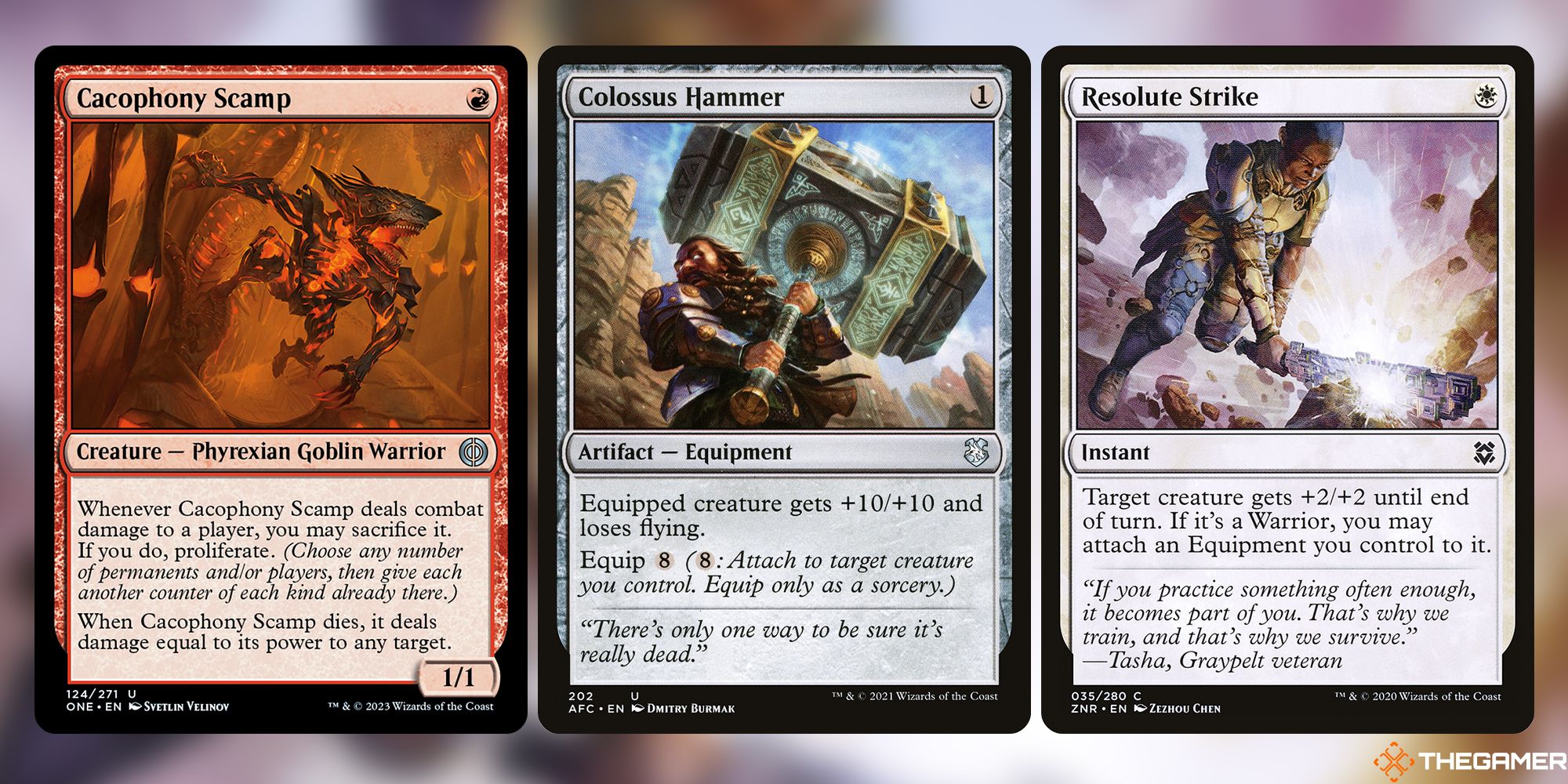 With these two abilities, Cacophony Scamp becomes an absolute fiend when paired with the Hammer Time staple, Colossus Hammer. It costs only one mana and gives a creature +10/+10. The downside is usually that it’s so expensive to equip, but with one more spell – the white instant Resolute Strike – you can cheat that cost and put it on the Scamp straight away.

To get the turn-two win, play a Mountain on your first turn, and then play Cacophony Scamp. On your next turn, play Colossus Hammer, then Resolute Strike, and attach the Hammer. The Scamp will now be 13/13. If you manage to connect and deal 13 damage, you can then sacrifice the Scamp and deal 13 more, taking the win. 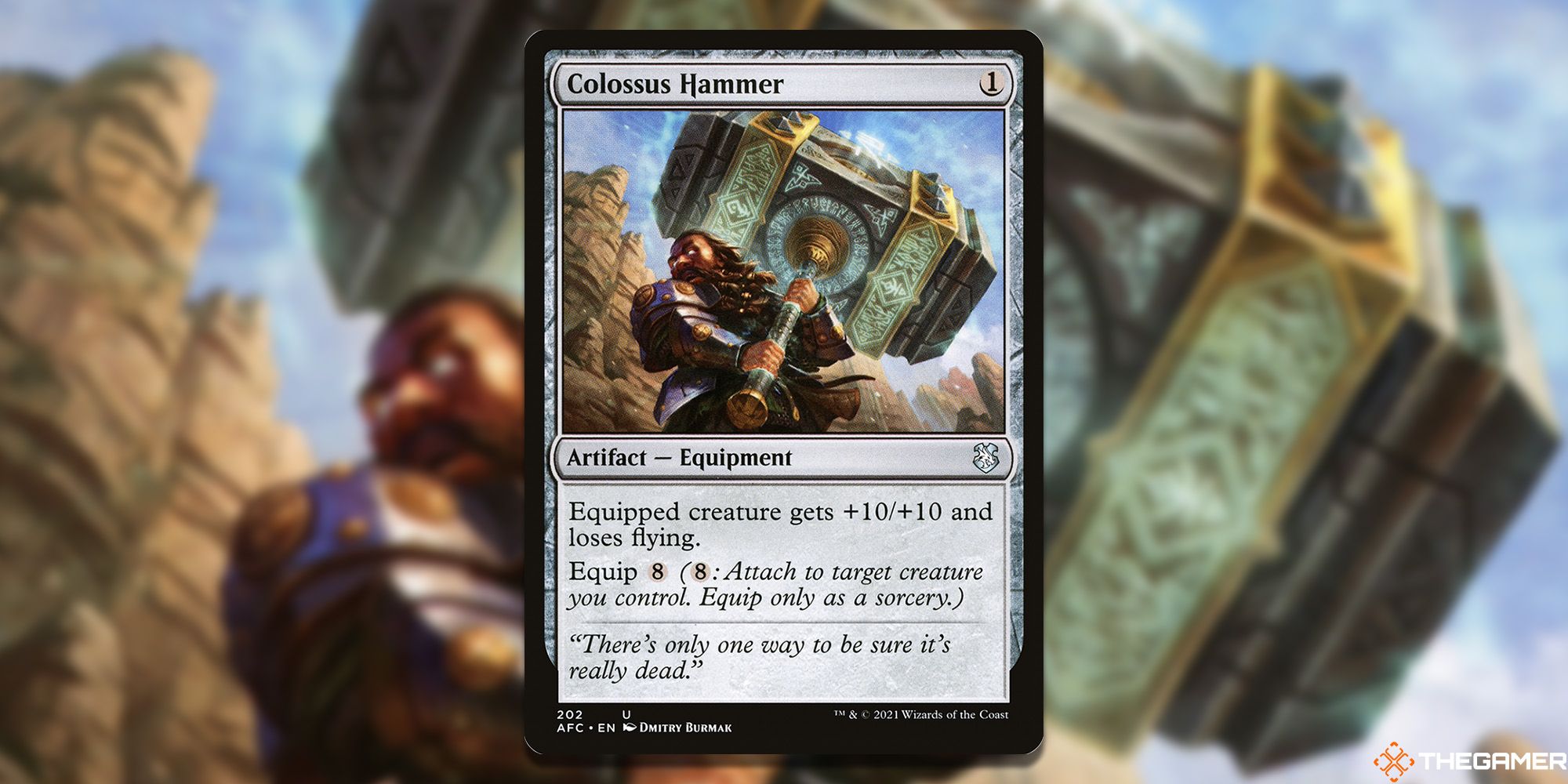 Colossus Hammer decks have been a part of both Pioneer and Modern for a long time, but the top decks rarely use red cards. Cacophony Scamp could easily change that, making a more glass-cannon-style deck that aims to win quickly or not at all.

Of course, there are numerous ways this combo can fail. The classic “dies to removal” applies, but also if your opponent gets a creature out on their first turn, you’re pretty much stuck. You also need to have at least four of the five required cards in your opening hand, which is a big ask.