Home » News » MultiVersus: How To Play As Bugs Bunny

MultiVersus: How To Play As Bugs Bunny 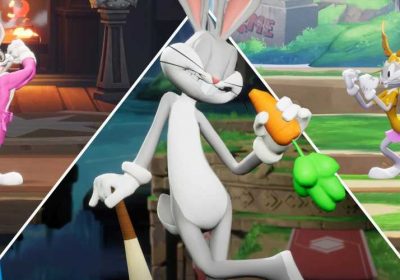 Bugs Bunny has been a staple of MultiVersus from the outset. He is one of the poster boys for the game. This boisterous bunny is also a pretty versatile character who can control space, bat enemies out of the air, and hit his enemies from a distance with a unique set of projectiles. 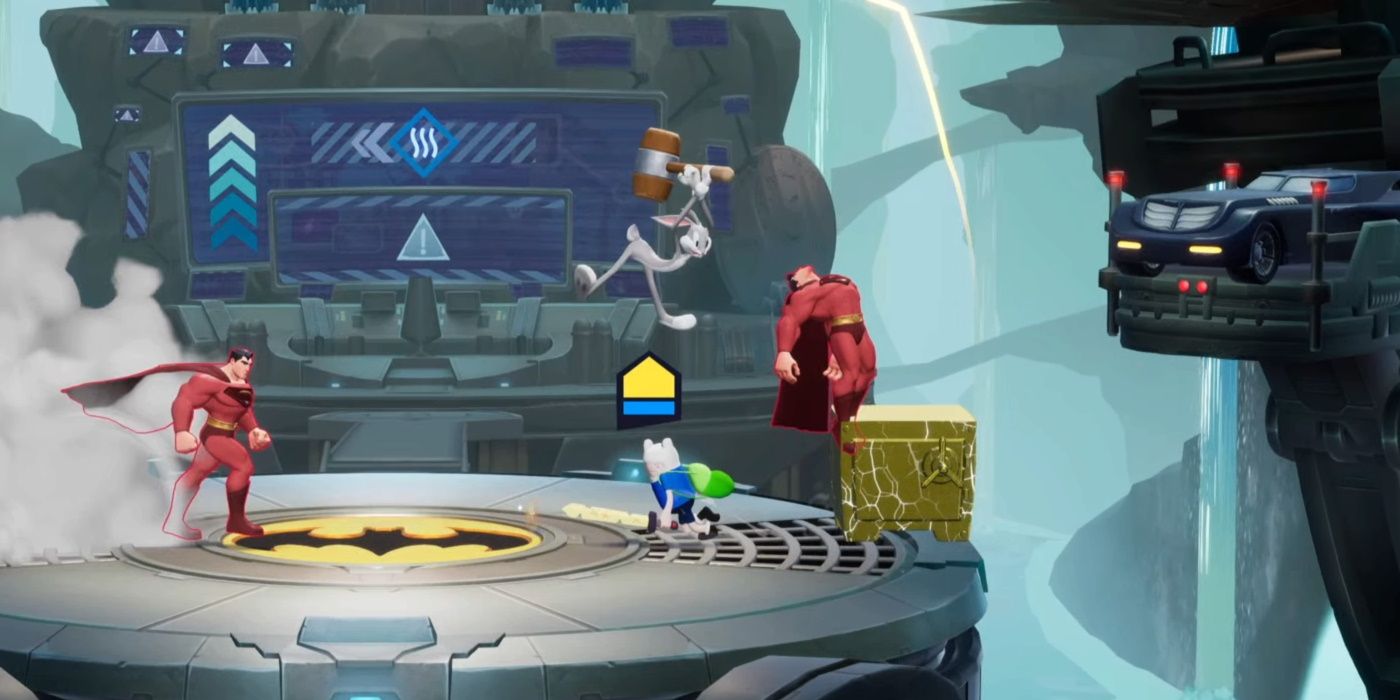 Before we get into the nitty-gritty of Bugs Bunny, let's quickly tally his most potent attacks. His Flying Rabbit's Foot is an extraordinarily good approach option from the air and will ringout opponents. Bugs' Swing Batta Batta is a fantastic aerial attack for hitting opponents above him and will lead to ringouts at the top of the screen. Finally, his best projectiles are his Safes and his Rockets. The rocket is more potent and easier to get out, but once his safe is airborne it will control just as much space and is another excellent tool for controlling the arena. 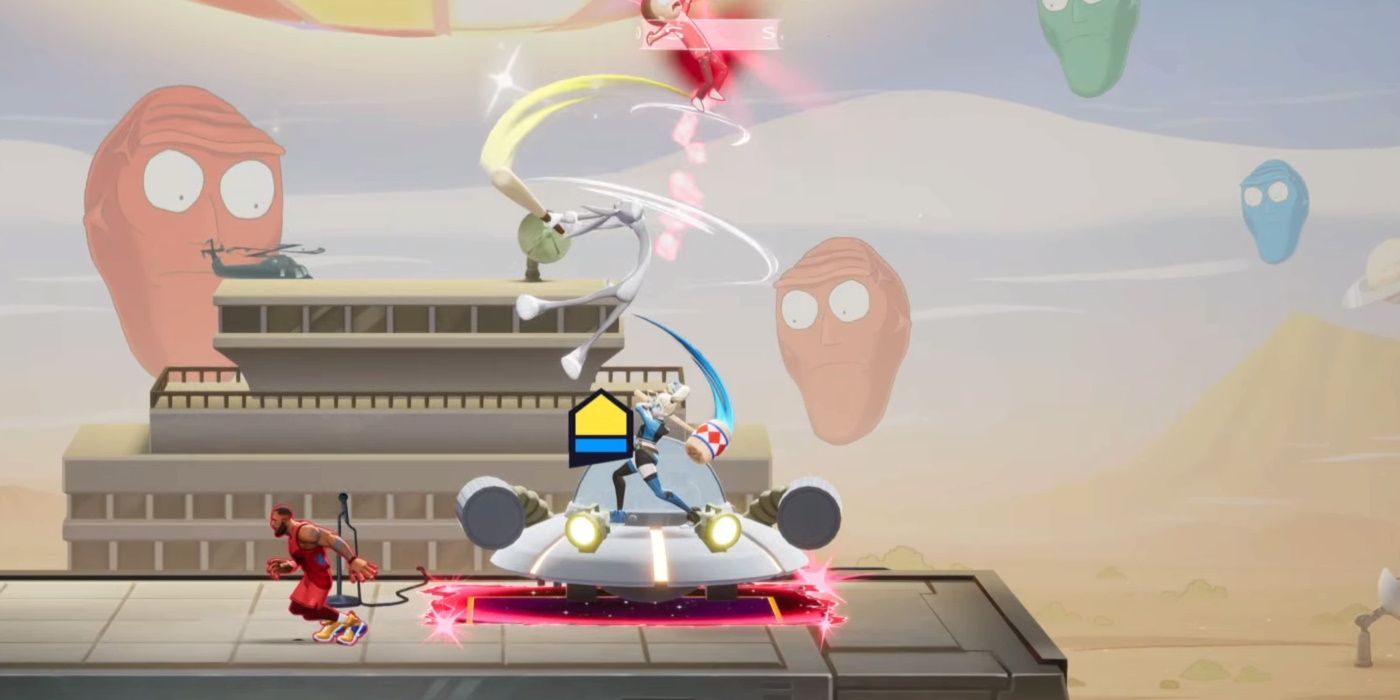 So, what does this tell us? Well, that Bugs has a number of dangerous projectiles that will fill large swathes of the stage, and that he is very capable of knocking his opponents off the screen when he is below them. This right here is an excellent starting point for understanding Bugs. One of his most potent strategies is to send a giant projectile your way, wait for you to hop over it, and then bat you out of the sky.

A smart Bugs will also set up his Bunny Burrow early, as it makes for a quick way for him to get some distance and restart his projectile game once enemies start to crowd him. And opponents will have to be smart about approaching Bugs, as if you are a hair too late, you may end up catching his mallet when he is hitting the safe, or bumping into his rocket. 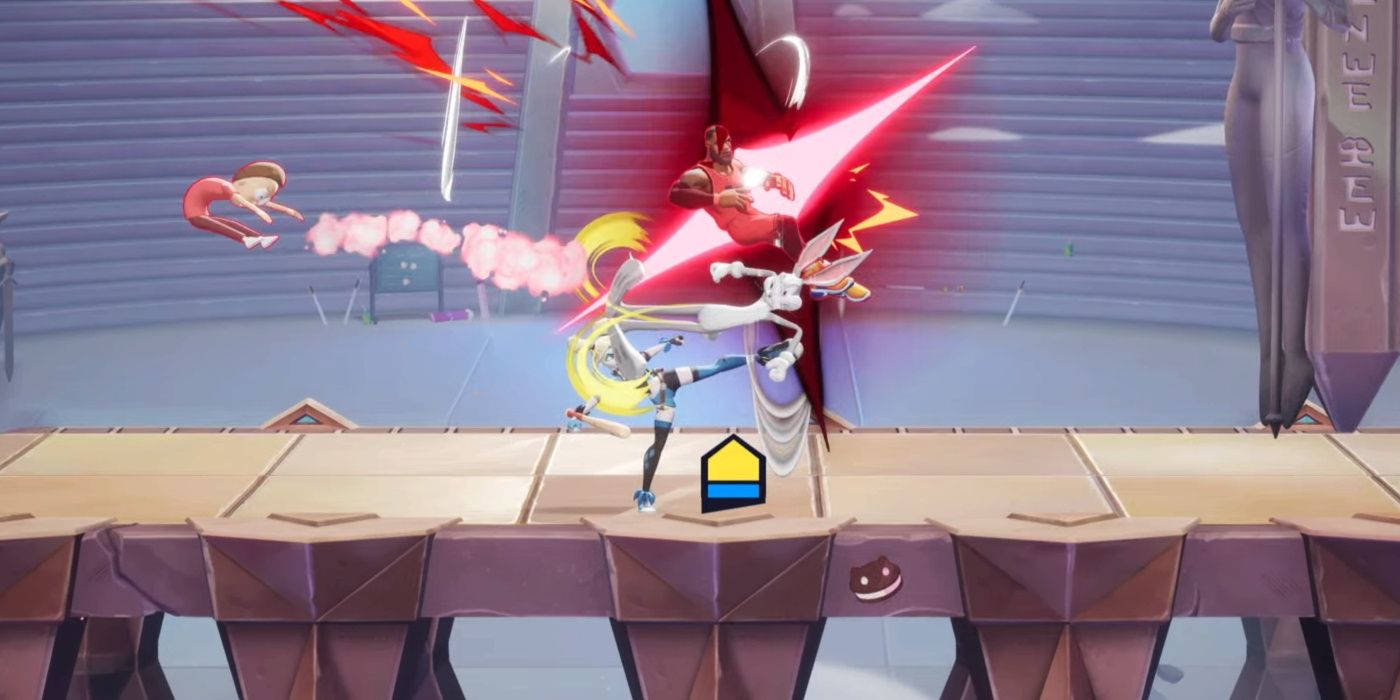 However, it isn't all keep away with Bugs, his Lucky Rabbit's Foot is an amazing drop-kick attack that has a fantastic hitbox. This is a good move to throw out when you see an opponent who is committed to an attack, or when you are trying to take care of a wounded enemy. It is also Bugs' best edge guarding move. If they were weak enough to get knocked off the platform, then they likely won't survive eating the fully charged drop kick. Keep in mind that this move hits close to the ground as well. So, despite it being an aerial attack, it is great for fighting grounded opponents. 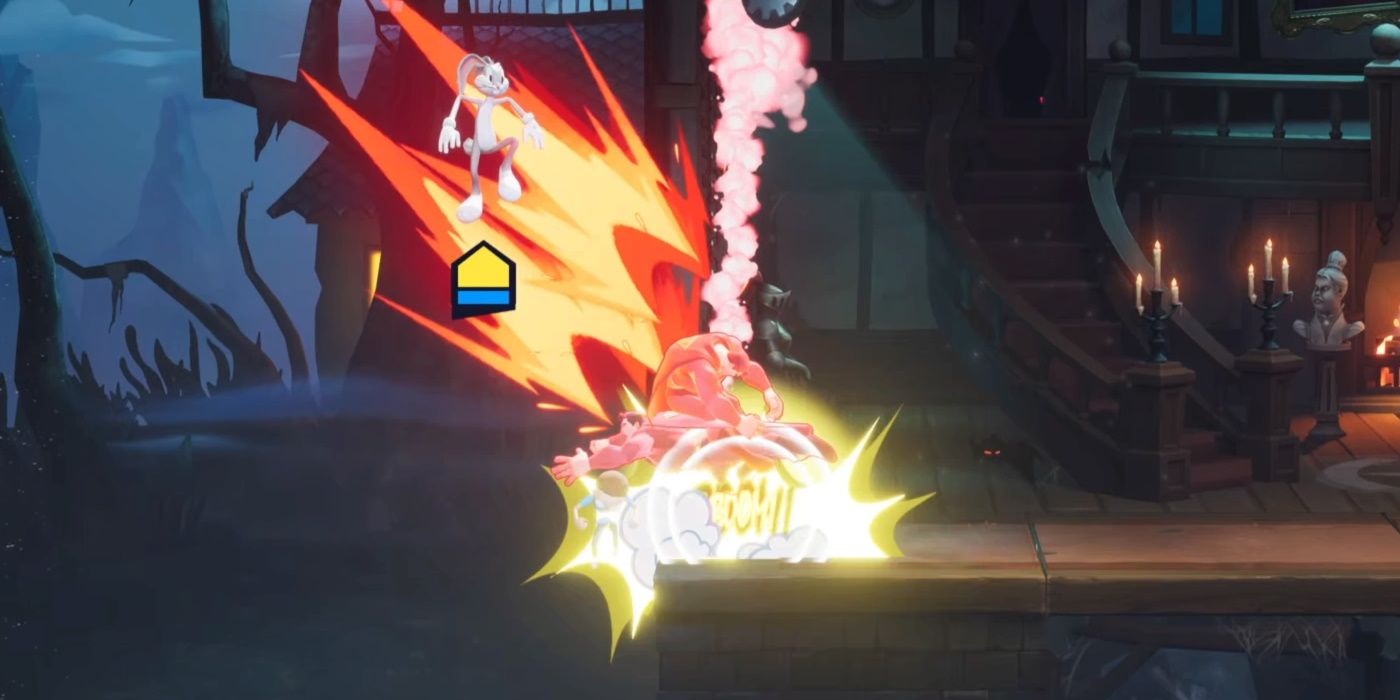 So, in summary, you are going to use projectile attacks to cause havoc on the screen, you are going to bat opponents out of the air with the Swing Batta Batta attack when they are above you, you will escape pressuring enemies with your Bunny Burrow, and you will pursue enemies with your Lucky Rabbit's Foot. Throw out a pie every once in a while to heal your partner and slow your enemies, and maybe give an opponent a kiss if you are feeling extra bold. Follow this basic strategy and you will be playing a pretty clean Bugs Bunny 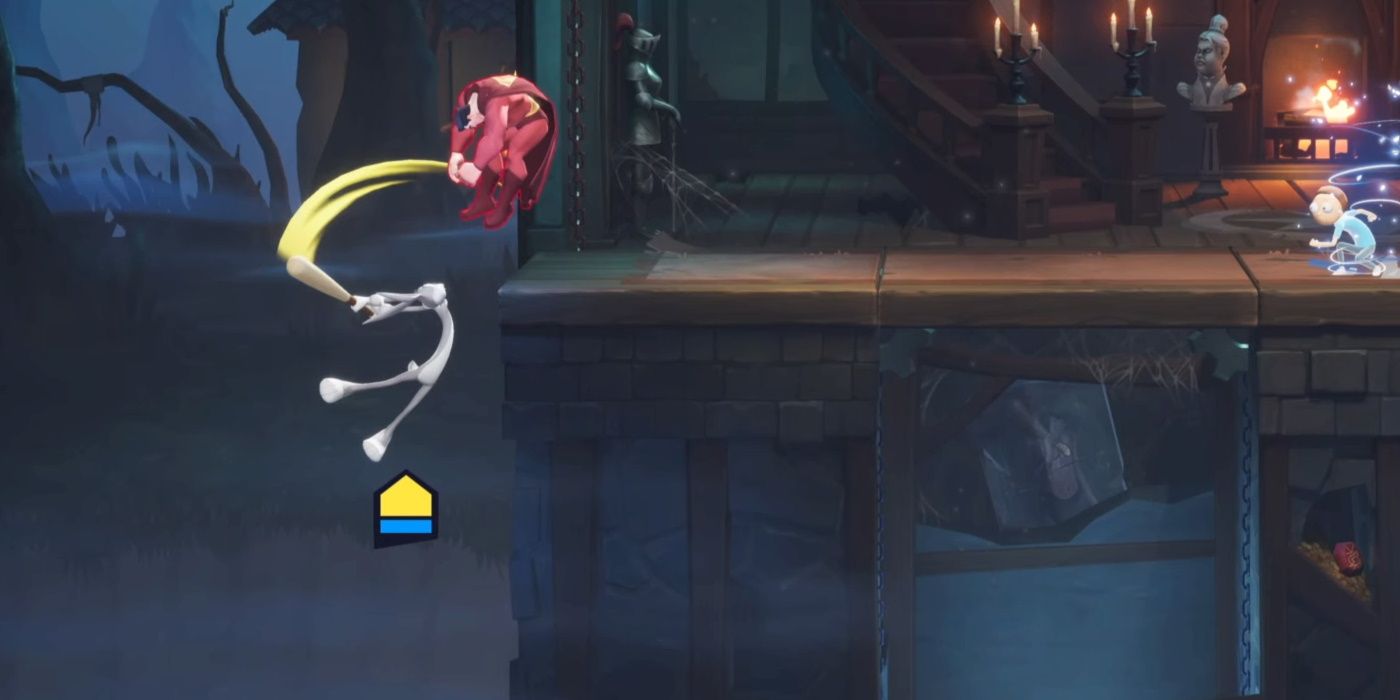 A quick note on recovery… Bugs Bunny has excellent recovery options: his Rocket Rider will get him right back to the platform for free, and even if he is out of rockets, he will be able to use his helicopter ears to get back without much issue. If you are clinging to a ledge, and your opponents are trying to spike you, use your Swing Batta Batta attack to whack them from below. 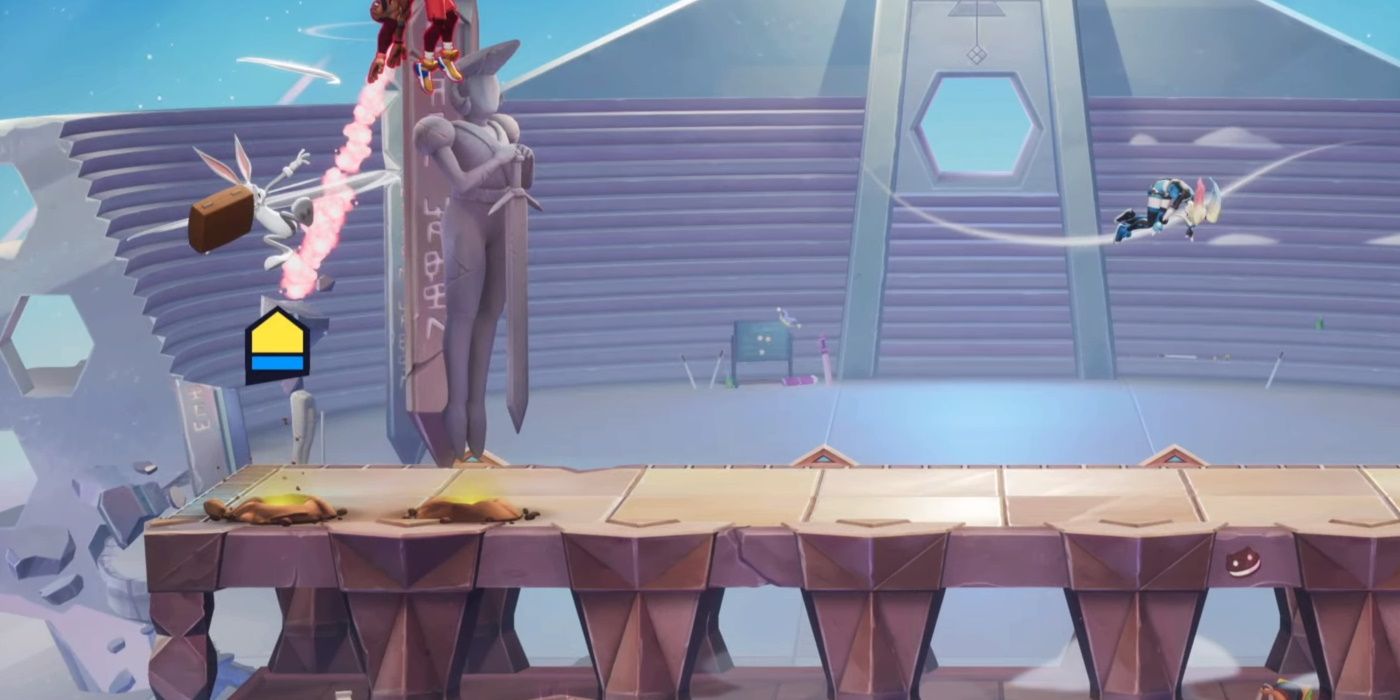 Bugs has a few moves that benefit the team greatly. For starters, his Bunny Burrow can be used by his partner, which gives them a nice escape option. He can also heal them (for a small amount) with his pie throw. Then there is the kiss…

If your partner knows how the kiss works, they can hold up for a second and receive one to become enraged (which will allow them to apply stacks of weakness to an enemy). However, you are going to need to be on the same page for this to work. This makes it a pretty good tool when playing with friends, but close to useless when playing with randos. 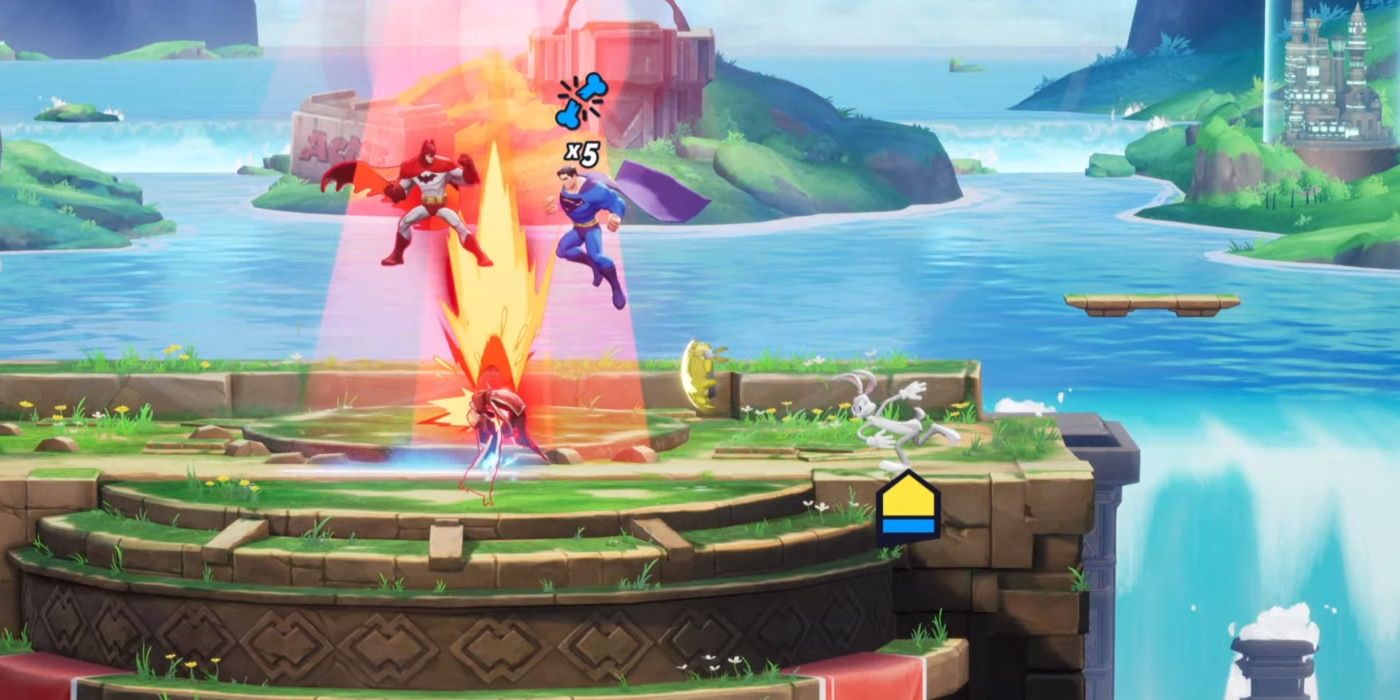 Beyond that, your partner will benefit greatly from the chaos Bugs' projectiles cause. Especially a character like Harley or Superman, who have excellent kill options in the air. Bugs forces his opponents to take to the sky frequently. If your partner performs well in the air, then they will be a great fit for a Bugs team. 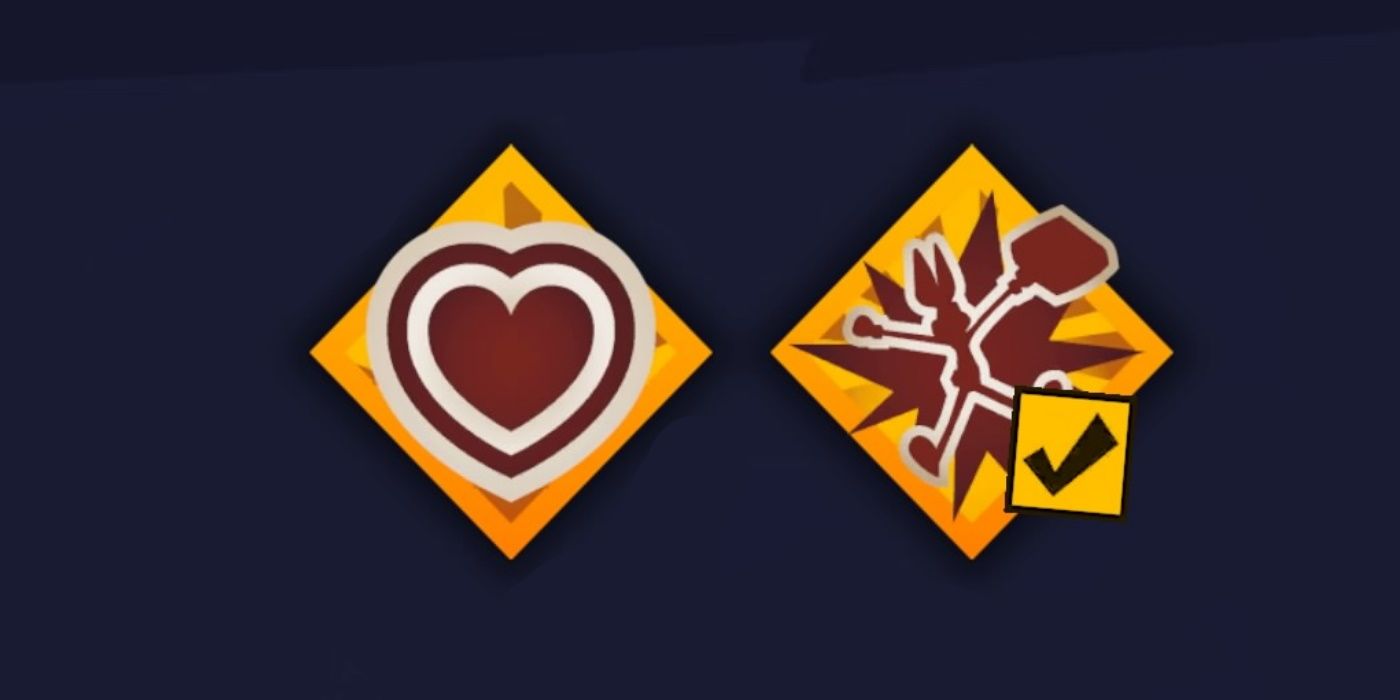 Comin' Through Doc and Lingering Love are both great perks. However, you are going to have to decide what you want… Do you want to make Bugs' Bunny Burrow—a move you will probably use frequently—even more potent? Or would you like to greatly improve the usability of his Ain't I A Charmer kiss attack? Both are valid options.

Comin' Through Doc will make it so that leaving the Burrow will create a shockwave, this is great and makes that move even more potent. Lingering Love makes it so that the heart will stay out, becoming a floating projectile, which will cause your enemy to be stunned when they collide with it. Now the stun will be shorter, but it is still a nice thing to have and will help to control that space. We tend to go with the Comin' Through Doc signature perk, but we think you would be better off trying both out. They're both great!